US and China fail to reach agreement on climate crisis 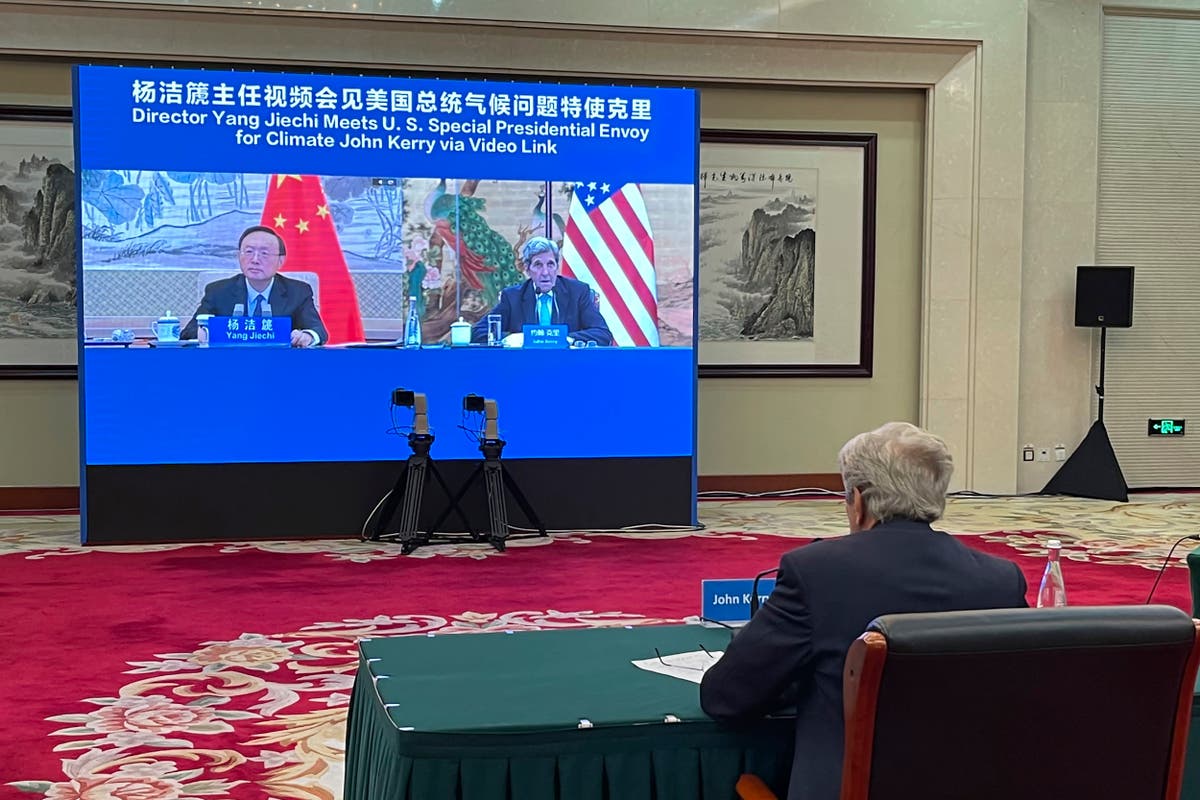 The US and China have failed to reach an agreement on tackling the climate crisis, less than two months before the consequential United Nations summit in Glasgow.

Beijing pushed back on calls from Washington to make more public and ambitious pledges to tackle its carbon emissions, saying that the US government cannot expect cooperation in this area while attacking China on other issues like human rights.

“China already has its own plans and road map for achieving its climate goals,” Chinese leaders told US climate envoy John Kerry this week, according to a report in the South China Morning Post (SCMP).

The apparent stalemate between the two superpowers – and the world’s largest polluters – reveals a concerning impasse in the final weeks before COP26, the UN conference to be held in Glasgow, Scotland, this November.

The climate talks are widely seen as crucial to hopes of keeping global heating within a safe limit of 1.5C above pre-industrial levels.

After the US exited the Paris Agreement – the international accord to keep global heating within safe limits – during the Trump administration, China took a more prominent role on climate issues on the world stage.

The superpower is a world leader in producing solar panels and wind turbines for renewable energy, and is outstripping the US in the electric vehicle market.

During a climate summit at the White House earlier this year on Earth Day, China’s President Xi Jinping was the first global leader to speak after Mr Biden.

Mr Kerry negotiated the 2015 Paris Agreement as President Obama’s secretary of state and has a long-standing relationship with his Chinese counterpart, Xie Zhenhua, who he met with this week in Tianjin.

While both nations agree that the climate crisis must be tackled, China says the US cannot expect to work on the issue in isolation. For example, the US government has imposed sweeping sanctions on Hong Kong and Chinese officials over Beijing’s crackdown on the city with sweeping national security legislation.

“The US side wants the climate change cooperation to be an ‘oasis’ of China-U.S. relations,” Foreign Minister Wang Yi told Mr Kerry. “However, if the oasis is all surrounded by deserts, then sooner or later, the oasis will be desertified.”

Mr Kerry told Mr Han that there was “no way” for the world to solve the climate crisis without China’s “full engagement and commitment.”

After the meetings, Mr Kerry said that while his mandate is focused on climate, he would convey China’s concerns to President Joe Biden and Secretary of State Antony Blinken.

President Biden announced in April a new US target to achieve up to a 52 per cent reduction from 2005 levels of greenhouse gas pollution in 2030. He has promised to set the country on a path to net-zero emissions by no later than 2050.

The target is non-binding but nevertheless symbolically important, and gives the US a renewed position of credibility from which to press other nations to increase their goals.

China has pledged to be carbon neutral by 2060 and promised that coal use will start to decline after 2025 – despite the country currently generating nearly two-thirds of its power from the fossil fuel.

The US produces around 15 per cent of global carbon dioxide emissions that are cooking the planet. China produces about 28 per cent.

The bilateral talks come as the US experiences severe impacts linked to the climate crisis including prolonged wildfires in the US West and catastrophic flooding and tornadoes from Hurricane Ida in the East.

Dozens of people have also been killed this summer in China when catastrophic flooding hit a number of major cities.

Wires contributed to this report

Opinion: Are we serious about saving Africa’s elephants? It’s time to prove it

How to sleep during a heatwave, according to experts