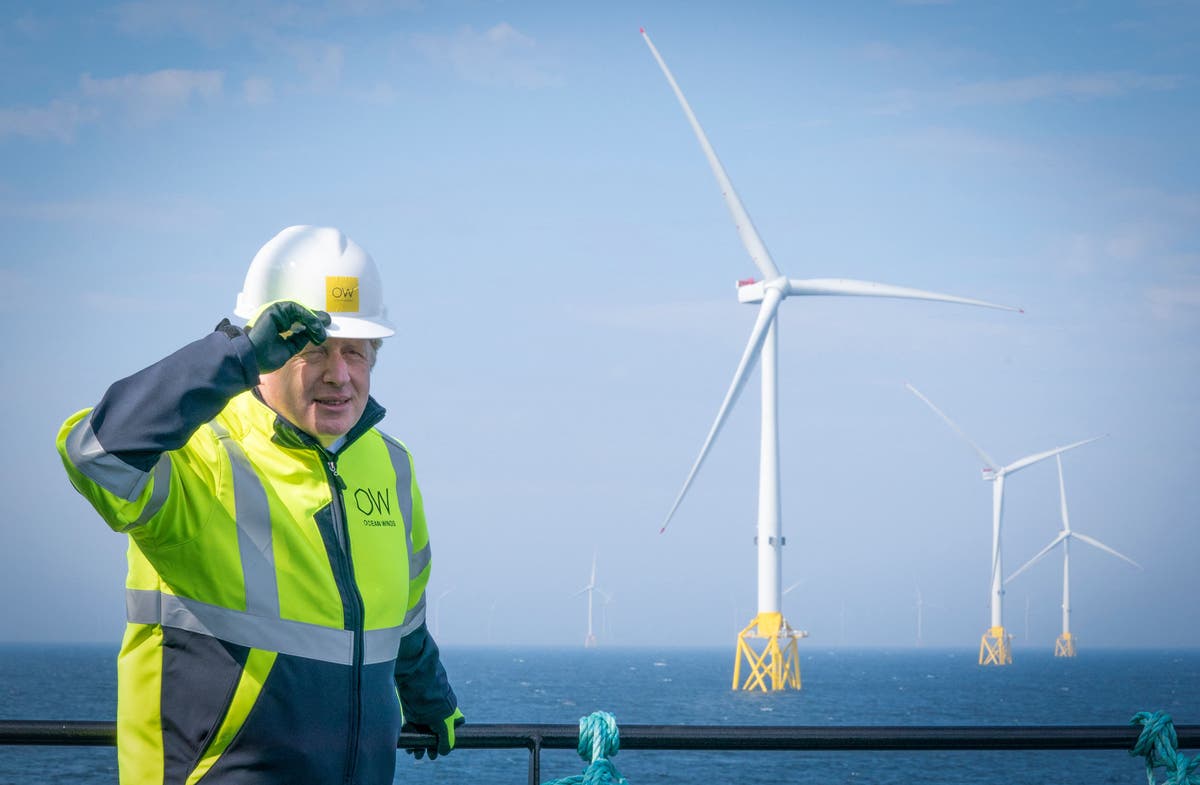 The UK must build the equivalent of a 1.2-gigawatt offshorewind farm – the largest ever built – every 10 weeks for the next 20 years in order to hit its legally binding net-zero targets, a report from the Tony Blair Institute claims.

The report highlights how the current energy crisis, which has resulted in numerous small energy providers going bust, has exposed “profound problems of design and regulation in the retail and wholesale energy markets”, and says without major adaptation, the energy market is heading towards a greater level of centralisation and higher costs for consumers.

It warns that without an overhaul, up to 90 per cent of all electricity generation in the UK will be on a government-backed contract.

As a result of prolonged government support, the report’s authors warn that by 2035 energy providers will have “limited incentives” to respond to supply and demand.

Instead, the report urges a new effort to adapt to deliver a flexible, affordable system.

The report’s authors, Tim Lord and Phil McNally, said that while the UK has led the way on innovation in energy tech and markets, fundamental market reform is now needed to deliver a net-zero energy system that is sustainable and keeps costs affordable for consumers.

The report sets out the scale of the challenge in decarbonising the power sector.

The UK was the first major economy to set a legally-binding net zero goal for 2050, and between 1990 and 2019, the country’s emissions fell by 44 per cent, with two-thirds of cuts coming from the power sector.

However, this has largely been due to a rapid reduction in the use of coal and greater use of gas and renewables, making further significant emissions cuts requires greater effort.

In October this year, the government said that in order to hit carbon neutrality by 2050, the UK is now aiming to decarbonise its power sector fully by 2035.

This includes a major roll out of renewables, including 40GW of offshore wind.

Previous analysis suggested that reaching 40 gigawatts (GW) of offshore wind capacity would require £50bn of capital investment and the completion of a turbine every weekday for the next 10 years.

Pulling off such a feat would put the UK at a world-leading level of renewable generation – almost double the whole of Europe’s current offshore wind capacity, which is around 25GW, including existing UK turbines.

But it is not only building and installing renewables which remains vital to improving energy efficiency in Britain.

The Tony Blair Institute report warns: “The transition to a zero-carbon energy system means fundamental changes in the way energy is produced with an expanded role for the electricity sector, increasing need for generation technologies to change how we produce and store electricity and, in response to less predictable supply, consumers must be empowered and incentivised to flex their demand.”

Report co-author Mr Lord said: “The UK energy system is at a crossroads.  While we have cut emissions rapidly in the last decade, we are on a path to a system which is over-centralised and inefficient.

“It is possible to deliver a flexible carbon-neutral system that encourages innovation and strikes the right balance between government intervention and liberalised markets to keep the lights on and costs down – but only if we act now to fundamentally reform our energy markets.”

When is Cop26 conference in Glasgow taking place?

Are we prepared for 50C heat in Europe?

Boycott Black Friday if you care about the planet

WATCH: Blake Shelton Told This Contestant They Deserve to Win