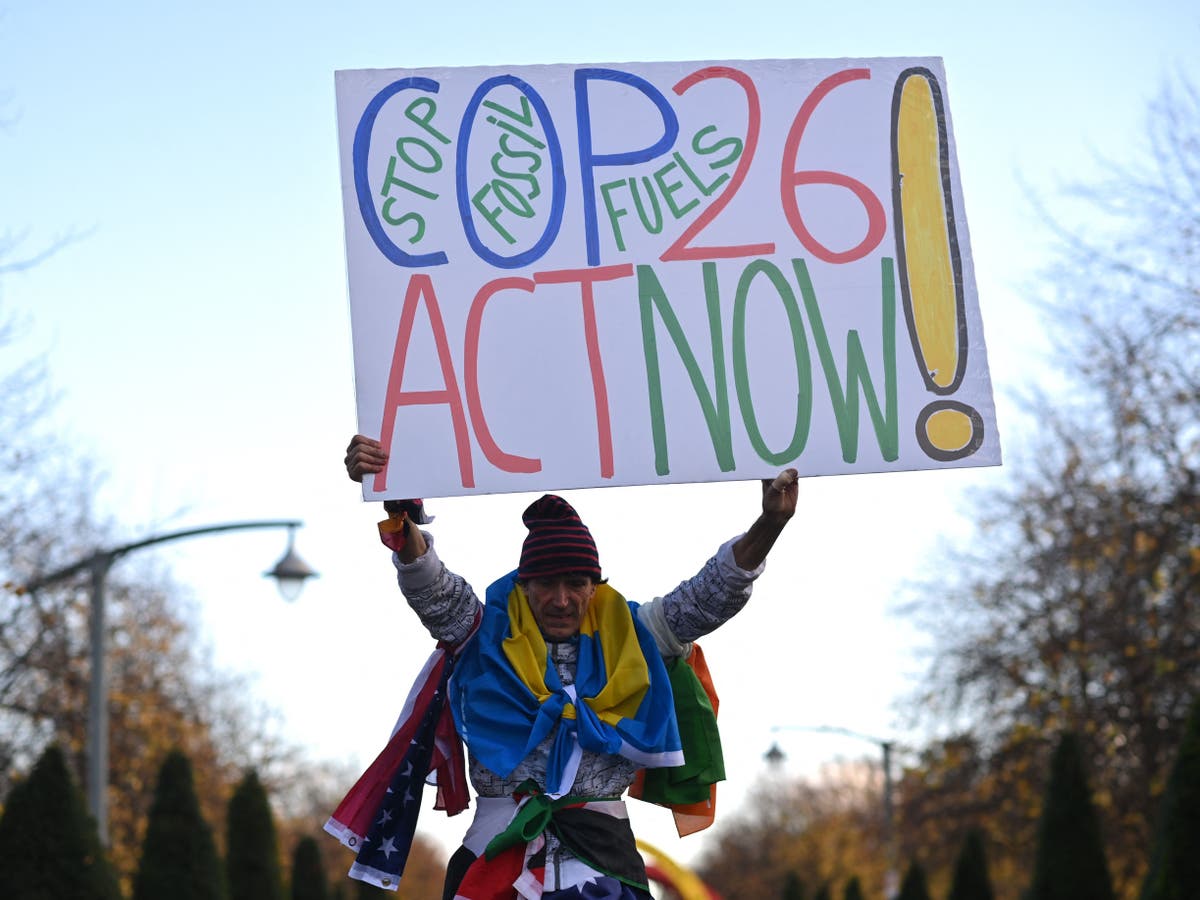 When it comes to the climate crisis, one thing’s incredibly clear. We’re running out of time.

Change is accelerating. Twenty of the hottest years on record happened in the last twenty two years. The Greenland Ice Sheet, the second largest mass of ice (after Antarctica) is melting seven times above its average. If the entire sheet were to melt, global sea levels would rise by seven metres and decimate every coastal town and city in the world.

Cop26, the UN’s climate summit in Glasgow is a pivotal moment in stopping this slide to catastrophe. I’m attending, not just as Chief Scout, and Chief Ambassador of World Scouting, but as a father, and as a citizen of our planet, who believes we must take a stand before it’s too late.

Deforestation continues unabated. We’re losing the equivalent of 30 football pitches of forest every minute, and within a century, our rainforests could vanish completely. These are the lungs of the Earth and home to 80 per cent of the world’s land-based plants, animals and insects. Without our forests, our future as a species is untenable.

This is not alarmist talk. These are the facts that our scientists have been telling us for years. And for years, they’ve been ignored.. There are many reasons for the current situation. I am not here to apportion blame instead I want to focus on helping the plant thrive again and be capable of supporting future generations of young people.

The good news is that things are changing, but slowly. Denmark, the UK, Portugal, Costa Rica and others, are now making big changes and implementing more progressive policies. They’re showing that a sustainable future can also be a prosperous one, with new, profitable greener industries emerging. People want a better future and they’ll hold leaders to account if they’re not prepared to work towards it.

And of course one of the reasons that things are changing is our young people. They’re putting pressure on world leaders to face up to their responsibilities. Greta Thunberg has helped the world open its eyes to the dangers we’re facing. I salute her courage and her single-minded commitment to change. She’s inspired me, and millions of young people.

I’ve spent my life in the outdoors. I’ve seen the great forests of the Amazon; the mountains of Nepal. I’ve looked out at the world from the summit of Everest. I know how much we have to lose. These are precious reminders of our planet’s majesty and beauty. And yet, the power of incredible places is deceptive – we live on a fragile Earth, and we’re slowly choking our home. It’s just a tragic thing to destroy the only home we have.

If we want a healthy world to pass onto our children and grandchildren, we cannot afford to ignore the facts. Put starkly, we are the last generation that can make a difference before it’s too late – before global warming slides out of control.

That’s why, we, as Scouts, are taking action. Our “Promise to the Planet” is an incredible, youth-led global campaign against climate change. It’s our moment to say enough is enough. We’re uniting 57 million Scouts around the world to use their voice in the fight for our planet’s future. When I attend Cop26 with a team of Scouts from across the globe, we want to hear the world leaders make real commitments to tackle climate change fully and do the right thing for us all. It will be tough but they need to make it happen – we are counting on them.

We’ve got some incredible people supporting us too. Scout ambassadors Ellie Simmonds, Ed Stafford, Megan Hine and Tim Peake and others, have all made their own promises to the planet too.

This is it. Our final moment to protect the planet and safeguard the future. We’ve made our promise, but we need world leaders to make theirs and for the sake of everyone and everything on Earth, we must not fail. United, we can leave the world better than we found it.

Bear Grylls is an adventurer, TV presenter and writer. He is also Chief Ambassador of World Scouting

Americans are eating more ultra-processed foods: 18-year study measures increase in industrially manufactured foods that may be contributing to obesity and other diseases

Coronavirus: 4 groups at the highest risk of long COVID, as per studies | The Times of India