Rail workers to go on strike in Scotland during Cop26 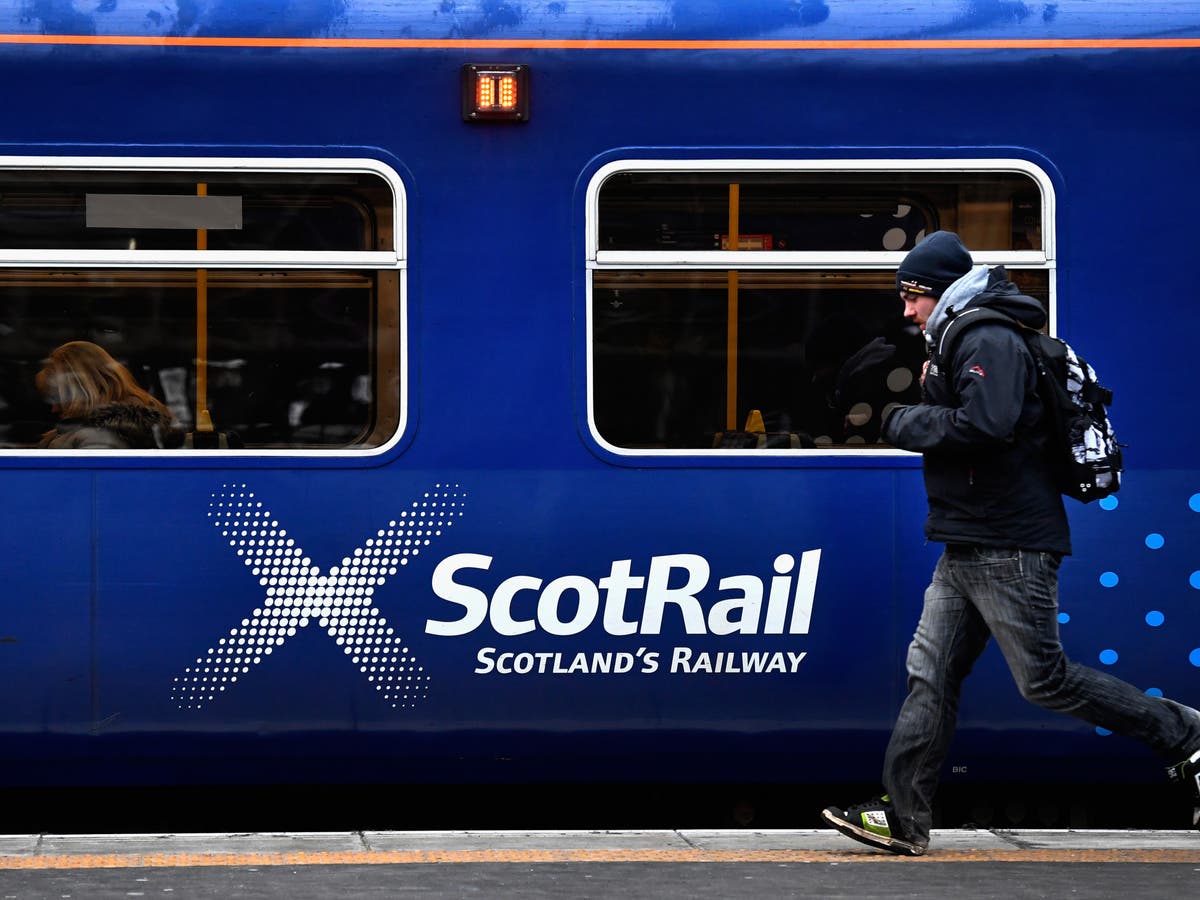 ScotRail workers will strike from 00.01am on 1 November until 11.59pm on 12 November amid an ongoing dispute over rates of pay and conditions.

This means some form of action is expected to take place the entire time world leaders, activists, campaigners and protesters are gathered in the Scottish city for long-awaited discussions on the climate emergency.

RMT members on the Caledonian Sleeper service – which is run by Serco, not ScotRail – will instead strike for shorter periods from 11.59am on 31 October until 11.58am on 2 November, and again for 48 hours on 11 November from 11.59am.

It comes as bin workers in Glasgow also voted to strike during Cop26 if there is not an improved offer from the Convention of Scottish Local Authorities (Cosla) on Monday to resolve a pay dispute there.

Announcing the result of a ballot, in which 84 per cent of more than 2,000 members backed more strikes over the ScotRail dispute, RMT general secretary Mick Lynch said both ScotRail and the Caledonian Sleeper “have had adequate time to come up with a fair pay settlement for Scotland’s rail workers in advance of Cop26” – but added they had instead “kicked the can down the road and left us with no option but to put this action on today”.

“We know that these strikes will close rail services in Scotland but the blame for that lies with Abellio, Serco and the political leadership at Holyrood,” Mr Lynch said in the statement.

“It’s time for all parties to take their rail workers seriously, get back round the table and give these staff at the front line of our green transport services the justice, respect and reward they deserve.”

When approached by The Independent, a Transport Scotland spokesperson stressed a “significant offer” had been made by employers since “this RMT ballot opened” and claimed the union “will now ballot its membership again on the substance of this offer”.

“We hope that RMT members and the other unions will agree and accept this offer, putting to an end existing and proposed industrial disputes and action,” the spokesperson said.

They added: “Rail workers have played their part in keeping the country moving through the pandemic and we are sure that they will see the importance of the moment and the role they can play in showing the best Scotland’s Railway has to offer as we welcome world leaders from across the globe to Cop26.”

The Independent has contacted RMT about the proposed offer, which it is understood was made at a meeting between unions and management on Tuesday afternoon.

Meanwhile, a spokesman for ScotRail told the BBC the “highly damaging” strike action was “extremely disappointing” as it faced a serious financial crisis in the wake of the pandemic.

It is the latest stage in a long-running dispute over pay and conditions and proposed cuts to services at the rail operator, which wants to reduce the number of services across Scotland by 300 a day from May 2022.

Numerous Sunday train services in Scotland have been halted for months as workers protest, adding to the large-scale disruption already predicted to hit Glasgow during the climate conference.

Asked if there was a plan in place to deal with ScotRail strikes or protests at Cop26, a Police Scotland spokesperson issued The Independent with a statement previously circulated by assistant chief constable Bernard Higgins about the force’s general approach to protestors at the conference.

“Police Scotland … will protect the rights of people who wish to peacefully protest or counter-protest at Cop26, balanced against the rights of the wider community,” it reads.

“We will provide a proportionate policing response to any protests and are already engaging with known protest groups to ensure their rights to peaceful assembly and protest are met.

“Those wishing to protest have a responsibility to do so peacefully and I would remind the small minority of people who may be intent on violent disorder or causing damage that we will deal with them swiftly and robustly.”

Nicola Sturgeon, Scotland’s first minister, said last week she hoped a resolution “that is in the interests of those who work in our railways” could be found before Cop26 begins.

Changes of aapa mires can be detected from Landsat satellite data

Better city design needs to be part of the climate solution

Ask Me Anything: Caroline Lucas answers your questions on the Cop26 climate summit

Opinion: Stop using China as a distraction from our own carbon emissions record

Last seven years on track to be hottest on record: UN – Times of India

Market is about to see the strongest earnings season of year, history shows