Opinion: There should be no more Cop climate summits. They’re not working 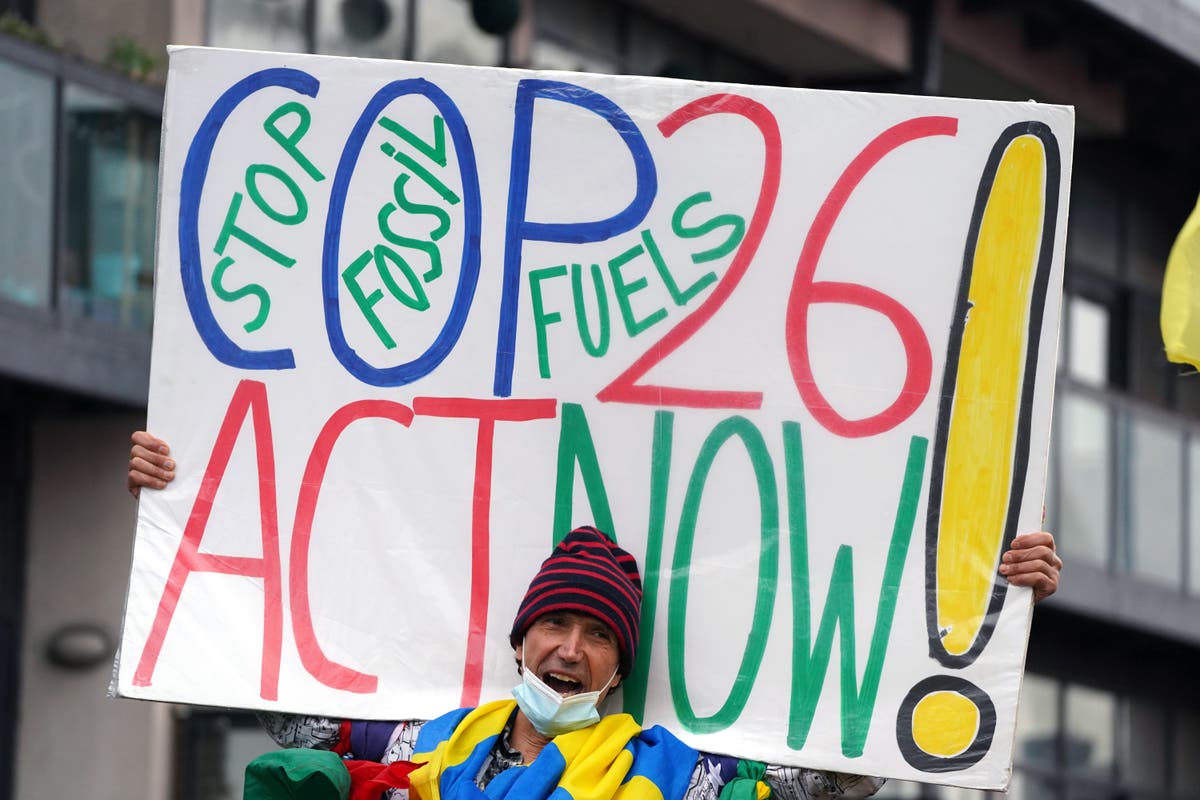 Our civilisation is launching out at full pelt over a cliff. What happened recently in Glasgow – the creation of a super-leaky, near-corrupt climate market; the pledge to come back next year with better promises on emissions-reduction; the weird verbal diarrhoea of “phasing down” coal – has made no difference to that fact. Our “leaders” have failed us.

Some people, many of whom should know better, have set aside the failure (because, in truth, that’s what it was) of this year’s talks with assurances that we can “come back next year and try again”. My response is that it will be the same old thing – they’ve had 26 chances already. The planet can’t afford any more. I think the time for the Cop process is over. We just can’t keep kicking the can down the road.

We need to set up a new game, then. An alternative to Cops which could actually work. One that has enforcement mechanisms, so could bring nations that violate it in line. Incredibly, the current climate Cop process, unlike the Montreal Protocol that successfully limited ozone-depleting chemicals a generation ago, does not have enforcement mechanisms.

What is needed is a breakaway group of nations willing to get serious about the climate emergency. Who would join it? Most of the world’s countries, potentially. The so-called G77 group, which actually contains two thirds of the world’s countries, has been a powerful voice in climate negotiations across the years, urging far more ambition, and far more transfer of tech and wealth to the global south.

Initially, these countries would threaten to break away from the failed Cop process to form a “climate progressive” bloc that would be founded on the testimony of those countries – Mexico, the Pacific island states, Barbados, Switzerland and others – that spoke so eloquently at the closing session in Glasgow about how the deal that was being agreed there was a death sentence.

Some of these nations will quail at my proposal. They will understand the very real risk that the crumbs from the table that they currently gather will be confiscated by the big polluters, if the world’s underlings dare to resist and to threaten to break away. But we are very close to a time when those crumbs won’t be enough to sustain life. We must draw a line in the sand and make a bid for survival.

Boris Johnson told us at the start of Cop26 that it was “one minute to midnight”, but in that case, it’s now five minutes past midnight. We are very much in the “age of consequences”.

Cop26 is in the rearview mirror. And, as a result of its failing us (if we are brave enough to admit the terrible truth) so, realistically, is the goal of restricting global temperatures to 1.5 degrees. The world is entering into a truly terrifying terra incognita, and the key task is going to have to be to find a way of adapting to the coming horrors.

The question now is whether the entire Cop process itself should be in the rearview mirror. My answer is yes, if there is a decent chance of replacing it with something better. And frankly, that’s a pretty low bar too.

Professor Rupert Read was an observer at Cop26

Survival courses skyrocketing in US amidst fear of ‘impending doom’

How much carbon is emitted by Jeff Bezos flying a rocket into space?

A diet rich in plant-based products reduces the risk of cognitive impairment in the elderly: Metabolomics to study the impact of diet on health

A new kind of “resolution” for the New Year