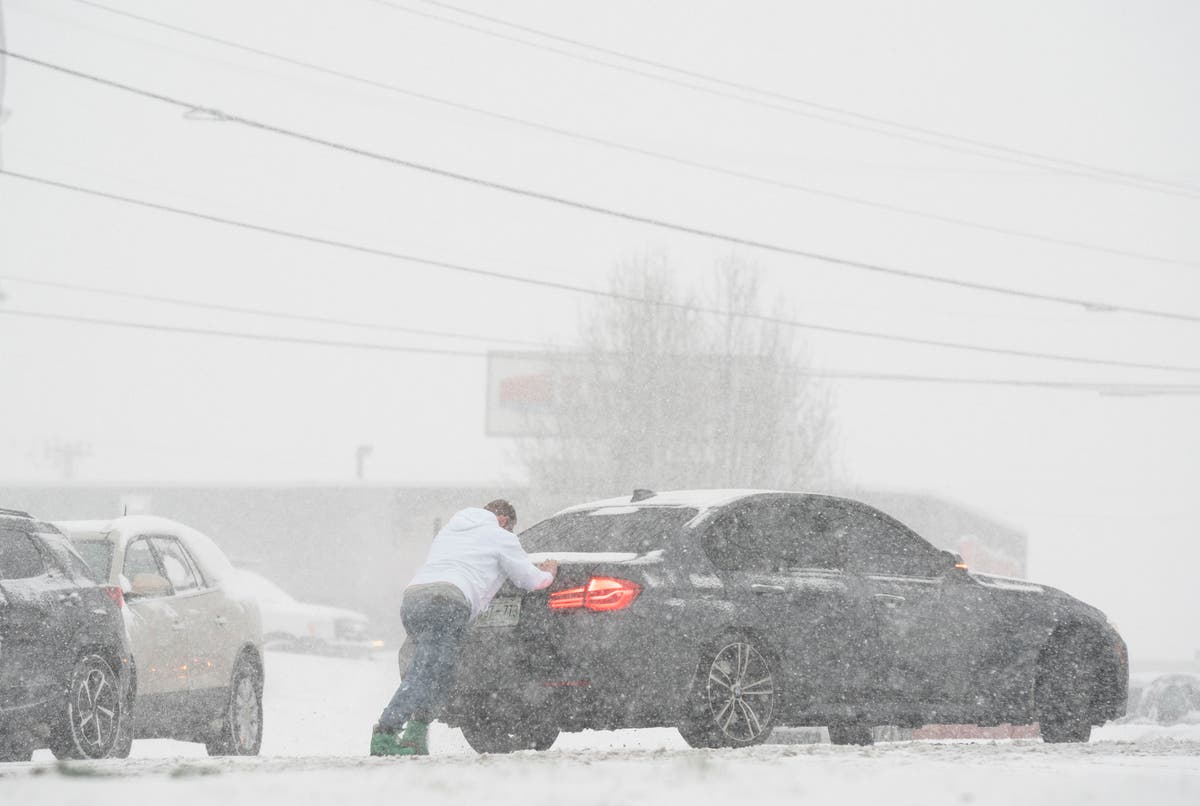 The temperature in the US’s Northeast and Midwest regions is expected to reach -45F (-42C) this week, with more than 15 million people under icy wind chill advisories.

The National Weather Service (NWS) said parts of northern New York and Massachusetts could see temperatures plummet to -45F from -35F on Tuesday.

The dangerously low wind-chill factors can lead to frostbite on exposed skin in as little as 10 minutes, the NWS warned.

Buffalo, New York could see up to three feet of snow. According to AccuWeather, the temperature in New York City will also fall to 17F but with the icy chill, it would feel like 0F.

The temperature in Chicago is expected to fall below 15F.

Mary Gilbert, an AccuWeather meteorologist, said: “the coldest air of the season thus far will arrive for a majority of the Northeast and portions of the mid-Atlantic by Tuesday as arctic air plunges into the northern US.”

The National Weather Service predicts wind chill will be coldest between 2am and 11am on Tuesday.

Ms Gilbert added: “Real Feel Temperature [AccuWeather’s index to describe what temperatures feel like in reality] is expected to be five to 10 degrees lower than the actual air temperature across the region on Tuesday.”

Homeowners have been warned to protect their pipes from bursting and motorists have been urged to keep cold-weather emergency kits readily available with them in case of any breakdown.

The National Weather Service has warned residents in the Northeast region that “if you must travel, keep an extra flashlight, food and water in your vehicle in case of an emergency.”

Over the weekend, several flights were cancelled in New York and Washington DC, according to FlightAware.

On Monday, wind-chill warnings and advisories were posted in 12 states across the northern stretch of the country.

According to the National Weather Service, sub-zero wind chill conditions are expected to abate over the Midwest and Great Lakes by Tuesday. But the agency said that wind chill will remain locked in place for much of the Northeast and New England into Wednesday morning.

Bubbles of methane rising from seafloor in Puget Sound

‘Cop Ness monster’ sculpture made from jeans unveiled in London

Yorkshire Water fined after sewage flooded into nearby nature reserve

Building a human body through gastrulation

August Inflation Shows Some Moderation, But Housing Costs Are A Puzzle

What Is the Metaverse, Exactly?