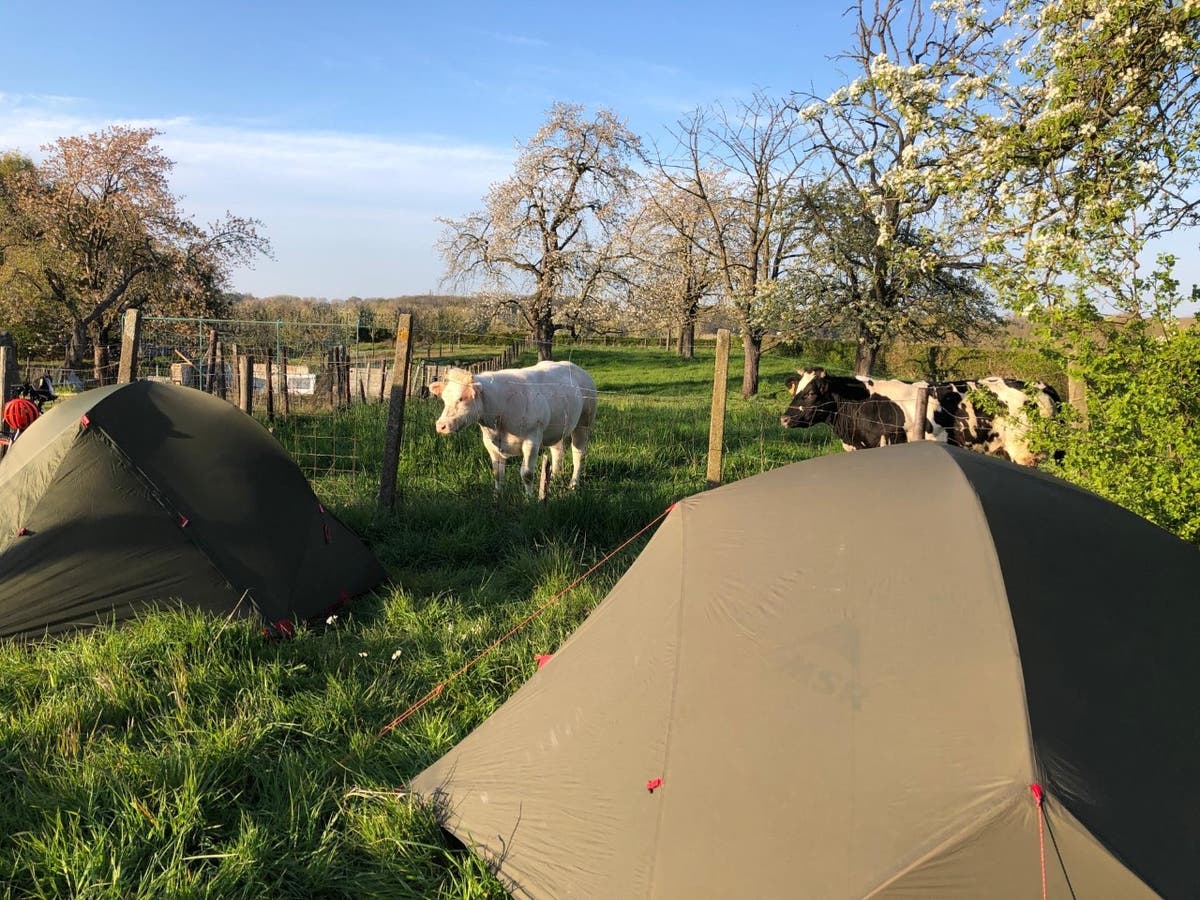 It only feels right that the idea for Welcome To My Garden first emerged after a bike ride.

But this was no ordinary bike ride. Between February and December of 2019, Manon Brulard and her partner Dries Van Ransbeeck rode 13,500km from Brussels, Belgium, to Tokyo, Japan. Just a few short weeks after their return, Covid-19’s grip on Europe became so tight that all borders were closed.

Brulard and Van Ransbeeck were still incredibly eager to travel, even if their trips had to be confined to Belgium. After spotting on social media that many other people felt the same way, the pair devised Welcome To My Garden – a citizen-driven, garden-sharing community, network and platform inspired by the concept of slow travel.

“You don’t need to cycle to Japan to experience hospitality and solidarity and beauty,” says Brulard. “You can find it 10km away from your home by staying in someone’s garden. You can find a new perspective on your own city or region. You can become a richer and better person for that.”

Hosts on Welcome To My Garden open up their gardens to slow travellers, people who are focused on moving around in an environmentally-friendly way while forging emotional connections with local people and cultures. With camping spots limited and wild camping mostly prohibited in Belgium, Brulard and Van Ransbeeck saw this project as the perfect opportunity to bring the concept of slow travelling to a wider audience.

Its creators are so stringent about Welcome To My Garden’s environmental message that users are forbidden from travelling by car when making their way between hosts. “The idea is to get out there and slow travel,” says Brulard, who notes that previous users of the scheme have arrived at their destinations on donkeys and kayaks.

“You can do anything. It’s about being creative,” she adds. “We have to be really careful about climate change. So we don’t want people to use a car or a plane because there are so many other ways to travel.”

But how does Welcome To My Garden actually work?

“On the platform you can see long-distance cycling paths and hiking paths. You pick the route you want to do and where to stay along the way. Then you send a message to your hosts, describing who you are and your journey. The hosts will decide what facilities to put at your disposal,” says Brulard.

“There are people who will offer you dinner, shower, or a swim in their pool. There are those who say, ‘This is where you use the toilet and where to put your tent’ and that’s it. It really depends on the people. Whatever the hosts offer or don’t offer is just accepted.”

Travellers can camp in one garden for a maximum of 48 hours, but most only stay for one night. The hosts don’t get paid for allowing people to stay on their property, too, as this ensures that the relationship remains one that revolves around hospitality in its purest form.

“We really want people to relate to each other. If it is a transactional relationship, that will go away. The hosts receive stories and good humour and happiness,” says Brulard.

“They are really proud of being part of a network and having these moments. They’re receiving a lot, just in a different form than money. It’s a network of generous people who are curious about each other. We need to have more of that in society.”

It didn’t take long for Welcome To My Garden to strike a chord. After designing the first map and posting it online on a rainy Sunday afternoon during the early stages of lockdown, Brulard and Van Ransbeeck assumed that they might get 40 hosts in the first few weeks. But after it was shared on the Hiking Advisor Facebook page, they reached that number in two hours. After two weeks, they had 500 people. Now, they have 3,000 gardens, 20,000 users, and last year had 125,000 views.

Brulard credits the incredibly passionate and engaged hiking, cycling, backpacking and slow travelling communities for the growth of Welcome To My Garden. At the same time, she sees this as proof that people have never been more conscious about climate change and actively motivated to make travel more sustainable.

“Right now we have all these university students protesting in the streets against climate change decisions,” she says. “These people are the voices.”

Brulard wants to aid their pursuits by making slow travel the new normal.

“That’s our ambition. We want people to not think about getting in a car or on a plane when they’re going on holiday. We want them to think where they’re going to go hiking or cycling. Slow travelling is the best way to connect with Mother Earth – to connect with yourself. It’s a massive new trend. People want to do it. We want to facilitate that need and Welcome To My Garden does that.”

Moving forward, Brulard and Van Ransbeeck are currently looking for volunteers to translate the platform into different languages. “The ambition is to have more and more gardens abroad,” she explains, as they currently only have hosts in Belgium, France, the Netherlands, Germany and Turkey.

They also recently hosted their very own slow travel festival. Attended virtually by 200 people, the event provided all of the tips and tricks necessary to become a slow traveller.

“So many people want to do it. But they don’t have the time or the mental space to find out all the information and put all of the pieces together. We are looking at different ways to make that a possibility,” says Brulard. “That’s really where we want to have an impact.”

Is dairy or meat worse for the environment?

Abundance of microscopic paint flakes in the North Atlantic

Drought in southwest US worst in over a century, induced by climate change

UK windfarms to combine into one ‘super project’

We created holograms you can touch: You could soon shake a virtual colleague’s hand