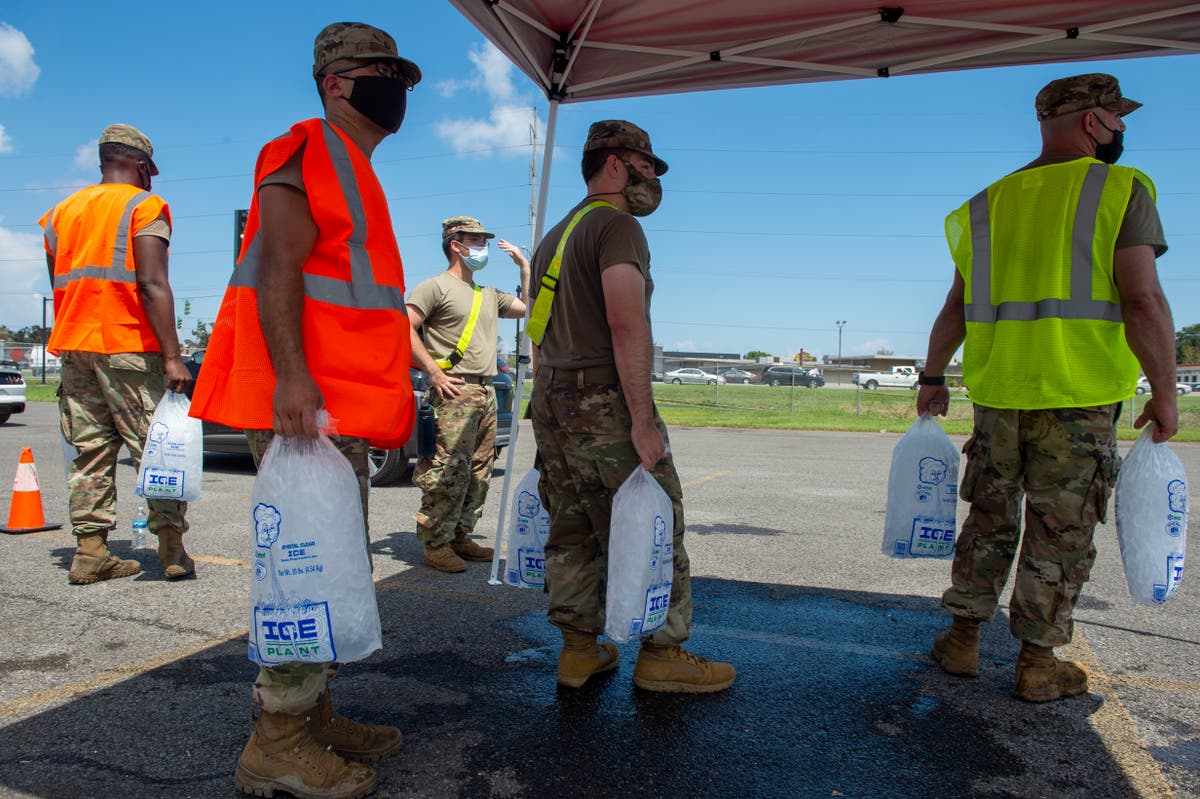 Power could be restored to most of the New Orleans area by next week, but thousands of residents who have been stranded at home will likely continue to endure temperatures reaching 100 degrees Fahrenheit or higher over the next several days.

Electricity and gas provider Entergy, which powers the city and surrounding Louisiana parishes, has pledged to restore service to the area by 8 September – 10 days after Hurricane Ida left the region in the dark and damaged thousands of homes. But officials have stressed that the timeline could change.

Roughly 950,000 homes and businesses powered by Entergy were impacted, and more than 1 million people across the state in parts of Mississippi were left without power.

Initial damage assessments this week revealed more than 14,000 electrical poles were damaged or destroyed, more than 2,200 transformers were damaged, and 155 transmission structures were destroyed, according to Entergy subsidiaries Entergy Louisiana and Entergy New Orleans

More than 700,000 Entergy users are powerless as of 3 September, according to a map from PowerOutage.us, which aggregates outage reports across the US. More than 850,000 people are without power across the state, according to the map.

All of southeast Louisiana is under a heat advisory, with heat index values forecast up to 105 degrees Fahrenheit (40C), according to the National Weather Service.

Five days after the storm made landfall, crews restored power to roughly 225,000 customers, according to Entergy.

Power flickered on in parts of the French Quarter this week, and power started to return to other parts of the city in neighbourhoods near critical services like hospitals and care centres.

New Orleans’s Central Business District is expected to be powered on 3 September, according to Entergy. The suburbs of Metairie and Kenner in neighbouring Jefferson Parish are expected to be back online on 7 September, with power restored to the rest of the metro area – including the West Bank for both Orleans and Jefferson parishes – on 8 September.

Power could return to the Baton Rouge metro area by 4 September, followed by Gonzalez, parts of Ascension Parish, Denham Springs and Chalmette and parts of St Bernard and Plaquemines parishes on 7 September.

The timeline noticeably does not include some of the hardest-hit parts of the state, including coastal Grand Isle, where Ida brought violent floods and brute-force winds of up to 150mph or higher, as well as LaPlace, where fast-moving water trapped residents in their homes and attics.

Lower-lying area in St John the Baptist and St Charles parishes will require more of a “rebuild” than repairs, Entergy officials said on Friday.

Rural areas outside the metro area face an uncertain length of time in the dark.

“We understand the extreme difficulty of living without power, and hope that these estimated times of restoration can help customers better plan and prepare for the coming days, and for those in the hardest-hit areas, weeks ahead,” Entergy’s Rod West said in a statement.

Entergy is under renewed scrutiny in Ida’s wake, exposing lingering issues that residents and regulators have criticised in the aftermath of other storms, including lack of upgrades to strengthen its power grid and lines for more severe storms in the midst of the growing climate crisis, and its reluctance to move to renewable sources.

Entergy previously said its controversial gas-fired power plant in New Orleans East – built in the face of opposition from members of the community, environmental concerns and the objection of some members of city government – would be vital for circumstances exactly like the destruction seen during Ida, when the transmission system that feeds the region with power generated from outside the city is offline. That didn’t happen.

The utility did generate a limited amount of power from that facility this week, and it connected the area to a national grid through a line in Slidell, roughly 30 miles away from the city across Lake Pontchartrain.

Uncommon byproducts of organochlorine pesticides found in the liver of raptors

Against the odds: The fight to save sea turtles in Ras Baridi