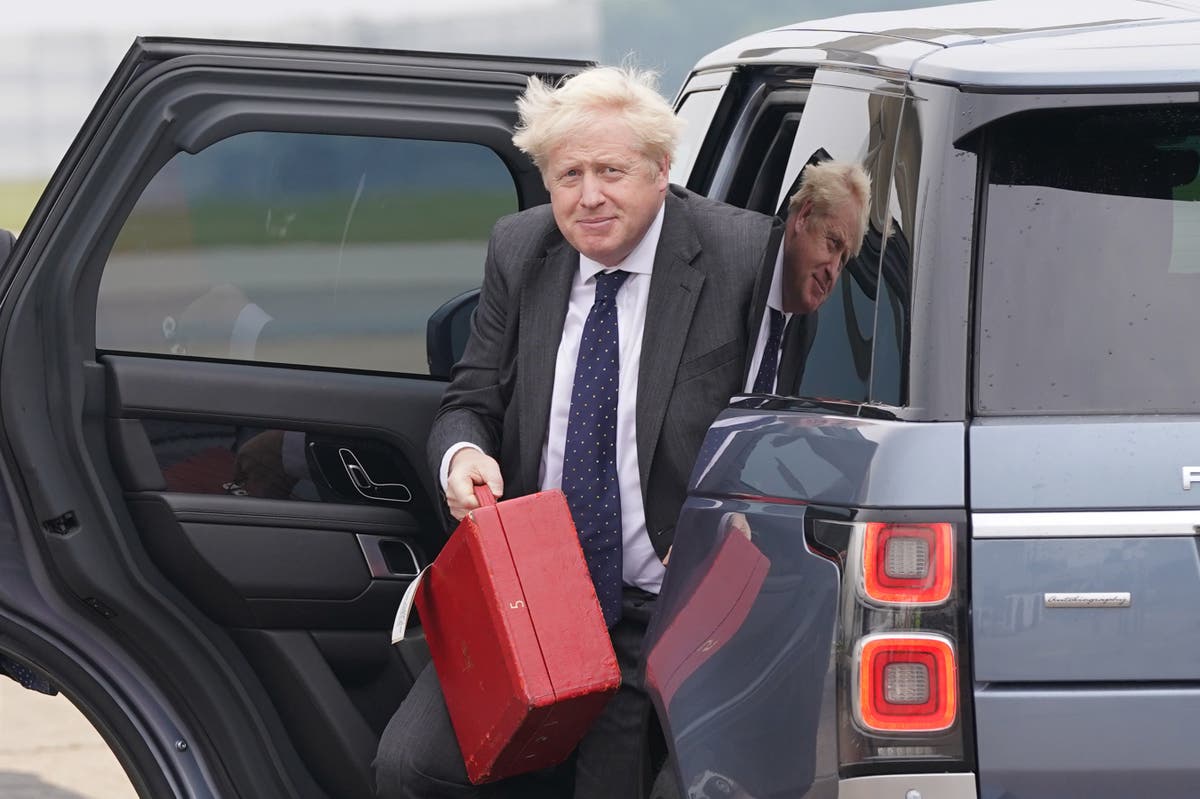 Boris Johnson has issued a warning to the leaders of the world’s biggest economies that history will judge them harshly if they fail to deliver on climate change at the crucial COP26 summit in Glasgow in November.

Addressing a top-level meeting on the margin of the United Nations General Assembly in New York, the prime minister voiced “frustration” that some of the world’s richest economies have failed to come good on demands to cut carbon emissions and fund a $100bn-a-year drive to help developing countries adapt.

And he urged them to show “leadership”, warning: “When the summit ends, when most of the world has committed to decisive, game-changing action, it will be clear to all which of us has lacked the courage to step up.”

Those who try to “do the minimum” on climate change will be “complicit” in the fate of poorer nations which fall victim to extreme weather as the planet heats, and they will not escape the same problems themselves, he warned.

The PM did not name any specific countries in his speech, but it was clear his words were aimed at countries like Japan and Russia which have failed to sign up to improved commitments on emission reductions, as well as Brazil, where widespread burning of the Amazon rainforest has contributed to global warming.

Mr Johnson has vowed to tell Brazilian president Jair Bolsanaro that he must halt the destruction of the Earth’s “lungs” in a face-to-face meeting today.

His comments came shortly after he issued a gloomy assessment that the chances of success at the crucial Glasgow summit were no more than six in 10.

But US president Joe Biden’s climate envoy John Kerry was more upbeat, telling Sky News he expected the $100bn target to be hit at Glasgow, and hinting that the US was ready to increase its commitment.

“I think we are going to get it done by COP and the US will do its part,” said Mr Kerry. “Stay tuned into the president’s speech and we will see where we are.”

Mr Johnson last night held back from criticising the world’s biggest emitter China – which has put off its net-zero commitment until 2060 and is still building new coal-fired power stations – saying only that Beijing “shows real signs of making progress”. President Xi Jinping has yet to confirm whether he will join scores of world leaders at Glasgow.

Speaking in New York today, Mr Johnson had a blunt message for leaders who have limited themselves to making “low-hanging fruit” pledges on climate, rather than following the UK in cutting out coal, increasing contributions to the $100bn fund and bringing forward deadlines for ending petrol vehicle production and hitting net-zero.

When the climate emergency is discussed in international forums, “everyone nods and we all agree that Something Must Be Done”, said Mr Johnson.

But he added: “I’m increasingly frustrated that the ‘something’ to which many of you have committed is nowhere near enough.

“It is the biggest economies in the world that are causing the problem, while the smallest suffer the worst consequences.

“And while progress is being made all over the world, the gulf between what has been promised, what is actually being delivered, and what needs to happen remains vast.

“Too many major economies – some represented here today, some absent – are lagging too far behind.

“And tinkering around the edges, simply denuding the tree of its lowest fruit, simply won’t achieve the change the planet needs.”

He warned that countries which “abdicate responsibility” over the climate emergency will reap the consequences in future.

“In the years to come, the only great powers will be green powers,” he said.

“If you abdicate responsibility today, do you think those who pay the price for that decision will rally to your side tomorrow?

“If you say that the lives of their children are not worth the hassle of reducing domestic coal consumption, will they vote with you in fora such as this?

“Will they work with you, borrow from you, stand with you if you tell the world that you don’t care whether their land and their people slip below the waves?

“These countries need allies. They need help now… To be merely a bystander is to be complicit in their fate – yet that is exactly what you will be if you fail to act this year.”

For developing countries, net-zero should not mean foregoing the benefits of fossil-fuel energy, but “leapfrogging the outdated methods of yesteryear” to go straight to the “cheaper, cleaner, cutting edge technology that will power the 21st century”, like solar and wind, said Mr Johnson.

Personality matters, even for squirrels: Social skills give social squirrels an advantage

Why are poorer countries bearing the brunt of climate crisis?

Ancient city could have been destroyed by cosmic airburst, evidence suggests

The tiny needle in a pill that could replace injections