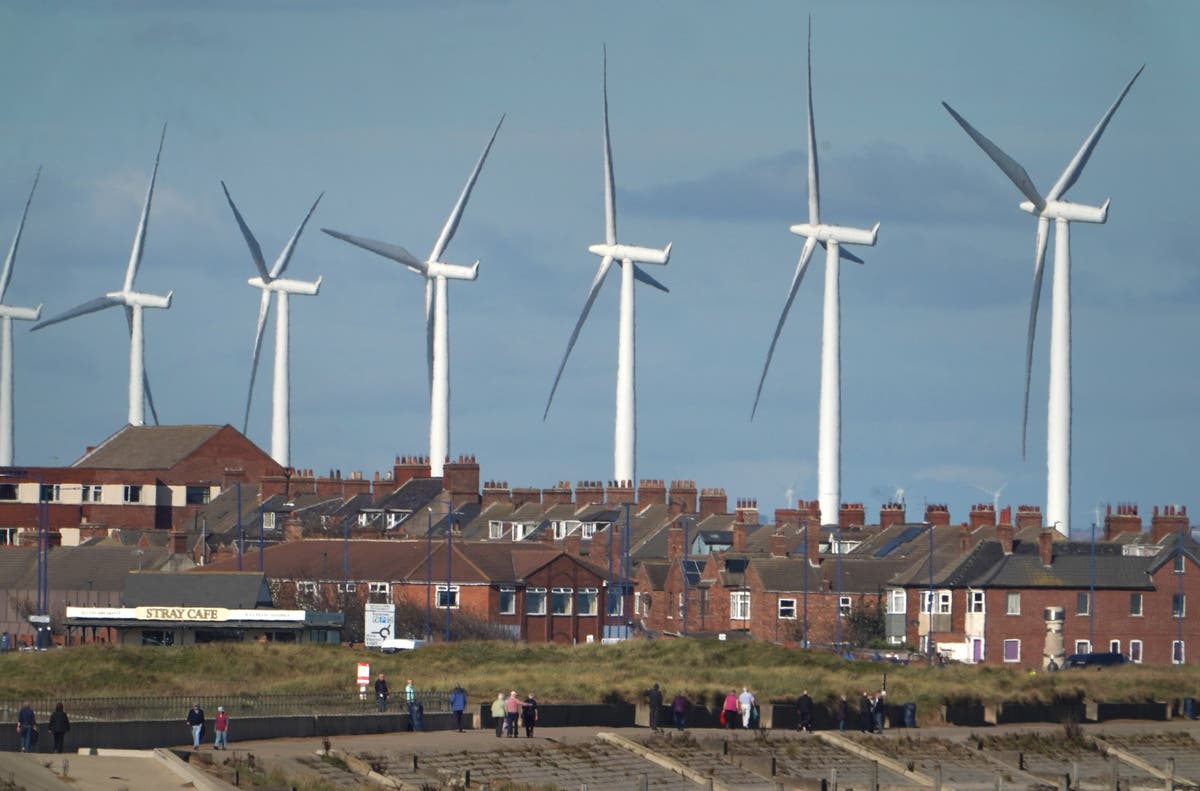 The Government is refusing to reveal details of how policies in its flagship “net-zero” strategy will deliver the carbon cuts needed to tackle the climate crisis.

The UK has a legal target to cut greenhouse gases to zero overall, known as net zero, by 2050, with pollution reduced as much as possible and any residual emissions offset through measures such as planting trees.

A long-awaited net-zero strategy for how the Government plans to meet the target, and carbon-cutting goals along the way in the 2020s and 2030s, was published in October, ahead of the key UN Cop26 climate summit in Glasgow.

It spells out a wholesale transformation for the UK, from phasing out boilers to heat homes in favour of low carbon technology such as heat pumps, to ending conventional car sales, rolling out electric vehicles and on-street charging points, boosting offshore wind and planting more woodlands.

But while officials insisted at the time that the strategy would deliver the needed carbon cuts, a spreadsheet which detailed the projected emissions reductions from the policies it sets out has not been made public.

A request by the PA news agency for the information under Environmental Information Regulations (EIR) has been rejected by the Business Department (Beis).

The refusal prompted criticism from environmental campaigners and politicians who said the Government should release the information to allow for public scrutiny and a failure to do so raised questions about the strategy.

The EIR request for the information was turned down on the grounds that it was an internal document and releasing it would affect the “safe space” officials needed to discuss and review live policy debates over net zero.

It could have a “chilling effect” on officials advising on those areas of policy covered by the spreadsheet, including on estimating projected emissions of policies in the early stages of development, if they thought their on-going thinking may be made public, the Business Department (Beis) said.

And it should not be disclosed in order to protect effective commercial discussions and decisions within Government on the scope of future policy development, with concerns it could influence private sector investment decisions, the department said.

Beis acknowledged the importance of public accountability and letting the public assess and influence decisions on decarbonising the UK economy.

A Beis spokesperson said there was nothing secretive about the net-zero strategy.

“It outlines in detail how we will transition to a green future, help businesses and consumers move to clean power, while at the same time supporting hundreds of thousands of well-paid jobs and leveraging up to £90 billion of private investment by 2030,” they said.

But John Sauven, executive director of Greenpeace UK said: “Ministers are behaving like a shady dealer asking customers to buy a product without seeing it first.

“Why shouldn’t the public be allowed to check for themselves whether the numbers behind the government’s net-zero strategy stack up?

“This is an absolutely vital document underpinning the UK government’s commitment to cut planet-heating emissions.

“If ministers don’t think the strategy’s workings out are strong enough to withstand public scrutiny, that’s not going to work wonders for its credibility.

“The best thing would be for the Government to release the numbers behind the plan and allow experts to kick the tyres on it.”

Ed Miliband shadow climate change and net zero secretary, said: “It is clear that the Government’s plan just isn’t credible when they refuse to publish the emissions cuts their policies will achieve.

“A strategy without numbers showing that the Government’s targets will actually be delivered isn’t worth the paper it’s written on.”

He accused the Government of failing to have a plan to help British industries thrive or show the leadership required to tackle climate breakdown.

The failure to release the document was also criticised by Green Party MP Caroline Lucas who said: “The transformation of our economy to reach net zero is probably the most important change that people will see in their lifetimes.

“It is astonishing that the Government doesn’t think sharing the details of its strategy is in the public interest.

“Parliament needs to be able to scrutinise the Government’s plans and people have the right to know whether what’s being proposed will deliver what ministers claim.

“The secrecy surrounding the strategy details fuels suspicion that we are being sold a plan that doesn’t add up.”

She raised concerns it was another Government pledge that may be “completely hollow” and that by the time that was found out there would be even less time to act on climate change.

Early modern human from Southeast Asia adapted to a rainforest environment: New insights into the diet of our species’ earliest member in the tropical...

What lies at the centre of the Earth?

The Northwest heatwave has had a massive impact on wildlife. These are some of the animals affected

Venom of cone snail could lead to future diabetes treatments

Joe Root reaffirms that he did not witness racism at Yorkshire