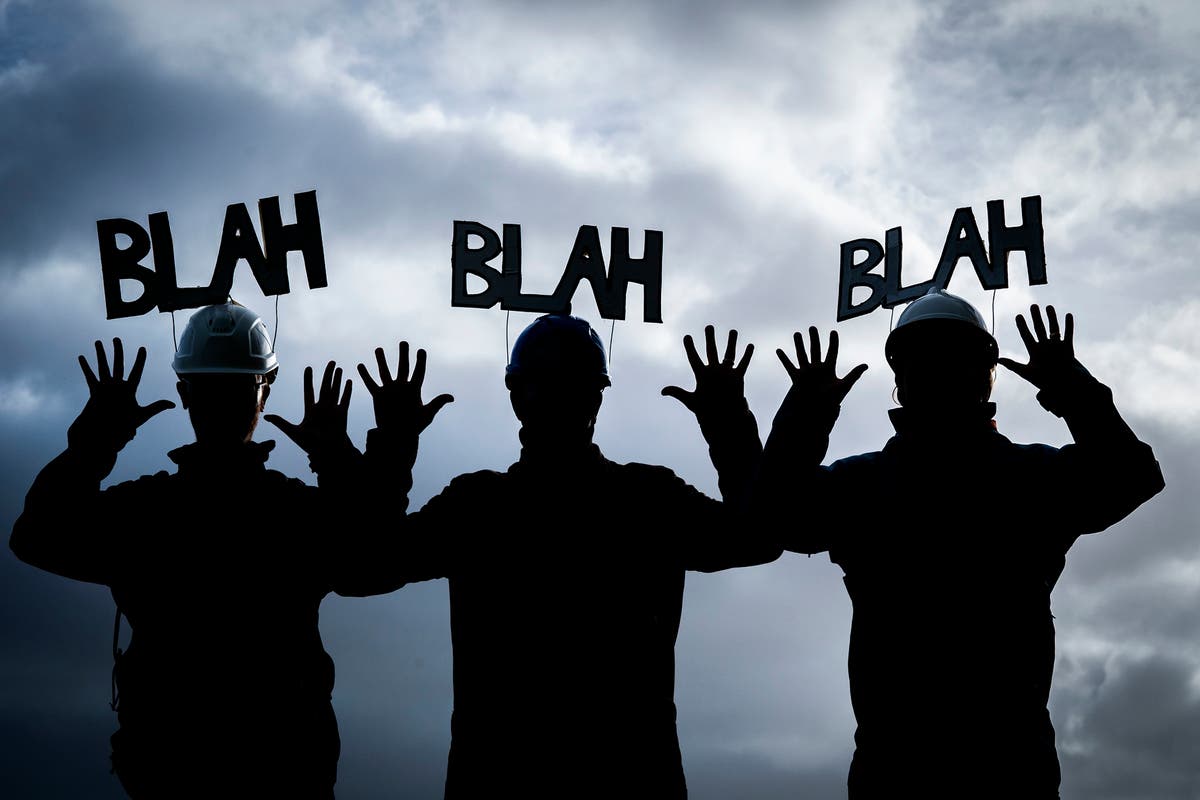 More than 500 lobbyists linked to major oil and gas companies are attending the Cop26 climate summit in Glasgow, a larger number than the delegation of any single nation at the talks.

The discovery of the prevailing access that the fossil fuel industry has been granted to a conference – with the stated goal of curbing global temperature rise largely driven by the burning of fossil fuels – was laid out in new analysis from international NGO Global Witness.

Researchers analysed the participant list published by the United Nations, which is hosting the Glasgow summit.

Cop26 is widely viewed as a critical moment in the trajectory of the climate crisis, where nations are hammering out deals to keep “1.5C alive” amid a rapidly-closing window to prevent catastrophic warming.

Murray Worthy, gas campaign leader at Global Witness, said: “With the world quickly running out of time to avert climate disaster, this COP absolutely must be a success.

“The case for meaningful global action must not be diverted by a festival of polluters and their mouthpieces, who have no interest in seeing the changes we need to protect people and the planet.”

The fossil fuel lobbyists are either directly affiliated with companies like Shell, Gazprom and BP, or attending as members of delegations that act on behalf of the fossil fuel industry, the analysis found.

The Independent has reached out to the UNFCCC for comment.

He said: “It’s imperative that the Glasgow meeting calls for the highest levels of ambition in terms of immediate emissions reductions. It [Cop26] cannot offer a platform to entities that do not meet this level of commitment.”

Days before Cop26 began, Shell boss Ben van Beurden reportedly told The Times that “we were told we were not welcome so we will not be there”.

Environmentalists had called for postponement of Cop26 due to unequal access for delegates from the Global South. The Climate Action Network, a global organisation of more than 1,500 civil society groups in more than 130 countries, called on the UK government and UN organisers to push it back again, citing the failure to provide vaccines to millions of people in poor countries, the rising costs of travel and accommodation, and ongoing uncertainty over Covid.

The research team, made up of Corporate Accountability, Corporate Europe Observatory (CEO) and Glasgow Calls Out Polluters, noted that oil and gas lobbyists were not the only polluting industries attempting to exert influence over the climate summit. They pointed to the hundreds of representatives from finance, agribusiness, and transportation also present at the summit.

“Cop26 is being sold as the place to raise ambition, but it’s crawling with fossil fuel lobbyists whose only ambition is to stay in business. The likes of Shell and BP are inside these talks despite openly admitting to upping their production of fossil gas. If we’re serious about raising ambition, then fossil fuel lobbyists should be shut out of the talks and out of our national capitals,” said Pascoe Sabido, researcher and campaigner for Corporate Europe Observatory.

Tesla is kitting out a luxury Florida neighbourhood

Jaws; or, how an African ray-finned fish is helping to rethink the fundamentals of evolution: New research suggests that some evolutionary constraints are the...

Not all acne is equal: Scientists reveal strains of C. acnes that promote skin health: Study on Caenorhabditis elegans shows that certain strains of...

Sunlight can break down marine plastic into tens of thousands of chemical compounds, study finds

Primark pledges to make sustainable clothing ‘affordable to all’

The designers leading the sustainability conversation at London Fashion Week

Zeroing in on the origins of Earth’s ‘single most important evolutionary innovation’: A new study shows oxygenic photosynthesis likely evolved between 3.4 and 2.9...

Neena Gupta on the need for a mentor in film industry: I didn’t call Shekhar Kapur back because I thought he had told me...