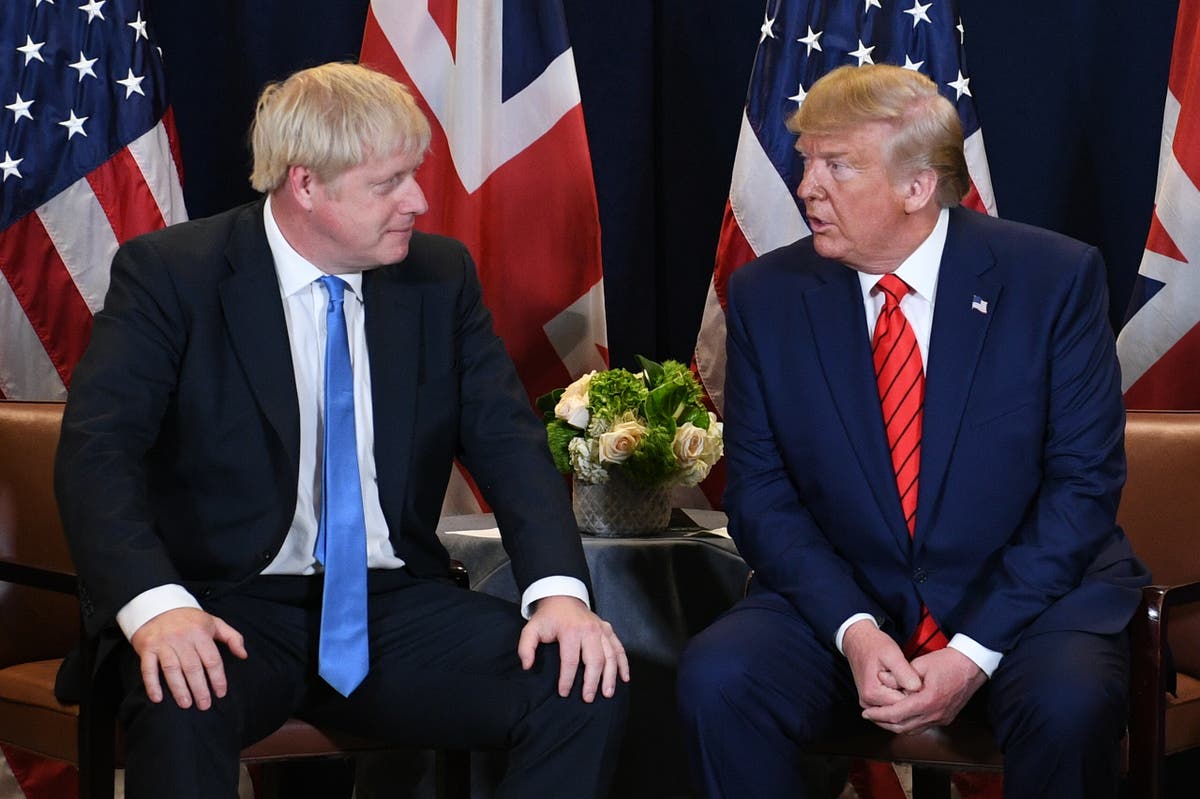 Donald Trump has warned Boris Johnson he is making a “big mistake” by backing “ridiculous” wind farms to drive the UK’s push to a net zero carbon economy.

The former US president said he still liked the British Prime Minister but claimed that he was wrong to support renewable wind energy.

The UK has become a world leader in wind energy, particularly offshore, and Mr Johnson has pushed for Britain to become to wind what Saudi Arabia is to oil in the drive to reach net zero by 2050.

Investment in the technology over the past decade or more has led to the world’s largest wind farm, Hornsea One, being built in the North Sea off the east Yorkshire coast.

But Mr Trump, in an interview with former Brexit Party leader Nigel Farage said the UK was destroying its landscape by permitting the turbines to be installed.

Speaking to Mr Farage on GB News, the businessman – who owns golf courses in Scotland and Ireland – said: “He’s wrong, Boris is wrong if he’s going heavy into wind.

In comments made in Florida on Monday and due to be aired this week, Mr Trump said: “I think wind is, I think it’s ridiculous.”

The one-term president added: “Remember, every 10 years, you have to replace those monsters.

“And a lot of times they don’t bother. You know what they do? They just let them rot. They kill all the birds, they are so bad.”

Despite the criticism, Mr Trump – defeated by Joe Biden in last year’s presidential election – said he was fond of the Prime Minister, who he suggested had become “more liberal”.

“He’s gone a little bit on the more liberal side.

“But I’ll tell you with energy, I’m surprised that he would allow that to happen because you have one of the most beautiful countries in the world.

“And you’re destroying it with all these wind turbines all over the place.”

Mr Johnson has not always been an advocate for wind power. In 2013, he said wind farms could not “pull the skin off a rice pudding”.

The interview with Mr Trump,  which touches on a range of subjects, including the royal family, the presidential election, the subsequent Capitol Hill riots, Black Lives Matter, the migrant crisis in the US and the UK, and the question of whether he plans to run for office again, is due to air at 7pm on Wednesday.

A novel compound might defeat multidrug-resistant bacteria common in hospitals

Jet stream could lurch off course by 2060, driving extreme weather in US and Europe

Report: Amazon Is Taking an Increasing-and Unfair–Share of Revenue From Sellers on Its Platform