Cop26 travel chaos as trains from London to Glasgow delayed 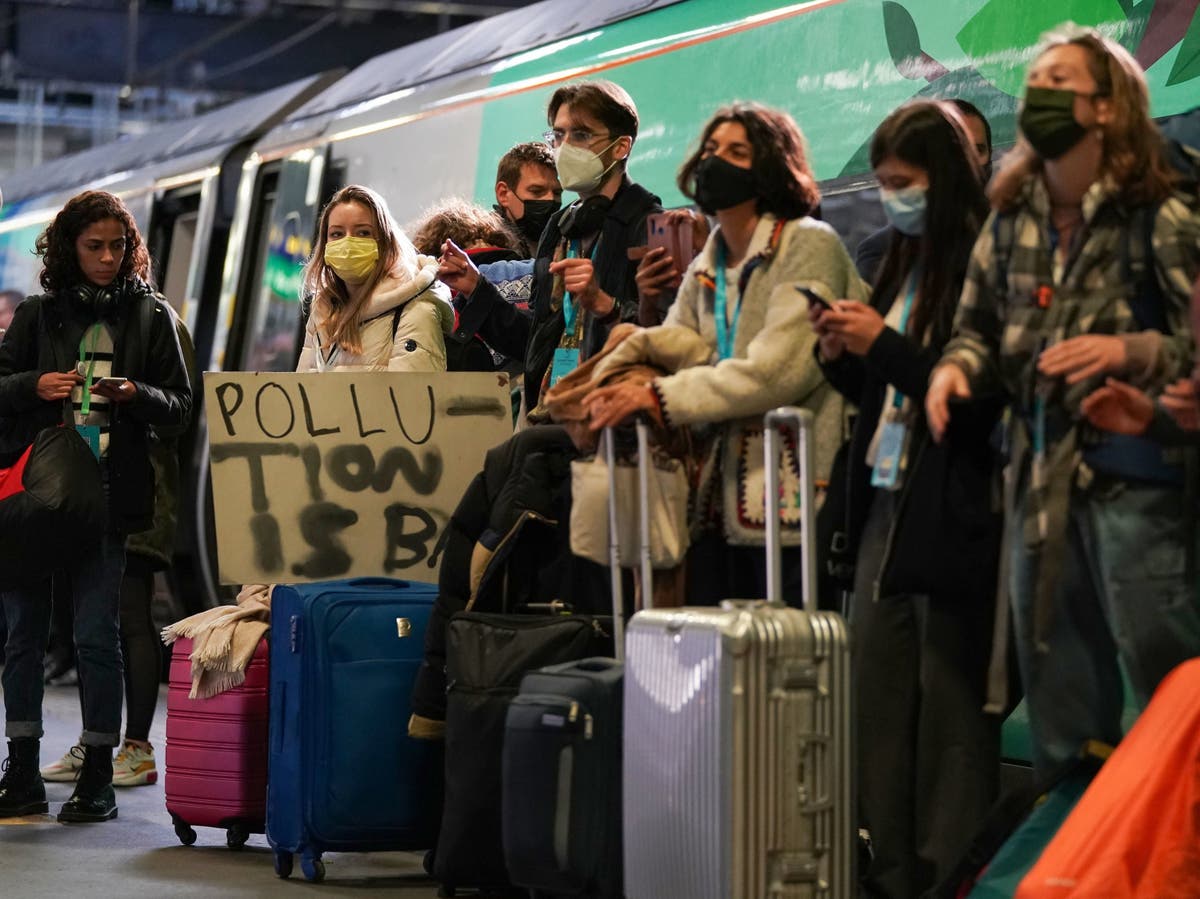 Cop26 has been hit by travel chaos on its opening day as train lines between London Euston and Glasgow suffered major delays amid inclement weather.

Avanti’s west coast line was blocked because of a tree falling on power lines, the company said. It advised customers not to travel.

Passengers, potentially including hundreds of delegates and journalists heading to Cop26, were told their tickets for today could still be used tomorrow.

Network Rail said power lines near Long Buckby, about halfway between Northampton and Rugby, had been damaged.

“We’re working on a plan to remove the tree & then fully assess the damage so we can plan a repair,” the body tweeted.

Avanti has agreed with TransPennine Express that the latter will take some passengers on “reasonable routes”.

According to The Independent’s climate correspondent, Daisy Dunne, dozens of people are also stuck en route at Milton Keynes, attempting to find ways around the blockage.

Only yesterday, Avanti ran a dedicated “climate train” from London to the summit in Glasgow, providing the final link in a trans-European journey for some 300 activists.

Is dairy or meat worse for the environment?

Early Homo sapiens groups in Europe faced subarctic climates: New insights into the climatic backdrop for an early wave of dispersal of our species...

Opinion: Stop using China as a distraction from our own carbon emissions record

How To Squeeze Yields Up To 6.9% From Blue-Chip Stocks