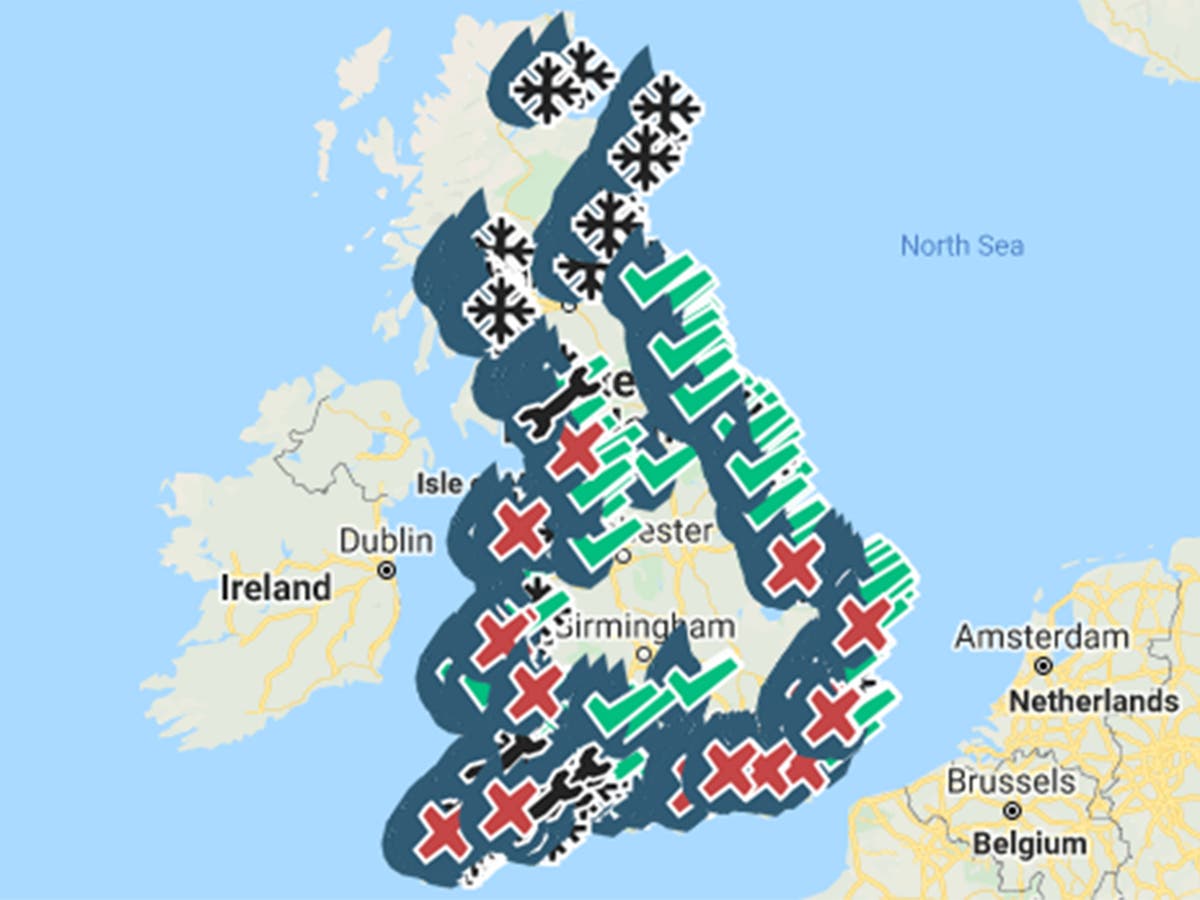 The group Surfers Against Sewage have warned that swimmers along the south coast could be at risk from the pollution.

They highlighted 20 beaches along the Sussex and Hampshire coast line that already have a pollution risk warning in place.

The group are trying to raise awareness of the risks after an amendment to the Environment Bill was rejected in the House of Commons.

“The truth is now out. MPs must vote to make it a legal obligation for water companies to end sewage pollution.”

Just 22 Conservatives rebelled against the government last week to vote in favour of a bill amendment that would place a legal duty on water companies not to pump sewage into rivers.

The amendment, which was introduced in the House of Lords by the Duke of Wellington, would have forced water companies to “take all reasonable steps” to avoid using overflows. These sewer overflows often release untreated waste into the country’s waterways.

The vote has become extremely unpopular on social media with MPs who voted against the amendment being singled out.

Football pundit Gary Lineker waded in on Monday, saying: “Controversial I know, especially given my history of defecating in public, but I’m not an enormous fan of pumping raw sewage into our seas and rivers.”

Poet Pam Ayres also published a poem on social media in support of the amendment in which she wrote, “Strange that a government/ On thrones of power seated/ Pollutes it’s joyful waterways/ With sewerage untreated.”

However some MPs have defended their decision, saying that the addition to the bill was not practical.

Robert Courts MP, for Witney and West Oxfordshire, wrote on his website: “Section 141A sought to place a new duty on sewerage undertakers in England and Wales to demonstrate progressive reductions in the harm caused by discharges of untreated sewage.

“This all sounds admirable, and indeed is something I support in principle. But the trouble is that the Duke’s amendment came with no plan as to how this can be delivered and no impact assessment whatsoever.”

He said that though “some might argue that a plan is not essential” it would cost “anywhere between £150bn and £650bn” to transform the Victorian sewage system on which the water companies depend.

The Duke of Wellington told The Independent how disappointed he was that the amendment had not passed.

“Many people in this country are dismayed, indeed shocked, to discover how much sewage is regularly discharged into our rivers… and it was disappointing that the House of Commons did not support the original Lords amendment passed in September.

“It will indeed be expensive to upgrade our sewage systems,” he added. “But it will also be expensive to reduce carbon emissions and improve air quality and soil quality.”

“I therefore hope that the House of Lords will pass the amendment and give the House of Commons another opportunity to consider this matter.”

Penny Mordaunt MP argued that discharges by water companies “can only be stopped by new infrastructure” and “the Bill I supported allows the mandate to accelerate this with an urgent action plan.”

She continued that the amendment “would have left the public entirely exposed to the cost for these works.”

Henry Swithinbank, policy officer at Surfers Against Sewage, said that the lack of progress was “very disappointing”. He added: “Without a legal duty not to pollute we are just using monitoring and reporting and planning to kick the can down the road.”

What do tougher WHO air quality guidelines mean for UK?

Ministers made ‘little to no progress’ on climate ahead of Cop26, says think tank

Meat eating must fall by 30% in a decade to tackle health, climate and nature crises, says landmark review