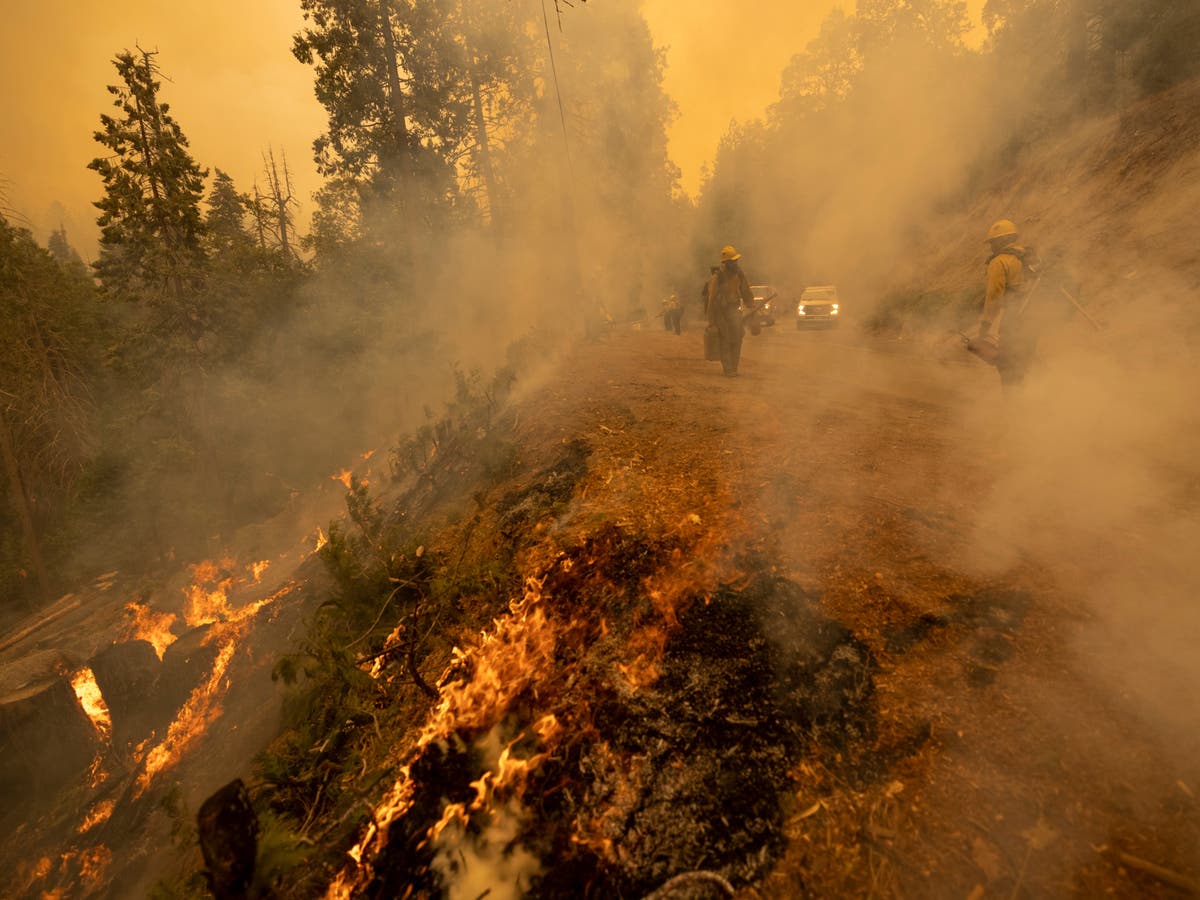 China, U.S. will work together to meet COP26 goals

China and the US have resolved to cooperate more closely on tackling the climate crisis, the countries announced at Cop26.

The two nations agree more often than they diverge on steps necessary to tackle global heating, their environment envoys said as they promised “concrete actions”.

“This is a step we can build on,” said John Kerry, Washington’s climate man. “Every step matters right now and we have a long journey ahead of us.”

Xie Zhenhua, for Beijing, said the two capitals had agreed to work together because they recognised the present crisis was an “existential and a severe one”.

China and the US are the world’s biggest polluters. They both have targets for hitting net-zero carbon emissions – before 2060, and 2050, respectively.

Meanwhile, Boris Johnson is under pressure to secure a strong and credible final deal at the Glasgow summit, having travelled back there to cajole and lobby his fellow world leaders.

The prime minister admitted there remained “a huge amount” to do if hopes of limiting warming in line with 2015’s Paris agreement were to be fulfilled.

Denmark and Costa Rica are set to announce a new alliance focused on ending the use of oil and gas today at Cop26.

The UK had initially said it wouldn’t join the group but Boris Johnson has suggested he may reconsider.

Elsewhere, Alok Sharma, Antonio Guterres, Nicola Sturgeon and Vanessa Nakate will speak at an event on the future of cities.

Opinion: Greener and more sustainable food systems should be at the centre of climate action

The 25,000 or so delegates gathered in Glasgow for Cop26 have a critical task – to discuss and agree on solutions to avert a climate catastrophe that could bring untold destruction to the world. As negotiations stretch into the nights and become heated, as they often do, the one thing they can count on is having climate-friendly and healthy meals, writes Ban Ki-Moon.

The organisers of Cop26 have ensured that 80 per cent of food served at the conference is seasonal and sourced in Scotland, such as the Mara Seaweed, which can grow without fertiliser, freshwater or soil, and carrots and potatoes stored using renewable energy. Many of my team members present at the conference have reported back on the good quality of food. There is also a concerted and commendable effort being made to reduce food waste.

Editorial: The chances of success at Cop26 are diminishing – and Boris Johnson knows it

The notion that the survival of life on Earth depends on Boris Johnson is not a comfortable one, and it might even frighten the prime minister himself.

The chances of success at Cop26 appear to be receding. The published draft agreement is underwhelming, fatally compromised by the reluctance of powers such as China, Russia, India and Saudi Arabia to do the right thing, as well as the likes of Toyota and Volkswagen declining to sign up to a truly ambitious vehicle electrification programme.

Analysis: The good, the bad and the grey areas in the first draft of the Cop26 agreement

The first iteration of the Cop26 agreements were published early on Wednesday, setting out a vision for how the world can keep hopes of limiting global heating to 1.5C above pre-industrial levels within reach.

The draft text offers a stark assessment of “alarm and concern” at where the world stands due to 1.1C of global heating, with climate impacts already being felt in every region of the world, write Louise Boyle and Daisy Dunne.

Biden administration climate envoy John Kerry said at the Cop26 UN climate conference that the US will phase out burning coal by the end of the decade, writes Oliver O’Connell.

Speaking to Bloomberg on Tuesday in Glasgow, Scotland, Mr Kerry said: “By 2030 in the United States, we won’t have any coal.”

He added: “We will not have coal plants.”

PM accused of abandoning post by leaving Cop26 for London

Boris Johnson was today under pressure to do more to secure a credible deal at the Cop26 climate change summit, after he admitted that with just 48 hours to go there was “a huge amount” to do to keep alive hopes of preventing disastrous global warming, writes Andrew Woodcock.

Paying a flying visit to the summit venue in Glasgow, the prime minister urged fellow world leaders to “pick up the phone” to their negotiating teams and give them a mandate to compromise to get a deal which would put the world on track for keeping warming within 1.5C above pre-industrial levels.

But he was accused of a “dereliction of duty” as he left the conference to return to London for a cabinet meeting on his “levelling up” agenda, rather than staying to lead the battle to toughen up a draft agreement which environmentalists warn lacks the necessary ambition.

‘There is no other way to get this thing done’: US and China make pact to cooperate on climate crisis

The US and China have made a joint declaration at the Cop26 summit to accelerate measures in the 2020s to tackle the climate crisis, writes Louise Boyle.

The world’s two largest polluters have committed to a working group for this decade, saying they will “meet regularly” and focus on “concrete actions”.

A sudden announcement was made on the UN Cop26 website on Wednesday that there would back-to-back press conferences from the nations’ two longtime climate negotiators, Xie Zhenhua and John Kerry.

What roads are closed in Glasgow for Cop26?

Improvements in microscopy home in on biology’s elusive details

Exam Anxiety: Here’s How you can Soothe the Stressed Mind