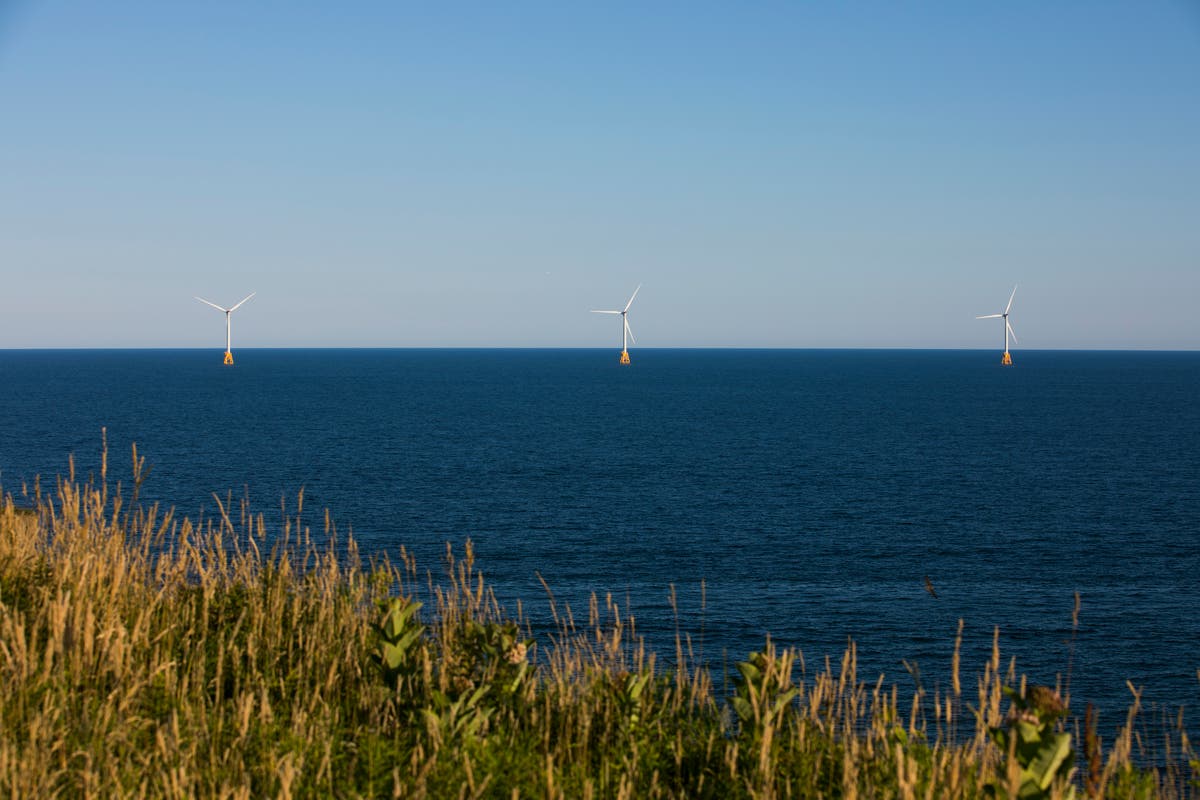 The Biden administration has announced a huge expansion of offshore wind farms that will be developed along almost all of the US coastline.

The move was announced by Interior Secretary Deb Haaland who says that the government will identify and lease federal waters to wind farm developers by 2025.

Ms Haaland told a wind power conference in Boston that the White House wants to lease waters off the coast of California, Oregon, North Carolina, South Carolina, mid-Atlantic states, as well as the Gulf of Mexico and the Gulf of Maine, according to The New York Times.

“The Interior Department is laying out an ambitious roadmap as we advance the Administration’s plans to confront climate change, create good-paying jobs, and accelerate the nation’s transition to a cleaner energy future,” Ms Haaland said in a statement.

“We have big goals to achieve a clean energy economy and Interior is meeting the moment.”

The Departments of the Interior, Energy and Commerce hope to generate 30 gigawatts of offshore wind in the US by 2030, which the government estimates would create nearly 80,000 jobs.

The Interior Department has already started lease sales on some of the areas highlighted for development.

In May the White House approved the 800-megawatt Vineyard Wind project, which will be located 12 miles off the shore of Martha’s Vineyard and become the country’s first major commercial ocean wind farm.

In June the Biden administration announced a competitive lease sale for the New York Bight, an area between New York and New Jersey, that could generate 7 gigawatts of energy, enough to power more than 2.6m homes.

Earlier this year it also announced that California’s coastline would be opened up to wind developers for the first time.

The Energy Department also announced it will spend $11.5m to study the risk that wind farms pose to birds, bats and marine mammals, as well as the changes they cause to commercial fish and invertebrate populations.

“In order for Americans living in coastal areas to see the benefits of offshore wind, we must ensure that it’s done with care for the surrounding ecosystem by coexisting with fisheries and marine life – and that’s exactly what this investment will do,″said Energy Secretary Jennifer Granholm.

Climate Change should be treated as emergency like Covid pandemic, study says

By 2500 Earth could be alien to humans: Climate projections should not stop at year 2100

People reveal the VERY ridiculous requests of their unreasonable managers

7 signs you need to prioritise your mental health over work