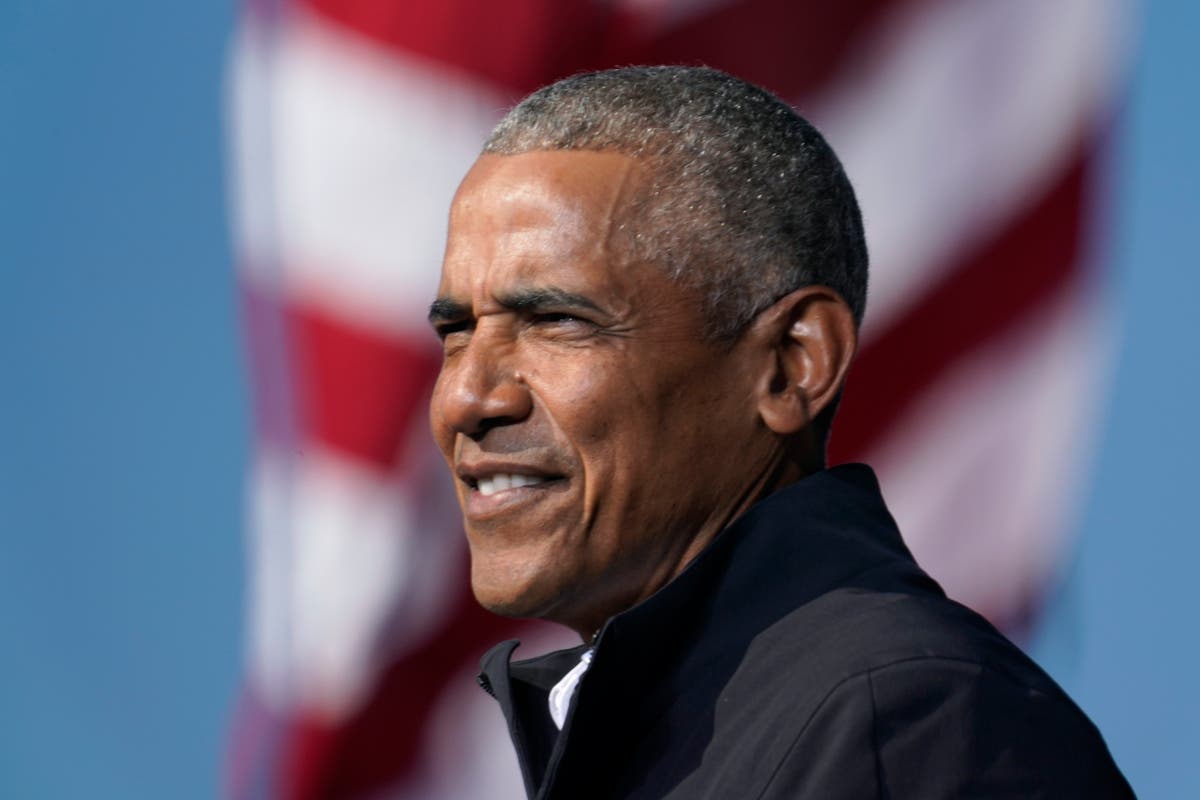 Barack Obama will be travel to Glasgow to attend the COP26 summit at the end of this month.

The former US president will join over 120 world leaders at the 26th summit to promote the goals outlined in the Paris Agreement and UN Framework Convention on Climate Change.

A further 25,000 delegates are also expected to be in attendance.

A spokesman for Mr Obama said on Friday: “He will lay out the important progress made in the five years since the Paris Agreement took effect, highlight the leadership of young people around the globe, and urge more robust action going forward by all of us – governments, the private sector, philanthropy, and civil society.”

It is also anticipated Mr Obama will meet with youth activists to address the threat of the climate crisis.

The Cop26 talks will be a key moment in getting the world on track for limiting global warming to 1.5C above pre-industrial levels by the end of the century, which is the aspirational target of the Paris Agreement.

The original summit, now due to be held at the SEC campus in Glasgow in the autumn, was previously delayed as a result of the Covid-19 pandemic.

The White House confirmed earlier this week Joe Biden and the First Lady will also visit Rome for the G20 leaders’ summit on the weekend of October 30 and 31.

This comes amid reports that President Xi Jinping will not attend the Cop26 summit, instead sending government officials to represent China in his stead.

Pope Francis also announced he will not be attending the Scotland summit.

Australia’s Prime Minister Scott Morrison has also said he will be travelling to the UK for the climate conference.

Yesterday, the Queen was overheard expressing annoyance at world leaders for failing to commit to attending Cop26, as she attended the opening of the Welsh Senedd in Cardiff.

In conversation with her daughter-in-law, the Duchess of Cornwall, and Elin Jones, presiding officer of Wales’ Parliament, the monarch said she was “irritated” by people who “talk but don’t do”.

India among nations to lose most work hours due to heat

Earth is dimming due to climate change: Warming oceans cause fewer bright clouds to reflect sunlight into space, trapping even more energy in Earth’s...

Reading the mind of a worm: Scientists use machine learning to predict smells based on brain activity in worms