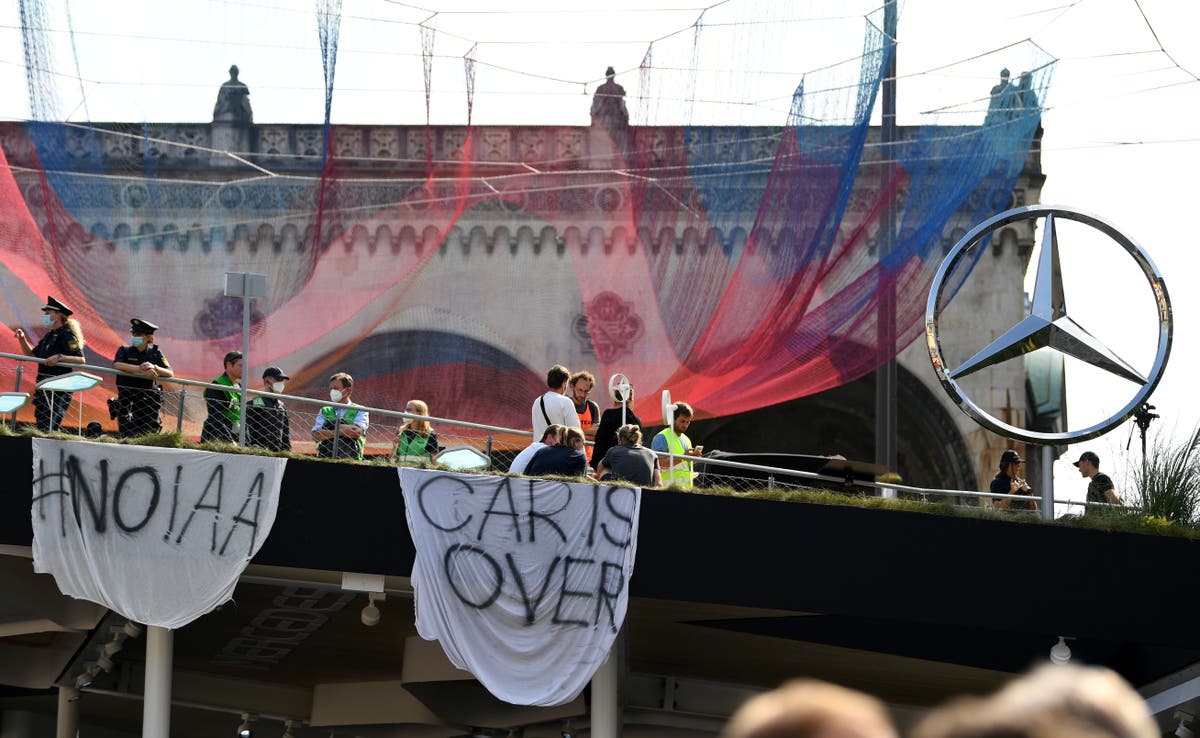 A total of nine campaigners protesting a major motor show in Germany have been imprisoned until Sunday.

The climate activists hung posters on and abseiled from bridges around Munich, which is this year hosting the IAA, the first major motor industry event worldwide since the COVID-19 pandemic.

The nine activists were jailed as a ‘preventive detention’, the Bavarian Broadcasting Corporation reports.

The campaigners allegedly pasted over exit signs with notices such as “traffic collapse in 2,000 metres”. The precautionary detention lasts until Sunday evening when the IAA finishes.

According to the Passau Climate Camp group, two of the people taken into custody are members.

This year’s IAA show is themed “Mobility of the Future” and is a far cry from its usual format showcasing the biggest and mightiest cars on the market.

The pandemic and growing concern over climate change cast a shadow over the event, already under pressure from waning attendance numbers in previous years – from 930,000 in 2015 to just 560,000 in 2019.

Many industry leaders decided against showing up: Toyota, Jaguar’s Land Rover, Stellantis – including its German brand Opel – and Ferrari, to name a few.

“Climate-friendly engines, the digital connectivity of transport – that’s what this fair is about,” Hildegard Müller, president of industry association VDA, which organises the bi-annual show, said at a pre-event press conference last week.

“The goal of climate protection is guiding us.”

England’s rivers ‘among worst in Europe’, amid concern over sewage and pollution