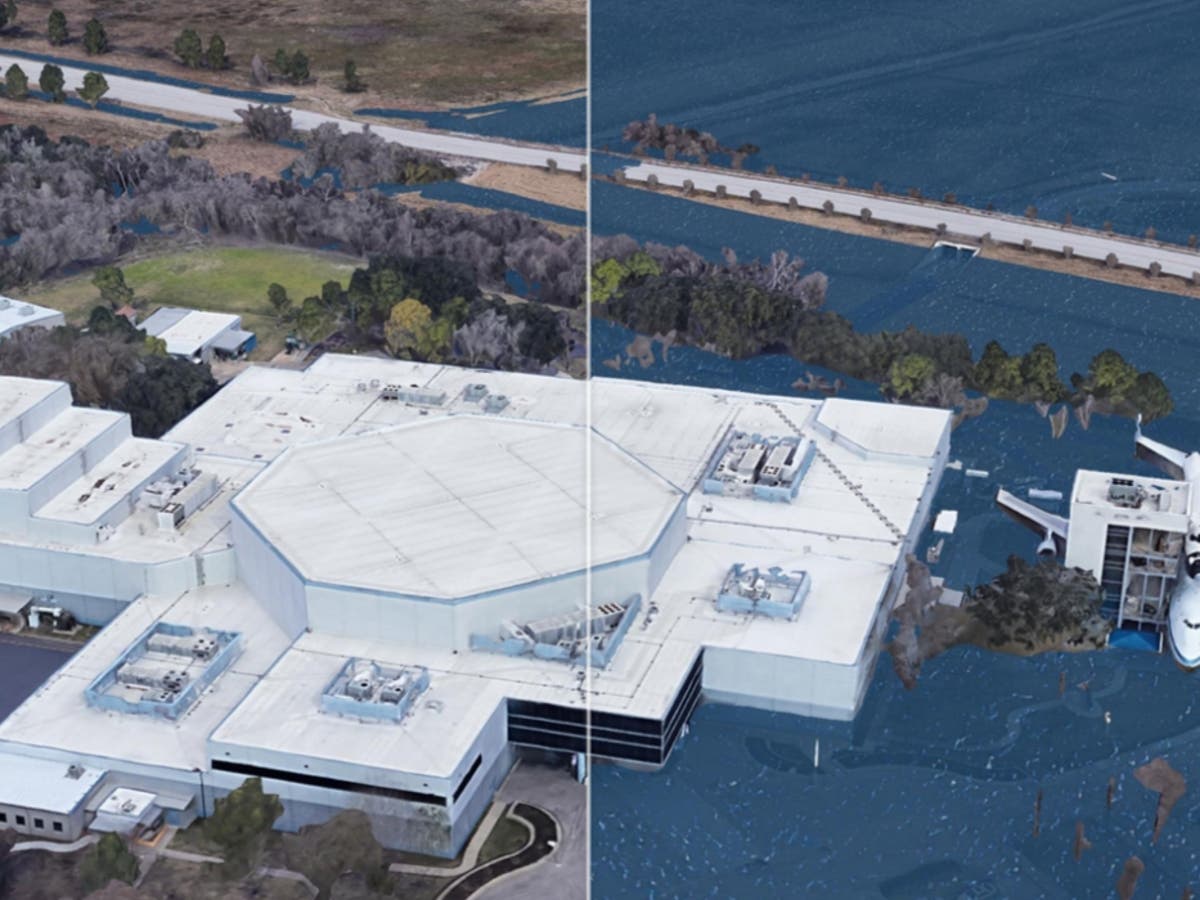 Images produced by the non-profit organisation Climate Central have shown how key sites across America will gradually become submerged underwater if current carbon emissions targets are not met.

Researchers’ projections indicate that cities in California, Texas, Florida, Louisiana, and along the East Coast will experience sea levels rising dramatically in the coming centuries, as a result of the climate crisis.

The collection of pictures shows the difference between 1.5C of global warming, which was the target limit set by the 2015 Paris agreement, and 3C, which the planet is currently on course for by 2100, based on current levels of emissions.

Meeting the Paris climate agreement’s goals could reduce the sea level rise by roughly half. The visualisations indicate which places there is still a chance of saving, and at what point they would be lost.

“A picture is worth 1,000 words, or 1,000 years in this case,” Benjamin Strauss, the CEO and chief scientist at Climate Central told the Guardian.

At next month’s Cop26 climate conference in Glasgow, representatives from across the world will be asked to commit to new goals in response to the climate crisis.

“The decisions that we make at Glasgow and the actions that we take this decade will ramify for hundreds and thousands of years,” Mr Strauss said. “This group is going to be remembered for what they chose: did you choose a thriving future with a livable climate or did you choose to drown the coastal places of the world?”

The researchers at Climate Central forecasted different global warming scenarios to see which communities were the most at-risk, and showed that in the worst case, sea levels could rise enough to displace 15 per cent of the world’s population.

“We’ve seen about a foot of sea level rise over the last century,” Mr Strauss said. “Looking forward we’re talking about 10 feet rise in the best case scenario and 30 feet in the worst.”

However, he went on to explain that sea level rise is no longer stable, and there isn’t a guaranteed rate of change that can be planned for.

Climate Central’s report said that in a warming scenario of 4C, 50 major cities, mostly in Asia, would face loss of land, and many small island nations couple be almost entirely wiped out.

TRACS set the stage in flatworm regeneration: Transient regeneration-activated cell states can exist in tissues near to and distant from a wound site during...

10 of the best eco-hotels in the UK

Over 200 health journals call on world leaders to address ‘catastrophic harm to health’ from climate change: Wealthy nations must do much more, much...

Millions face biggest rise in energy bills in a decade

Gates, Bezos, Branson and Bloomberg in billionaires’ club to mine raw materials in Greenland