‘A huge cause for concern’: World still off track for Paris goals, says UN 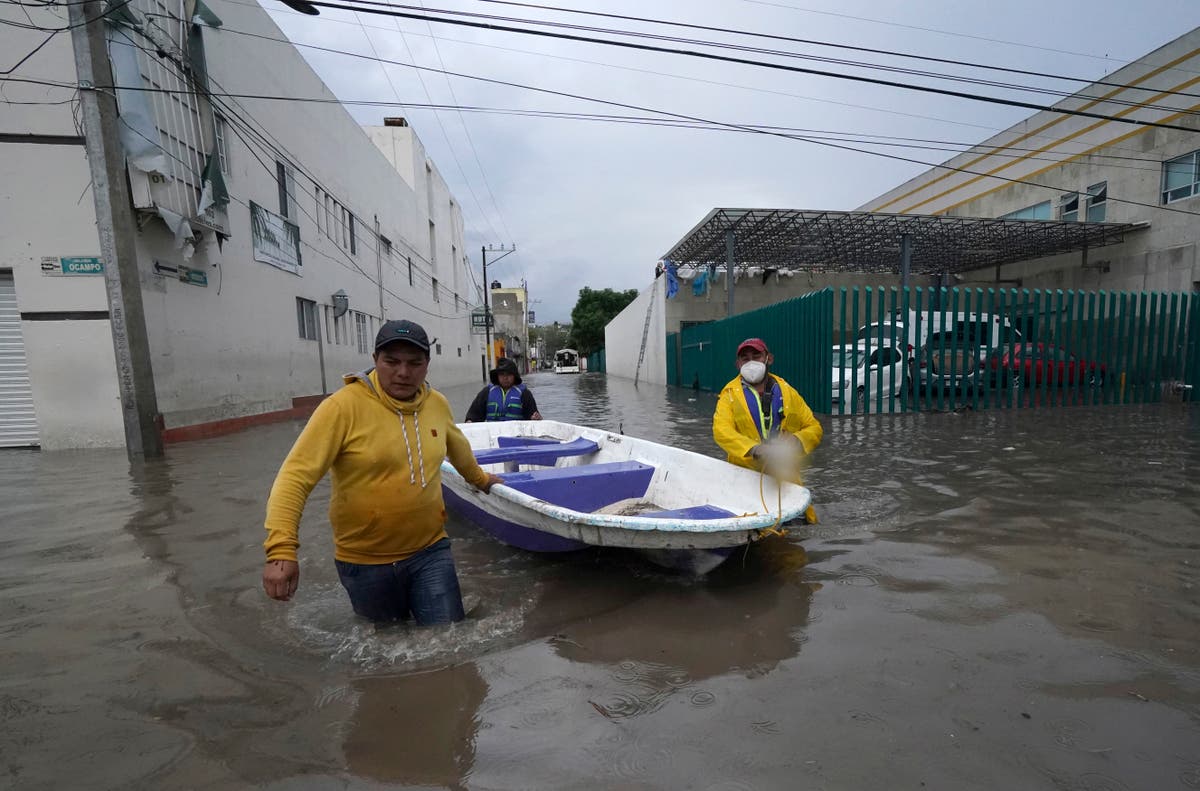 The latest climate pledges put forward by countries would put the world on course for 2.7C of global heating by the end of the century – far above the goals set by the Paris Agreement, a UN analysis finds.

The review finds that countries’ current climate commitments would see global greenhouse gas emissions increase by 16 per cent by 2030, when compared to 2010 levels.

For the world to be on track to meeting the Paris Agreement’s aspiration of limiting global heating to 1.5C above pre-industrial levels, emissions would need to fall by 45 per cent by 2030, according to a recent landmark climate assessment.

“The 16 per cent increase is a huge cause of concern,” said Patricia Espinosa, executive secretary of UN Climate Change.

“It is in sharp contrast with the calls by science for rapid, sustained and large-scale emission reductions to prevent the most severe climate consequences and suffering, especially of the most vulnerable, throughout the world.”

The findings come just weeks before countries are due to meet in Glasgow for Cop26, which is widely viewed as the most important UN climate summit since the Paris meeting in 2015.

Alok Sharma, the UK minister who is incoming president of the summit, urged the world’s largest emitters to come forward with tougher climate plans.

“Those nations which have submitted new and ambitious climate plans are already bending the curve of emissions downwards. But without action from all countries, especially the biggest economies, these efforts risk being in vain,” he said.

“We can change the course of history for the better. We can and must act, for ourselves, for vulnerable communities and future generations.”

The analysis considers the climate plans – formally known as “nationally determined contributions” – put forward by the 191 countries and states signed up to the Paris Agreement by the end of July.

All countries were expected to submit updated climate plans by this date, but many of the world’s largest emitters missed the deadline.

The new analysis finds that, when just the 113 countries that did meet the deadline are considered, greenhouse gas emissions are expected to fall by 12 per cent in 2030, compared to 2010.

However, when all countries are considered, emissions are expected to rise by 16 per cent.

Many of the climate plans put forward by developing countries are based on the condition of receiving financial aid – highlighting the importance of leaders meeting their long-held promise of providing $100bn a year to help poorer nations, Ms Espinosa added.

“The pledge to mobilise $100bn annually by 2020 was key for enhancing climate action by developing countries,” she said.

“That commitment that was made in the UN [Climate Change] process more than 10 years ago has not yet been fulfilled. It’s time to deliver – Cop26 is the place to do so.”

Ms Espinosa added that countries could come forward with new or updated climate plans any time before Cop26 – and that a second NDC synthesis report would be published in October.

Ed Miliband, Labour’s shadow business secretary, said the UK had a “unique responsibility” to ensure the summit is a success.

“This sobering report cuts through the greenwash and exposes the awful truth: the world is not remotely on track to limit global warming to 1.5C,” he said.

“Cop26 provides the world with a chance to secure the progress needed to avert catastrophic climate breakdown.

“As hosts, the UK has a unique responsibility to make the summit a success. We can have no more climate delay. The government must act now before the window closes.”

Laurence Tubiana, CEO of the European Climate Foundation and a key architect of the Paris Agreement, said the findings should spur leaders to take action at a UN General Assembly meeting taking place next week.

“The brutal impacts of climate change are hitting every corner of the world,” she said.

“This report underlines the self-harm big emitters inflict on the planet by failing to meet their obligations under the Paris Agreement. We now need all G20 countries to deliver tougher plans by Cop26 in line with 1.5C.”

The findings come amid concerns the UK’s new defence deal with Australia and the US could stymie climate progress by alienating China, the world’s largest emitter.

“The UK government can sign a new security relationship with Australia but won’t push them to provide upgraded climate pledges ahead of the most important summit held on British soil since the Second World War,” he said.

Australia’s plan for tackling its emissions is rated “highly insufficient” by Climate Action Tracker, an independent research group – and last week it was revealed that the government secretly agreed to drop climate commitments from a UK-Australia trade agreement.

“This needs to be a wake-up call for Boris Johnson to use every diplomatic sinew to ensure Glasgow doesn’t fail,” said Mr Adow.

How Cop26 summit will affect travel in Glasgow next month

The Queen will not attend Cop26 summit in Glasgow next week

Australian wildfires caused twice as much CO2 as previously estimated