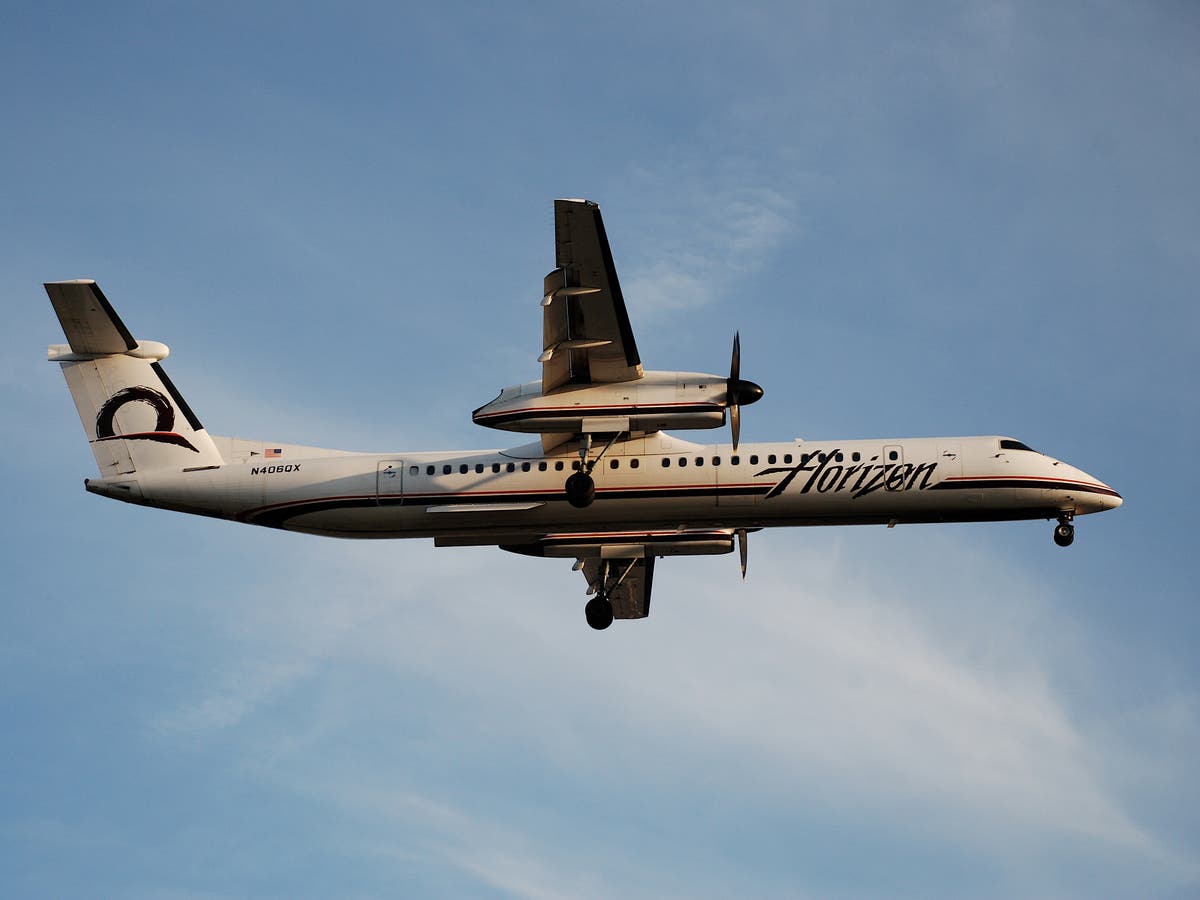 A woman screamed at and punched her son and husband before stealing a fellow passenger’s cookies on a US flight, according to the Federal Aviation Administration (FAA).

The unnamed “unruly” traveller was on a Horizon Air flight from Austin, Texas to San Francisco, California on 18 May – but the FAA has only just released details of the incident.

She refused to fasten her seatbelt, “punched and screamed at her husband and son… diverting flight attendants from their duties,” the FAA said in a statement.

“She threw trash at a flight attendant, and snatched cookies from a nearby passenger.”

The US transportation agency has proposing fining the woman $32,000 for her behaviour.

It was one of 10 incidents involving disruptive passengers that the FAA has now released details of.

In one, a passenger on an American Airlines service was accused of physically assaulting a flight attendant after the captain requested to remove her from the flight for refusing to wear her face mask.

In another, a passenger “verbally abused flight attendants after she realised her assigned seat would not recline” on an American Airlines flight from Dallas-Fort Worth Airport to Aspen, Colorado.

In a third, a Southwest Airlines passenger left his seat and attempted to enter the cockpit before trying to remove his luggage from the overhead bin during the plane’s final descent.

Although occurrences of “air rage” have dropped since the FAA launched a zero tolerance policy for unruly travellers, rates remain high, with 100 instances involving physical assault recorded since January.

“Our work is having an impact and the trend is moving in the right direction,” FAA Administrator Steve Dickson said in a statement.

“But we need the progress to continue. This remains a serious safety threat, and one incident is one too many.

“The FAA will continue its Zero Tolerance policy, keep its public awareness campaign going, and keep pushing and partnering with everyone in the aviation system to do more.”

When can I visit America? The Holiday Guru answers readers’ Covid travel questions

Morocco holidays: The cool beach town of Taghazout Bay was once a rundown fishing village

End of PCR tests? Researchers develop alternative that they say is ‘just as accurate’ and faster

Patriots ‘Will Hand This Dude the Bag’ In Free Agency, Says Analyst

Stop Worrying About How Much Time Your Kids Spent in Front of Screens During the Pandemic, New Study Says