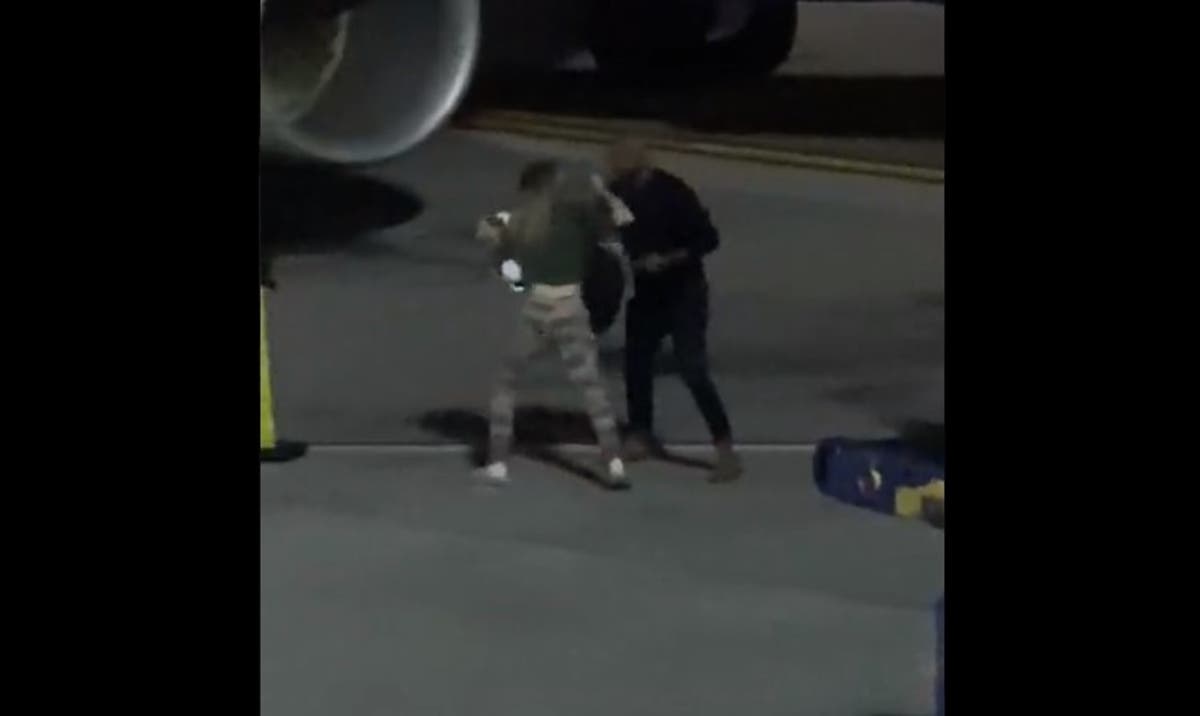 A woman has been detained in Los Angeles after running out onto the tarmac at the city’s LAX Airport on Monday night, apparently in a bid to “wave down” an aircraft.

According to witnesses, she ran down the steps of the airport terminal where passengers were awaiting a Southwest Airlines flight, and out of the exit door onto the tarmac.

The woman appeared to be trying to flag down another plane, according to those watching, while videos show her running from point to point in a distressed manner.

Broadcaster Tezlyn Figaro tweeted a thread of videos and captions about the incident from the LAX terminal where it occurred, accusing LA police of being more lenient with the white woman involved than they would be with a black person.

Figaro says that police took several minutes to appear after the woman ran outside, and that, once restrained, she was allowed to stand and watch while her luggage was searched.

“It seems like it took the police forever to get here. If she were Black, she would be shot (with no questions asked),” wrote Figaro.

“I’m amazed at how GENTLE LAPD [Los Angeles Police Department] is with this white girl that ran on the tarmac at LAX (federal offense) no weapons were drawn, they brought the firefighter for medical attention,” she added.

However, LA’s airport police department responded from its official Twitter account, saying that the woman had been experiencing a “mental health crisis” and the response was proportionate.

“@LAAirportPD officers responded within minutes of the call. Woman experiencing a mental health crisis. Officers acted professionally placing her in custody an [sic] later transported her for a mental evaluation,” they said.

In May 2020 a trespasser on the runway at Austin-Bergstrom Airport was hit and killed by a Boeing 737 as it landed, while last August, a man was able to stroll into LAX’s airfield and board a parked American Airlines plane on the tarmac.

A spokesperson for LAX’s Airport Police Division said: “On 29 November at approximately 6:30pm, a ticketed female passenger inside LAX’s Terminal 1 went out a door, triggering an alarm, and onto the ramp.

“The woman has been taken to a local hospital for minor injuries and a mental health evaluation. She told responding officers she was trying to flag down the aircraft, which was still parked in the gate area.

“Airport police cleared the area and no flights or operations were delayed due to this incident.”

All testing requirements could be axed for vaccinated travellers

Australia holidays: A guide to the joys of Melbourne

RT-PCR mandatory for passengers from 9 countries landing in Kolkata

Ami Patel: Can you wear statement sleeves for Zoom meetings?

What is the ‘rest of world’ (ROW) list and which countries are on it?

Inflation rises at fastest rate since 1997

Apple has strong feelings about the ‘metaverse’, report claims