Why I can’t wait for an autumn reunion with my city soulmate, New York 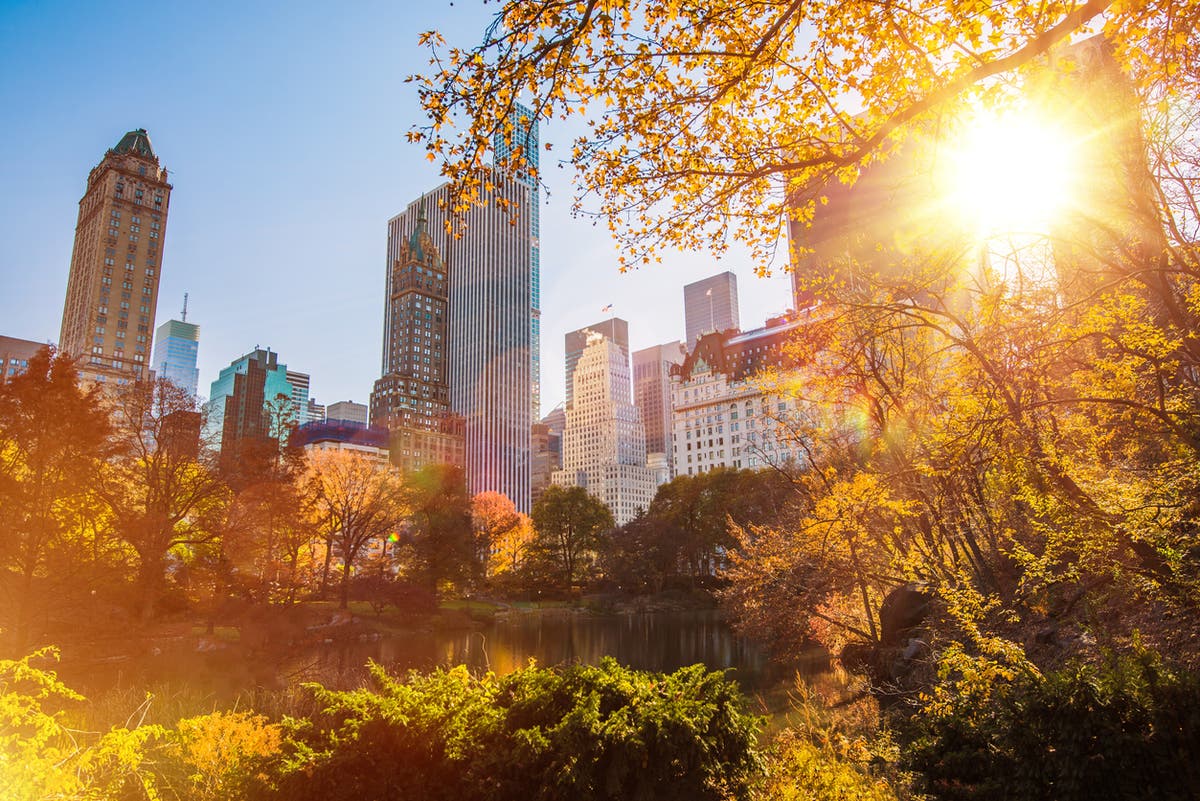 “London is satisfied, Paris is resigned, but New York is always hopeful. Always it believes that something good is about to come off, and it must hurry to meet it.”

So wrote legendary Manhattan wit Dorothy Parker in 1928, with no notion that hope would be the travel mood we most craved nearly a hundred years later, in the dazed, hamstrung travel season of autumn 2021.

Not to sound like a cheap Eighth Avenue bumbag, but I heart New York. It’s the only destination in the world I visit every year – sometimes twice a year – not because I need to “tick it off” or “discover” it, nor for any particular stateside friend or family member, but for the sheer, heady love of the place itself.

Like Eve before me, I bit into the Big Apple and tumbled into a giddy world of all-hours cocktails, pavement-side brunches and mind-bending art galleries. My first visit there coincided with my really getting comfortable as a traveller. In my travel life, there is only BNY and ANY: Before New York, and After.

I’ve never had a bad trip to this city. I go, invariably, in sun-warmed late spring or the thick of crunchy-leafed autumn, for four or five days, to gorge in its trendsetting restaurants, wander its leafy parks and have locals mutter swear words at me as I fail to use the subway turnstiles correctly. Again.

I always make time to see a Broadway show or two – New York has the best theatre scene on the planet – and belt out some showtunes myself in one of the West Village’s rowdy piano bars.

With a hotshot restaurant, a slick cocktail bar, a Central Park wander and a theatre ticket always on the agenda, it’s possible that I’m a little too set in my ways. But I have so few repeat experiences in my travel life that New York’s reliable noise, colour, flavour and innate pizzazz is deliciously familiar.

Unlike most hip and happening New York-ophiles, I’ve never been much enamoured with the other boroughs, such as Brooklyn or Queens, perhaps due to my short-fix trips of no more than a few days. For me, Manhattan has more than enough – far, far too much – to see and taste in that time.

Here’s where I’m glad that I’m one of the city’s pesky repeat visitors – it means that my last jaunt there was as recent as November 2019. Travelling with my best friend, we knocked back whisky sours in Lower East Village hotspot Ray’s Bar, loaded up on bagels and lox at fourth-generation Jewish deli Russ and Daughters, and visited the Vessel, a curious hive-like structure that mashes up public art and a trippy viewing platform.

This does not mean I’m up to date on New York. As with any dear friend we were kept apart from during the pandemic, the city and I have so much to catch up on.

I couldn’t Zoom with Manhattan during the travel shutdown, but I did spend hours scrolling Instagram for a local’s-eye view – watching as the city that never sleeps fell quiet in March 2020; as Broadway theatres switched off the lights for an unprecedented 18 months; as locals revelled in the empty streets and parks on essential walks; as folks rejoiced in their first dinner back, their first brunch, their first rooftop party.

NYC had a headstart on our celebrations, dropping all Covid-19 restrictions on 15 June, months before I’d be allowed a reunion. Now I find myself worrying what will and won’t have survived the months-long hospitality shutdown. Has that minuscule Italian on Spring Street that my mum and I fell in love with soldiered on? Will my favourite wine bar in Chelsea Market still twinkle with personality?

I’d even go back for the most overpriced tourist-trap bagel I’ve ever eaten – $18 for a cream-cheese and lox-slathered breakfast, procured after 20 minutes of queuing. It tasted… exactly like a salmon bagel. Truly, New York is the magnetic city embodiment of the meme “[Insert celebrity] could slap me in the face and I’d thank her”.

Now, finally, as of 8 November the US government letting me back in (along with the rest of the fully vaccinated UK population, I suppose). I intend to pretty much single-handedly revive the economy.

I’ll get to reunite with NYC this autumn, reacquainting myself with the city as Parker loved it most – “on a shiny blue-and-white autumn day with its buildings cut diagonally in halves of light and shadow, with its straight neat avenues colored with quick throngs, like confetti in a breeze”.

Something good is about to come off, and I must hurry to meet it.

Croatia holidays: The island monastery that is now a hotel reminiscent of a Game of Thrones set

UK traffic travel light system ‘to be scrapped by 1 October’

Cycling holidays: You don’t need lycra to pootle through the glorious countryside of East Anglia

Melbourne ends one of the world’s longest lockdowns

Overcome the ‘Urgency Addiction’ to Become the Leader Your Team Needs