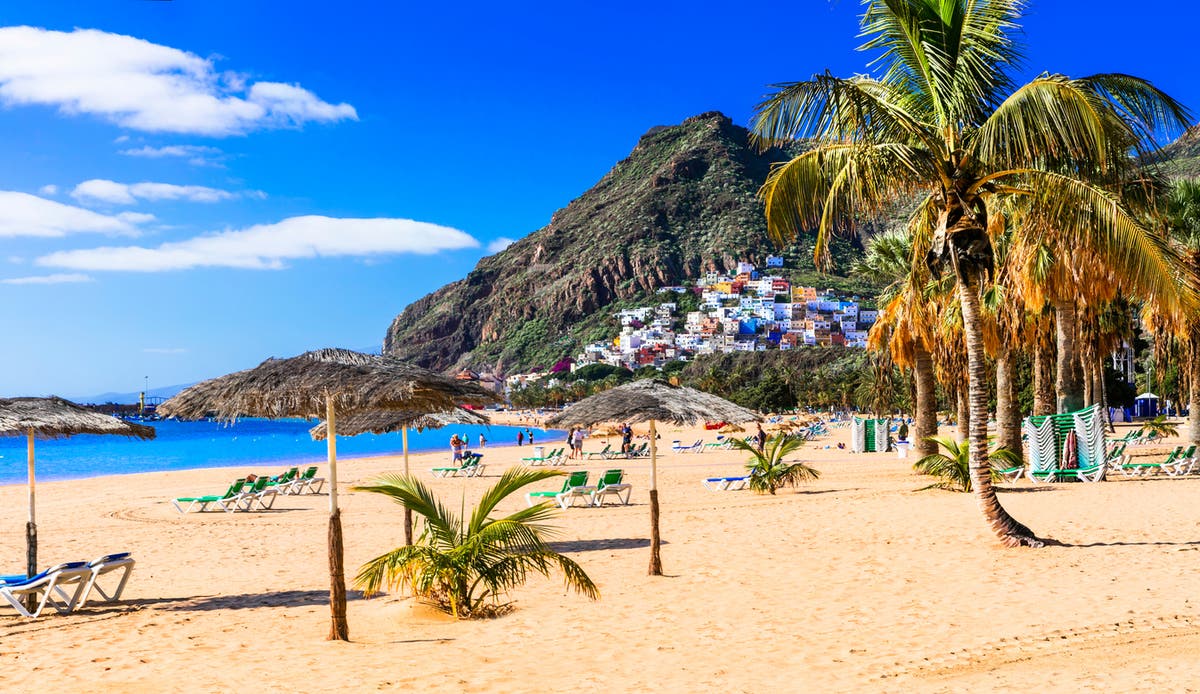 Holidaymakers bound for Tenerife will find tighter restrictions on the ground this week after the island upgraded its Covid alert to level four – or “very high risk” – on Monday.

Coming into effect from this week, the Canary Island’s newly increased rules include pubs and restaurants shutting at midnight and public transport being capped at 75 per cent capacity.

A maximum of six people are now allowed to meet (either indoors or outdoors), while vaccine passports must be shown to enter some indoor venues.

Paper or electronic NHS Covid Passes will be accepted by Tenerife establishments.

The measures will be in place until at least 24 January, when the local government will review them.

The Canary Islands are seeing a surge in Covid cases at the moment, reporting 2,891 positive infections across the archipelago on Sunday.

With a mild climate throughout winter, the Canaries are a popular choice for Britons escaping the colder months, with tourism accounting for 35 per cent of total GDP and more than 40 per cent of employment across the islands.

In December, the Hoteliers Association of Tenerife, La Palma, La Gomera and El Hierro – Ashotel – warned the Spanish government that the islands’ ongoing restrictions risked “destroying” the tourist season there.

“Now that we are in the middle of our high season, why do we have to lose thousands of reservations on the islands due to a decision that really meets political criteria?” said Ashotel president Jorge Marichal.

Spain last week topped a list of the most popular countries Britons plan to visit this year, according to a survey by ABTA, the Travel Association.

Six of the best places to visit in September

Anusha Dandekar is ‘breathing, climbing mountains, laughing’ – A page from her trip diaries

Amber list travel: Here’s everything you need to know… and there are deals to suit all budgets

Sara Ali Khan is missing mountains of Kashmir in unseen throwback pics from holiday: Check it out

Staycation holiday: A day out with Peppa Pig at a New Forest theme park

Australia holidays: A guide to the joys of Melbourne

Fully-vaccinated travellers arriving from France no longer required to quarantine