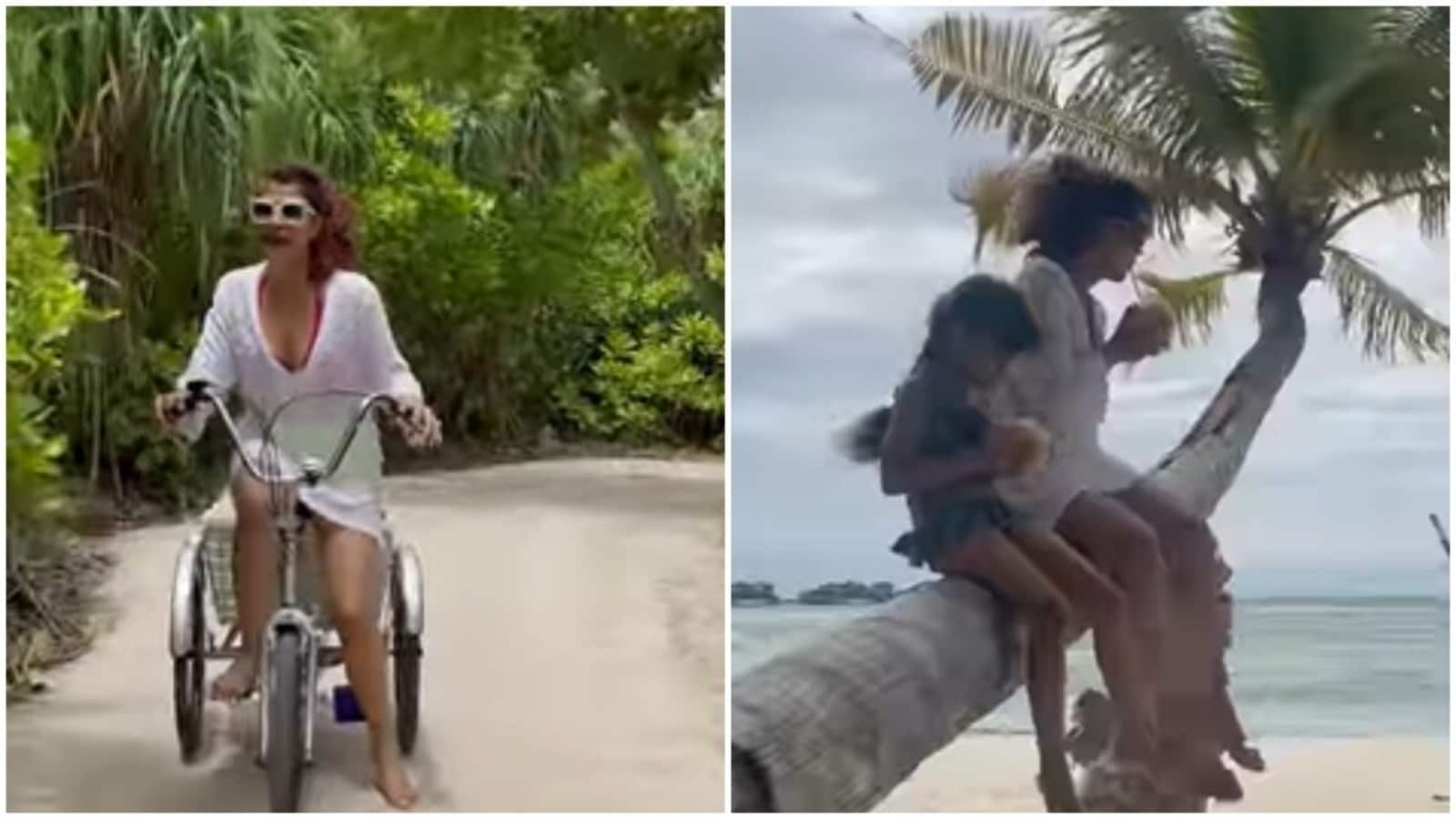 Tahira Kashyap is having the most fun on her vacation. Tahira, with husband Ayushmann Khurrana and the kids, Virajveer and Varushka, recently flew off to Maldives for their family vacation. Since then, stunning pictures have been making their way on our Instagram feed.

Tahira’s “soulmate forever” is her daughter Varushka. The mother-daughter duo explored the islands of Maldives in a cycle with a seat. From climbing the coconut trees by the beach to having coconut water with their feet in the sand, the family did it all.

A video, documenting the amount of fun that they have been having in Maldives, made its way on Tahira Kashyap’s Instagram profile on Tuesday, and it is making our weekday better. The video perfectly captures the close-knit bonding that the family has.

ALSO READ: Tahira Kashyap, in a yellow bikini, is in her ‘best profile’

Tahira also scooped out some alone time on her vacation and posed for a picture in a yellow bikini. With her open tresses flying to the wind from the sea, she added tinted shades to give it a more vacay vibe. Ayushmann was the personal photographer for the shot, who clicked it from the profile that he considers best. “Clicked by Ayushmann Khurrana who says this is my best profile,” wrote Tahira.
+

Tahira Kashyap’s travel pictures are setting major goals for us, all the while giving us major FOMO. BRB, planning for the next vacation.

Six of the best places to visit in September

Pack your backpack and go trekking!

Want to get away from it all? Try the 10 most ‘underrated’ national parks