Staycation travel: The delights of Oban, home to one of the oldest whisky distilleries in Scotland

From McCaig’s Tower on the hill above the harbour you may feel temporarily transported to the capital of Italy during the days of the Romans.

For this ‘tower’ is nothing of the sort. Instead, it takes the form of a wide, granite amphitheatre, 650ft in circumference and based on the Colosseum in Rome.

The incredible structure was built in 1897 by local businessman, philanthropist and eccentric John Stuart McCaig, who intended to commission statues of himself and his family to be dotted around the site.

Colosseum lookalike: Pictured in the centre background is McCaig’s Tower, which looks out over Oban 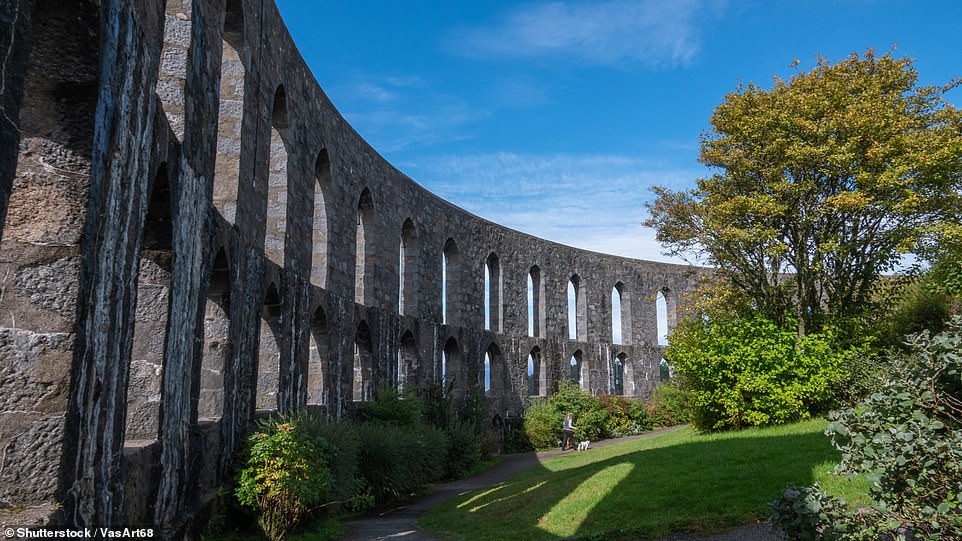 The purpose, apart from ensuring his posterity, was to provide work for stonemasons during a downturn in the local economy. But he died before these plans were realised and they were never completed.

Being a major ferry port for the Hebrides — Caledonian MacBrayne (known to all as CalMac) has a terminal here — there is a sense that Oban is a transient place.

Many people simply pass through it on their way to the likes of the Isle of Mull, Lismore, Iona and Coll. Yet, for this reason, it makes a perfect base for exploring the area, as Dr Samuel Johnson and James Boswell found in 1773, having found ‘a tolerable inn’, as described in Dr Johnson’s A Journey To The Western Islands Of Scotland. 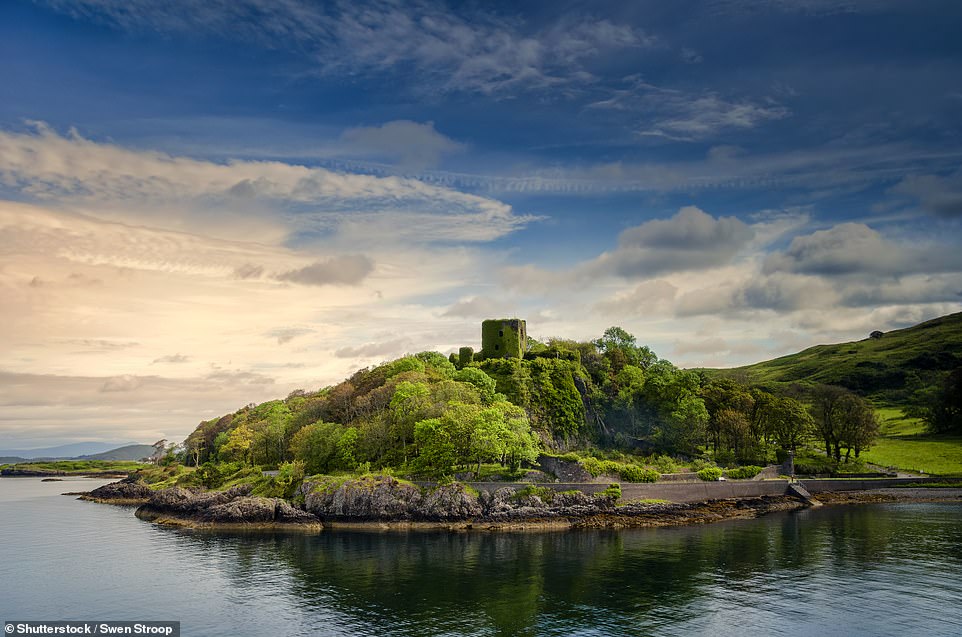 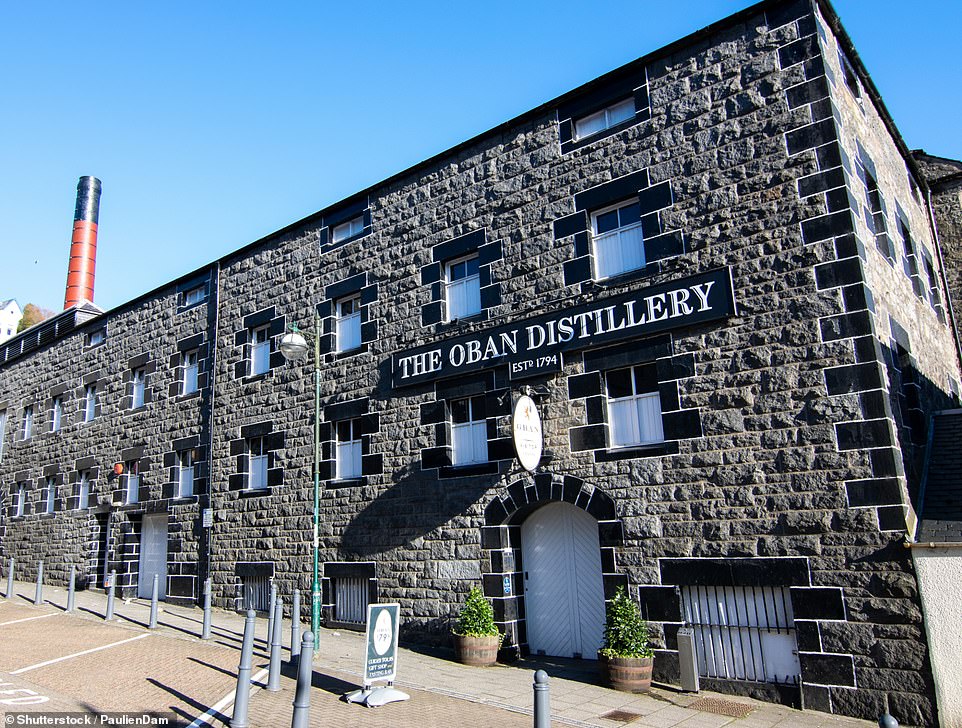 Tours explaining the painstaking process of making whiskey are organised at The Oban Distillery, as are tastings 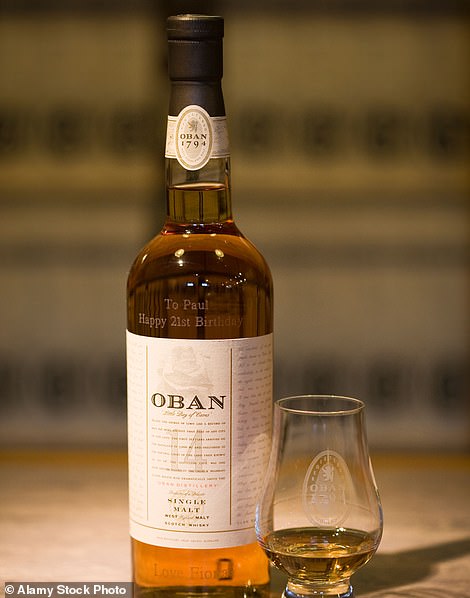 A local single malt. The Oban Distillery is one of the oldest in Scotland, dating from 1794, Tom reveals

Meanwhile, in 1814, Sir Walter Scott waxed lyrical of the town’s little Dunollie Castle. ‘I have seldom seen a more romantic and delightful situation,’ he wrote.

For a while in the mid-19th century it seems as though Oban was hot property in creative circles.

Perhaps the whisky had something to do with it.

The Oban Distillery is one of the oldest in Scotland, dating from 1794.

Before it was founded, the town relied on small-scale fishing, shipbuilding and quarrying, but the arrival of whisky turned around local fortunes, with houses built for workers and hostelries springing up.

Tours explaining the painstaking process of making the tipple are organised, as are tastings.

At these, you are provided with ‘four wee drams’ of varying ages, told that you should never put ice in whisky, and that it should be served at room temperature. 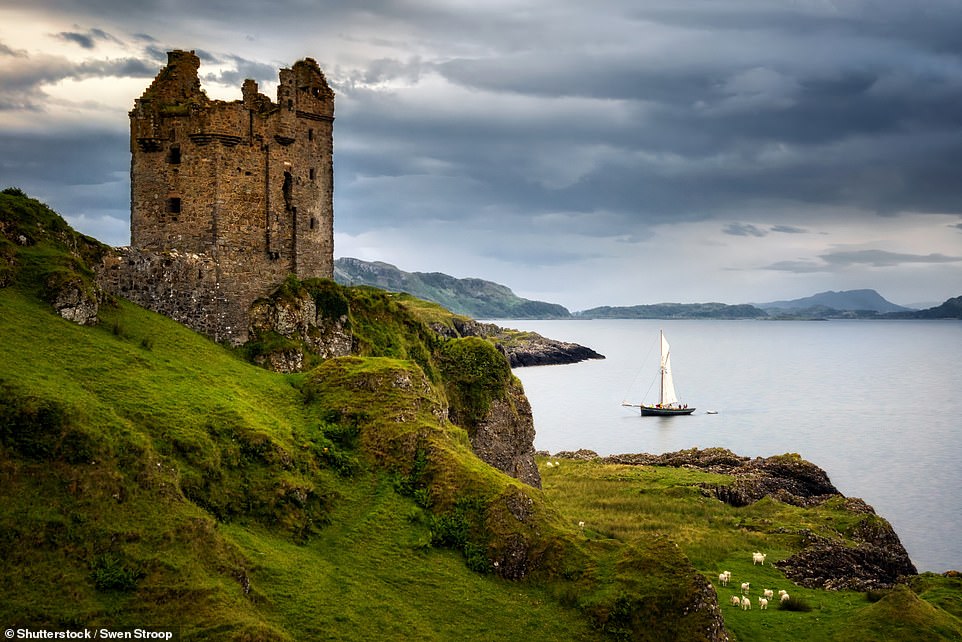 Tom took a day trip to the tiny island of Kerrera, where he trekked to see the ruins of Gylen Castle (pictured) 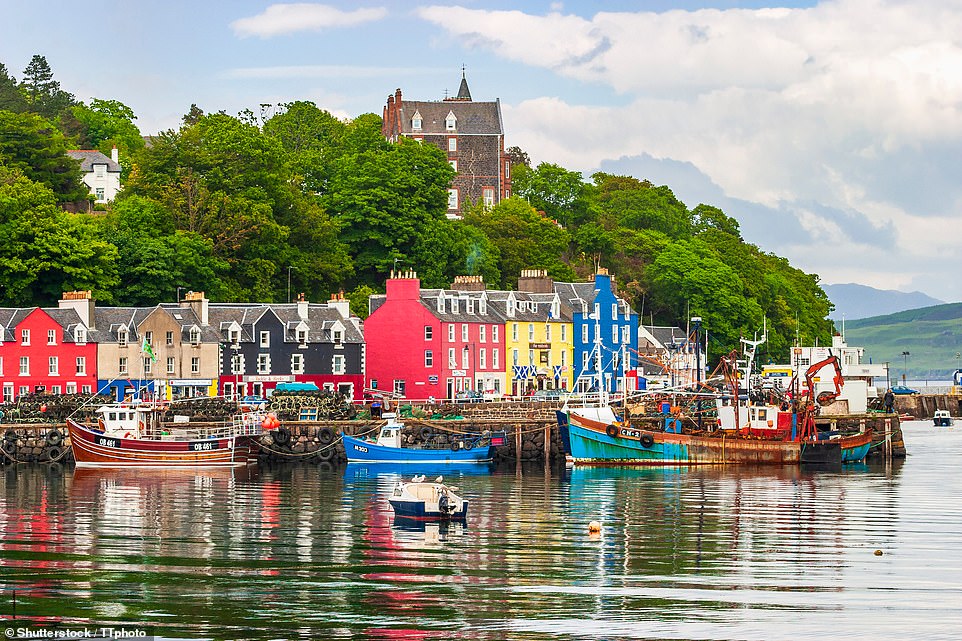 On the Isle of Mull, Tom stopped to explore the little town of Tobermory (pictured), with its delightfully colourful buildings

You are also invited to notice ‘mouth-filling late autumn fruits’, ‘hints of orange zest and cloves’, as well as Highland toffee and red berries. The nearby Oban Inn, established in 1790, is the place to keep the party going, with its old sea charts on the walls, captains’ wheels, portholes, first-rate battered fish, mussels and sea- salty, no-nonsense atmosphere.

‘Don’t want to go to heaven — none of my friends are there,’ is the inscription carved on one table.

A pair of day trips by ferry enlivened our stay. One to the tiny island of Kerrera: two miles by five miles, and ideal for a walk with a stop-off to see the ruins of Gylen Castle.

This was once a MacDougall clan stronghold until it was besieged by Covenanter troops in 1647. Turner filled his sketch book with drawings of its dramatic setting.

The other was to Mull, stopping at the little town of Tobermory, with its delightfully colourful buildings, art galleries and the excellent Mishnish inn — blazing fireplace, good music, excellent oysters and seafood chowders.

Oban gets busy in summer. At this time of year, it has an unhurried air — and a confident one. Those literary associations and single malts might have something to do with it.

Into the red: ‘laundering’ my travel status in Mexico to enter the US

UK hotels: A review of Leonardslee Lakes and Gardens, a West Sussex restaurant with rooms