Singapore Changi held the title of ‘world’s best airport’ for eight years in a row, but now it has lost its crown to Hamad International Airport in Doha.

The Qatari hub has been named the No.1 in the world in the 2021 Skytrax World Airport Awards, with Changi coming third behind second-place Tokyo Haneda Airport.

Hamad International Airport in Doha (pictured) has been named the No.1 airport in the world in the 2021 Skytrax World Airport Awards

The highest-place U.S airport is Houston George Bush, in 25th, with Melbourne flying the flag for Australia in 22nd. 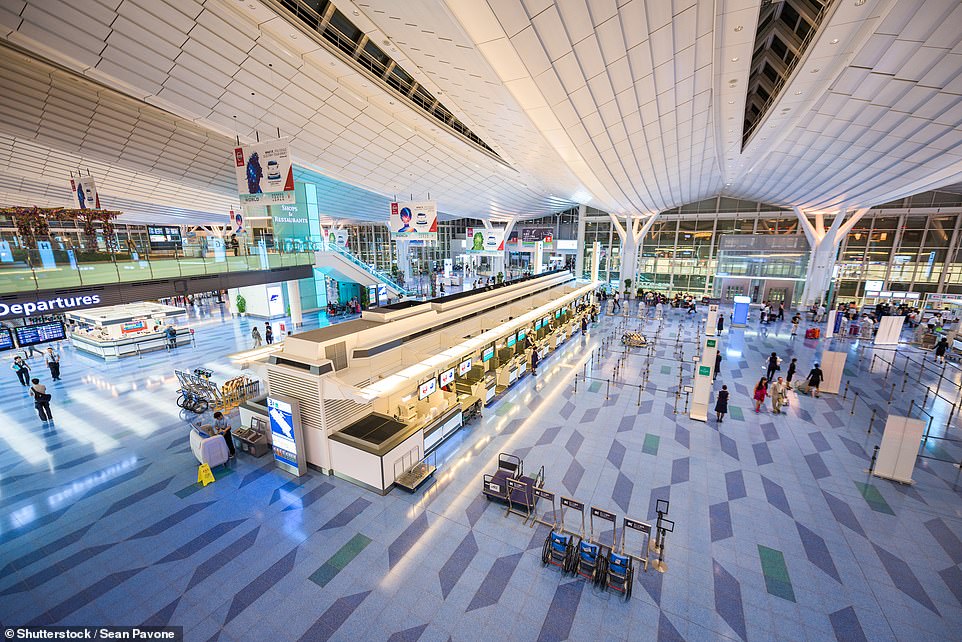 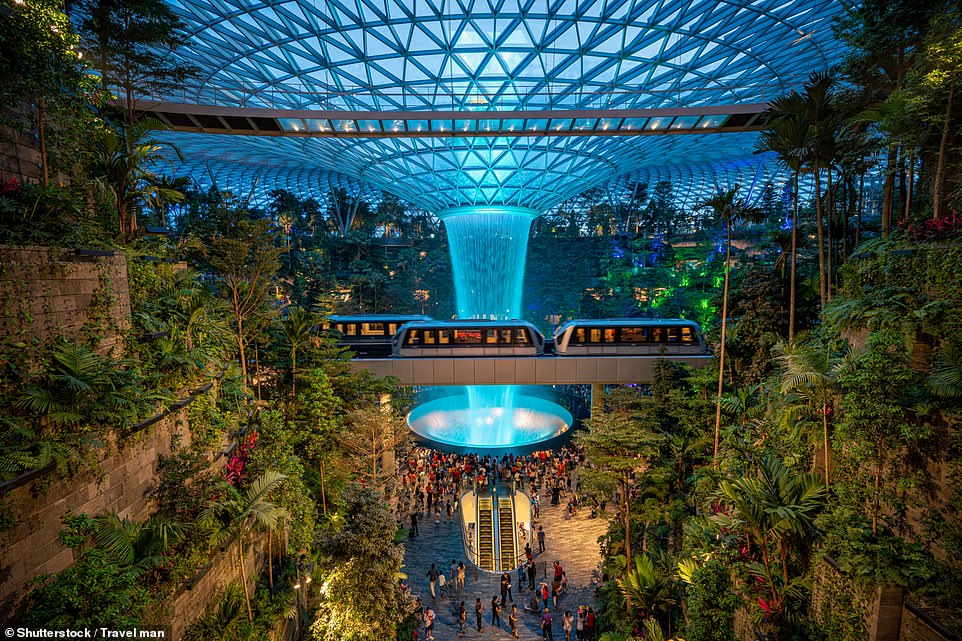 Guangzhou Baiyun International Airport has been named the Best Airport in China, the World’s Best Airport in the 35 to 45million Passenger category and also takes the awards for the Best Airport Staff in China. The airport also achieved its highest global ranking at No.14, up from No.30 in the 2020 Awards. 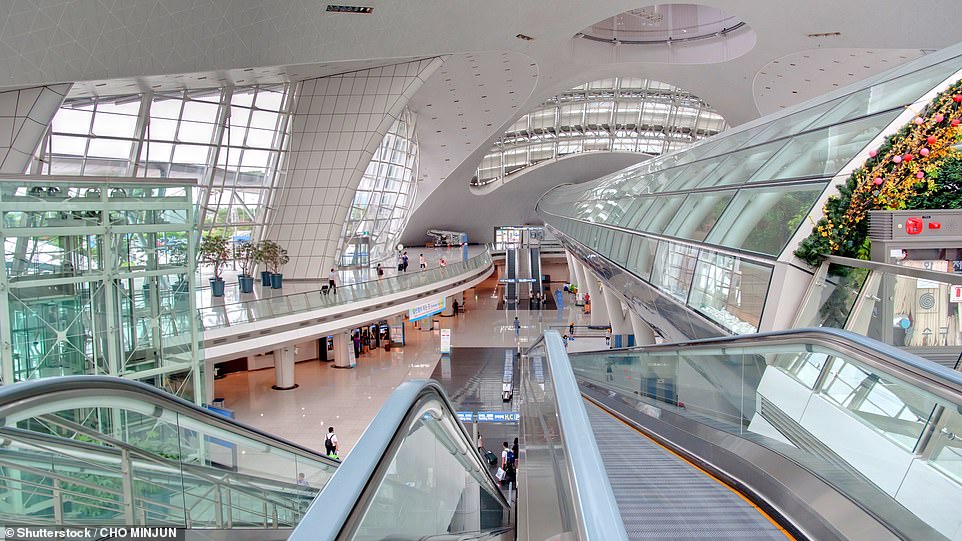 London’s Heathrow Airport is named World’s Best Airport in the 20 to 25million Passenger category, as well as the Best Airport in Western Europe. It comes eighth in the main ranking 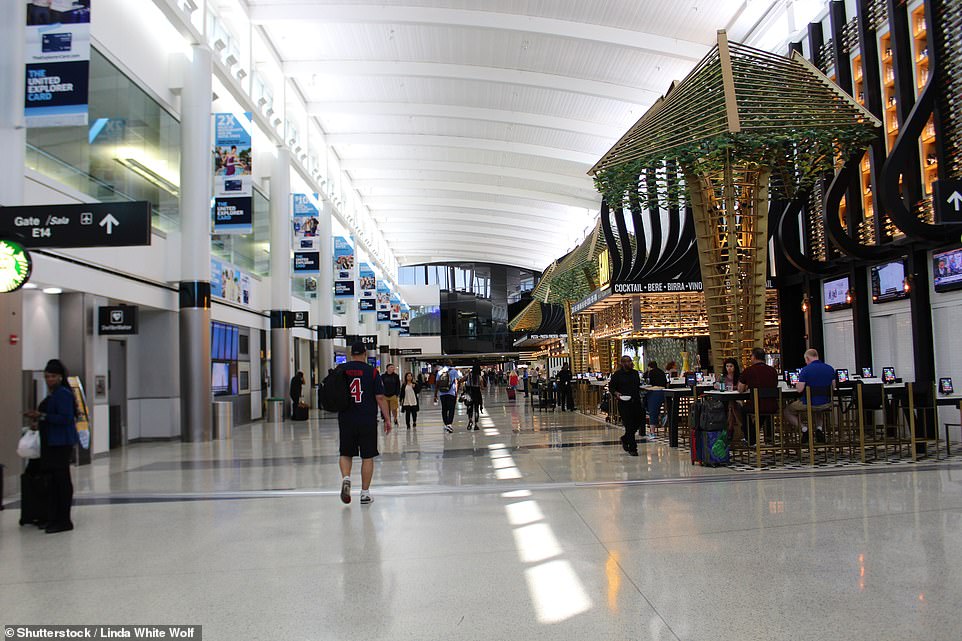 The highest-place U.S airport in the 2021 Skytrax awards is Houston George Bush (pictured), in 25th

‘Achieving this honour is very much a team effort, and our congratulations go to the management, staff and stakeholders at Hamad International Airport that help make this happen.

‘As travel hubs worldwide have been impacted by the pandemic, Hamad International Airport was undeterred by the global travel disruptions and continued with its expansion plans while introducing additional airport health and safety standards.

‘As the Official Airport Partner for the Fifa World Cup Qatar 2022 we wish Hamad International Airport every success in helping to host such a major event.’

Skytrax added: ‘The 2021 World Airport Awards recognise the efforts of global airports in adapting and meeting the challenges of the Covid-19 pandemic.

‘The past 18 months has been the most challenging and financially difficult period ever experienced by the world air transport industry, and airports have invested to provide the safest possible environment for their customers and staff during the global pandemic. Covid-19 has impacted some regions and airports more than others, with many areas having few, if any, international routes operating for more than a year.’

Lorraine Kelly, Chris Tarrant and other celebrities reveal where they’re holidaying in 2022

Italy holidays: Enjoying a glorious e-bike break along the shores of Lake Garda

Ski season is on again in Germany and Austria, with restrictions

Byron Bay: A serene destination in Australia to recharge your senses

Fury grows at mandatory quarantine from France to UK

Ryanair passengers banned from flights unless they pay back previous refunds

How house-swapping can give you the perfect pet-friendly staycation (and no money changes hands!)

Eating and drinking in central Florida

Some 19m years ago the world’s sharks almost disappeared

Sonali Bendre reveals she did an ad for a beer product when she needed money; recalls her decision not to endorse smoking and tobacco...