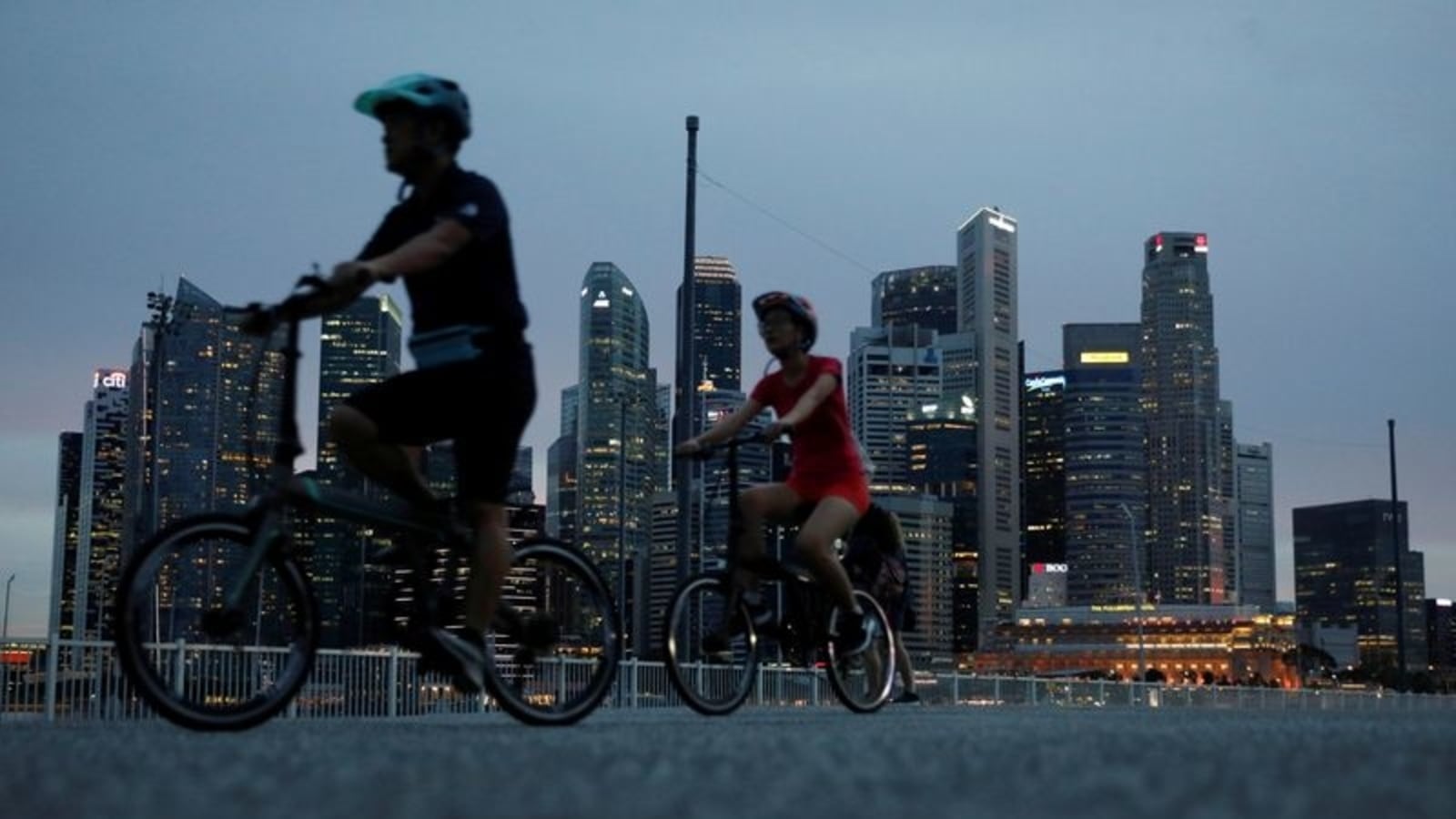 Singapore is easing some tough Covid restrictions put in place more than a month ago to tackle a surge in infections, with five people from the same residence allowed to dine at restaurants starting from Wednesday.

The changes mark some relaxation of restrictive curbs that were re-imposed in late September on one of the most vaccinated countries in the world amid a jump in infections that have tested its health-care system.

“We are easing off slightly on the bicycle brakes, but we must not let our guard down and lose control as we go down slow,” finance minister Lawrence Wong, who also co-chairs the business hub’s virus task force, said in a briefing on Monday.

Previously, Singapore had allowed eight people from different households to dine together in restaurants around the start of the year, but as infections emerged in different parts of the country, the government has restricted this social activity for fears of virus transmission.

Amid increasing signs of fatigue among Singapore residents toward calls from the authorities to stay at home, the government said it is now looking to pilot the resumption of sports and professional events for those who are fully vaccinated while more school activities will be allowed to resume.

Among the more relaxed measures, restaurants and bars will be allowed to play soft recorded music although live music and entertainment remains banned. The city-state had earlier banned music inside food and beverage outlets to prevent patrons from having to raise their voices and potentially spreading the virus.

In a sign that Singapore is looking to push more people to get vaccinated, those who chose not to get the jabs will now have to pay for their own medical bills if they get Covid. To date, 85% of the population is fully vaccinated against Covid-19, and 18% have received boosters.

“Progress in vaccination and boosters has contributed immensely to the tempering of Covid-19 cases,” the ministry said. “However, those who are not fully vaccinated continue to disproportionately make up the bulk of severe and ICU cases, and impose a strain on our healthcare system.”

However, there are encouraging signs with the weekly infection growth rate — a ratio that compares the number of community cases in the past week to the one before — trending below 1 for the last five days. This is a key milestone that health officials in the Asian financial hub have pointed to as one of the prerequisites for any reopening.

With the Pfizer vaccine already approved for use in children between the ages 5 and 11 years in the US, Singapore is assessing whether to do the same with a recommendation likely to come later this month, said health minister Ong Ye Kung at the briefing. The government is embarking on a study with a few hundred children in the age group who will receive a smaller vaccination dose.

Other new measures include:

Which countries could come off the red list this week?

Hotels with Michelin-starred restaurants: Book a place at Europe’s top tables from Puglia to Madeira

U.S. will deport undocumented migrants regardless of vaccination status, even as border restrictions ease