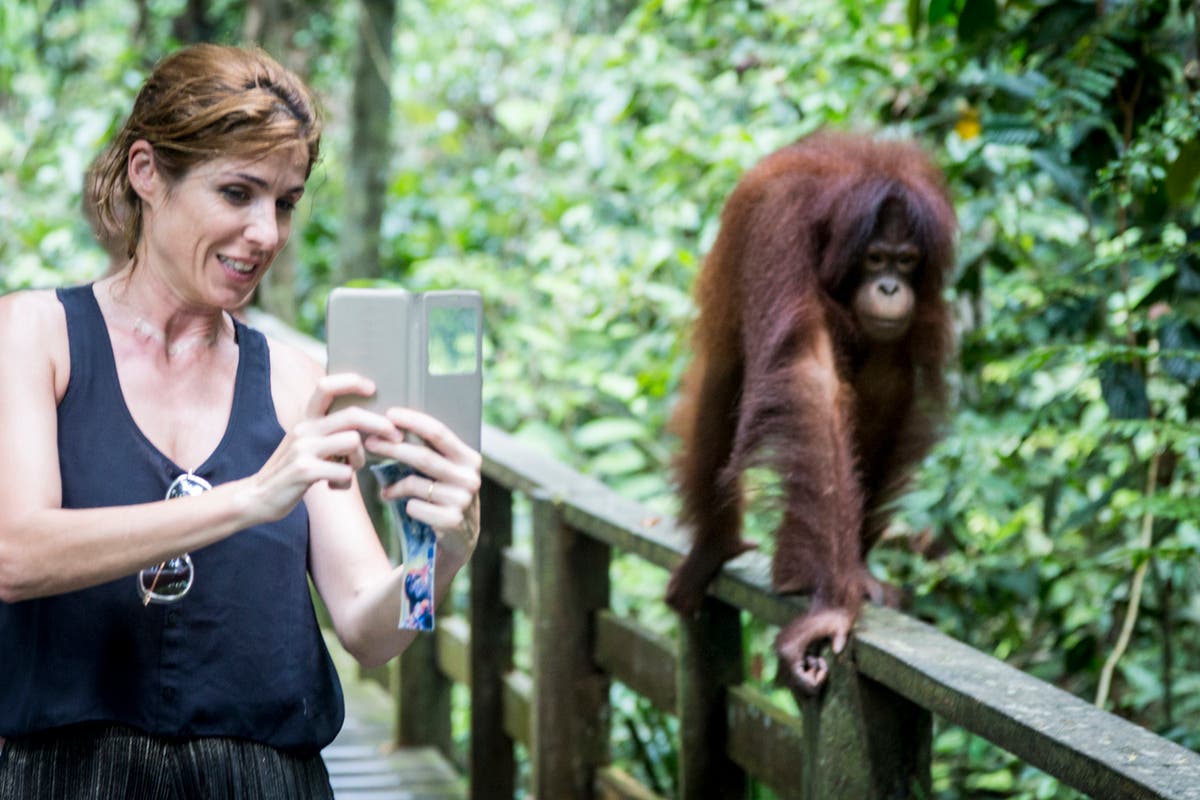 Tourists in countries such as Indonesia are endangering wild orangutans by getting too close to the primates, researchers have found.

A team of conservation researchers examined social media evidence of visitors to Indonesia’s Mount Leuser National Park and found that, despite local wildlife rules and guidelines, tourists in Indonesia were breaching a “10-metre rule” in order to get up close to the endangered apes.

Researchers reported finding photos and videos of travellers taking selfies with the creatures and even stroking them.

The team said there was “substantial potential for disease transmission” from people to orangutans in a report, published on Monday.

Humans can transmit Covid-19 and other viruses to primates such as orangutans and gorillas.

“The risk of zoonotic disease transmission between visitors and orangutans is extremely concerning,” said the lead author of the paper, conservation biologist Andrea Molyneaux.

“There are national park rules that inform visitors of the risks but our results indicate that tourists may not be aware of them. There appears to be apathy within the wider conservation community to promote awareness of these rules.”

“In the photos we analysed we saw tourists touching, patting, cuddling, feeding and getting very close to orangutans for selfies,” reported Emma Hankinson, one of the researchers on the team.

Orangutans only live on the islands of Sumatra and Borneo – numbers of Bornean orangutans are estimated at 104,700, meaning they’re rated “endangered” by the World Wildlife Fund, while there are only around 7,500 Sumatran orangutans, making them “critically endangered”.

“We desperately need to promote awareness of these rules so visitors know they must not get close to or feed orangutans,” said Molyneaux of the report’s findings.

Ryanair passengers banned from flights unless they pay back previous refunds

Qantas to operate its longest ever nonstop flight

The best UK hotels where the spa’s the star, from Corinthia London to Carden Park in Cheshire

Love is all around! Romantic things to do this holiday season in New York City for couples

Can I travel to France from the UK?

Kicked off a flight for wearing a crop top: why are airlines still so conservative?

These are the best healthy breakfasts to feed your kids