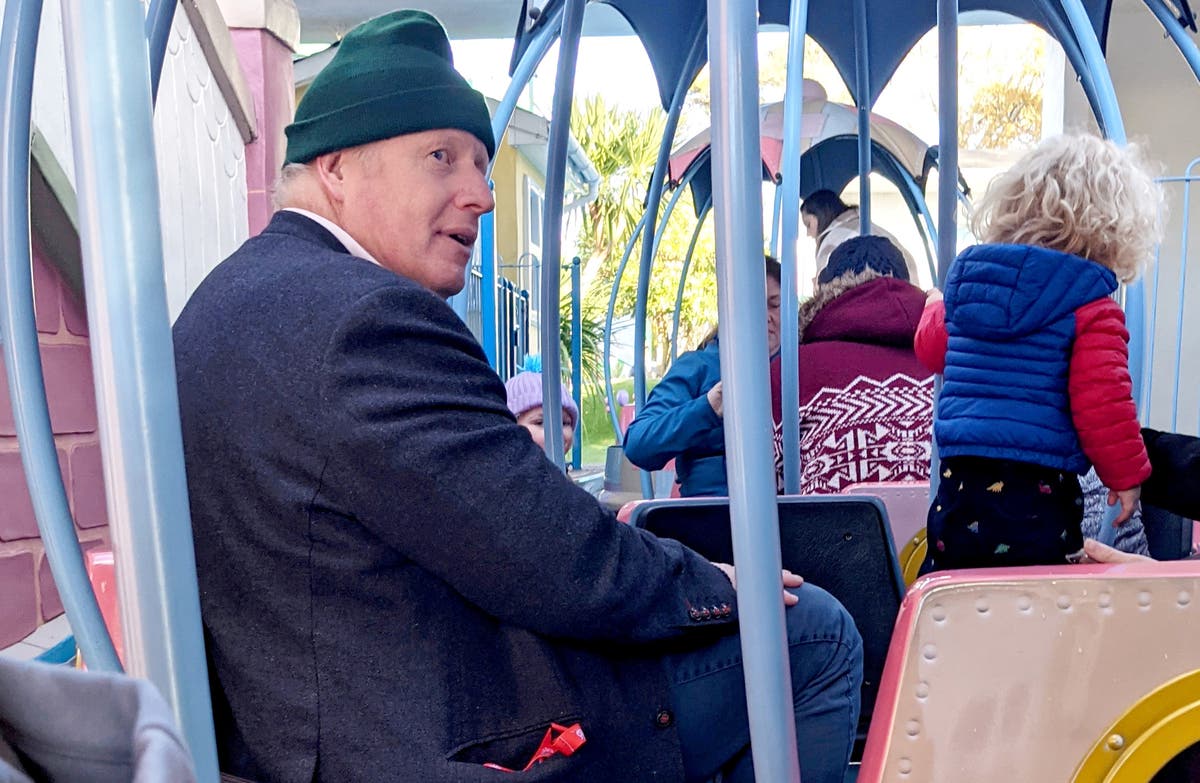 Boris Johnson talked about his family’s visit to Paultons Park in Hampshire during a speech to the Confederation of Business Industry on Monday, which was notable for a number of surreal moments.

When few hands were raised, he continued: “Not enough. It’s fantastic. I loved it. Peppa Pig World is very much my kind of place.

“It has very safe streets, discipline in schools, heavy emphasis on mass transit systems, I notice, even if they are a bit stereotypical about Daddy Pig.”

One reviewer wrote: “It was a lovely day out at Peppa Pig World. Our children were enjoying seeing Peppa. This changed when a large blond haired gentleman with security guards barged them out of the way.

“He claimed he needed to see the infrastructure because he had an important speech to write for the CBI.

“Having heard his speech I was reassured that his time was well spent, although he missed a chance by not mentioning the sheep and the rabbits.

“I hope he uses his experience to frame agricultural policy.”

Another gave the attraction one star, writing: “I had high hopes of Peppa Pig World. I’ve always liked pigs, and last year reared six Tamworths for the table, with a few friends. But this place is weird, with strange visitors.

“One fat, scruffy man really put me off. He had a silly woollen hat, and a braying voice, and kept trying to crack jokes. Though nobody laughed. He had much younger blond girl, perhaps his daughter, and his grandson with him, though she hardly spoke to him. It looked strained, as if he’d upset her recently, though he blundered on as if nothing had happened.”

James Mancey, operations director at Paultons Park, said of Mr Johnson’s visit: “We are delighted that the Prime Minister of the UK, Boris Johnson, chose to visit Paultons Park to enjoy valuable family time with his wife and son at Peppa Pig World, one of the five themed lands at Paultons Park.

“As the nature of Mr Johnson’s visit was a personal one, we are unable to provide any specific details of the family’s visit.

“However, we did have an opportunity to speak to the family before they left, when Mr Johnson and his wife were highly complimentary about their experience.

“The fact that Mr Johnson has chosen to speak at length about his visit during today’s CBI conference, positively endorsing the creativity and innovation showcased by Peppa Pig World and encouraging others to visit, is testament to the hard work of everyone at Paultons Park who create the wonderful experience our millions of guests enjoy each year.”

British steam train journeys and preserved lines: Full steam ahead for a vintage day on the tracks

Pictured: The McDonald’s that’s housed inside a stately 19th-century MANSION in Maine

British Airways short-haul flights from Gatwick could be back on

Europe city breaks: Tirana revealed as the cheapest city… while Oslo is the priciest destination

How many British Airways UK-US flights will return?

Mahalaya 2021: From History to Celebrations, All You Need to Know

Everything you ever wanted to know Air Passenger Duty, the UK’s flight tax