When car manufacturers agree to collaborate with eccentric A-listers to create one-off cars, the results are usually a bit bonkers.

And that’s definitely the case with the new Mercedes-AMG unveiled at the inaugural Formula One Grand Prix in Miami this weekend.

It has been designed for Black Eyed Peas rapper, will.i.am, and is called ‘The Flip’.

While it’s based on the German marque’s AMG GT 4-Door, it has just two massive rear-hinged doors and the grille from the brand’s enormous G-Wagon. It certainly looks… different.

The will.i.AMG: This is the one-off Mercedes co-created by the German brand and rapper will.i.am. Underneath is a £170k AMG GT 4-Door while the rest of the design is divisive

The unique motor started life as the £173,705 four-door coupe but has received a host of modifications, with the help of West Coast Customers – the company made famous by noughties MTV hit show Pimp My Ride.

The music artist, who Britons most recently know best for being a judge on The Voice TV show, is a self-professed car nut and even has his very own motor company called IAMAUTO.

He and Mercedes said this latest creation is a ‘visible symbol of the goals’ to ‘boldly drive forward new ideas, push boundaries and dare to do the impossible’.

Under the bonnet is said to be one of the AMG powerplant you would find in the standard car sold in Mercedes showrooms – though there isn’t confirmation of which powerplant it uses.

We expect it likely to be either the twin-turbo 4.0-litre V8 from the GT 63 S variant, which produces 630bhp, or the setup from the 63 S E-Performance with hybrid assistance, which boasts 831bhp. 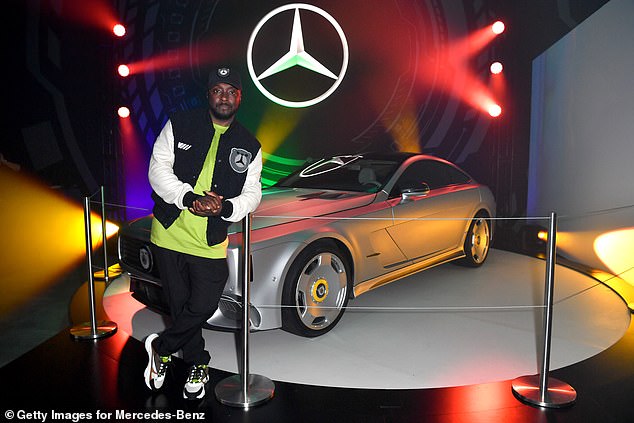 Called ‘The Flip’, it has been unveiled at the inaugural Formula One Grand Prix in Miami this weekend 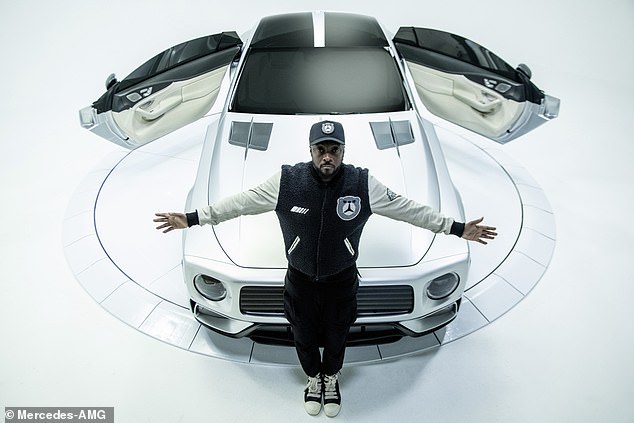 The vehicle’s big party piece is its doors. It has just two instead of four and they are rear-hinged, meaning they open similar to a Rolls-Royce Wraith

Speaking about unique motor at the US unveiling, will.i.am said: ‘For a lot of inner-city kids, owning a Mercedes is a symbol of progress and advancing out of struggle.

‘Now I’ve reached my goal and pushed even higher by re-imagining and creating my own vision of an AMG model.

‘But I didn’t touch the engine, because AMG really does make the best engines.’

On hand to help the singer takes the covers off the bespoke vehicle were a host of celebrity guests, including Mercedes-AMG Petronas F1 driver and eight-time World Champion, Lewis Hamilton, alongside big name A-listers including Ludacris and Jamie Foxx. 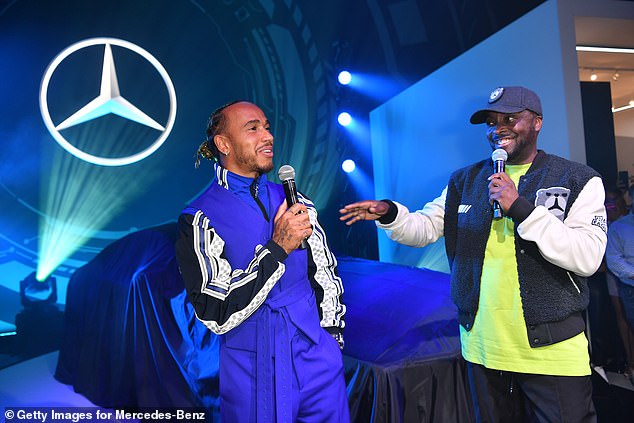 Lewis Hamilton and will.i.am onstage before the car’s unveiling at the pre-Miami GP event hosted by the Mercedes-AMG Experience Centre on Thursday 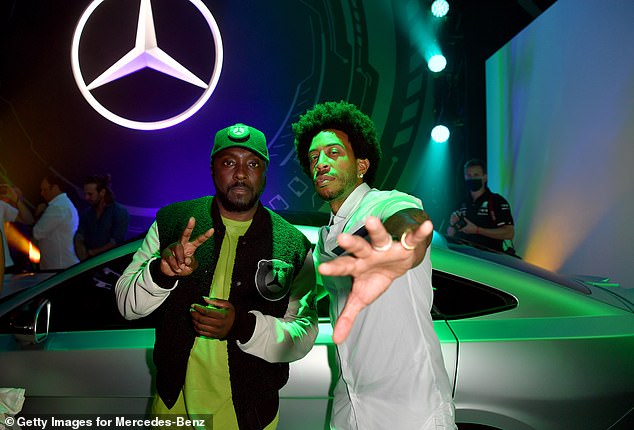 The event had a number of star-studded guests, including rapper and Fast and Furious star, Ludacris 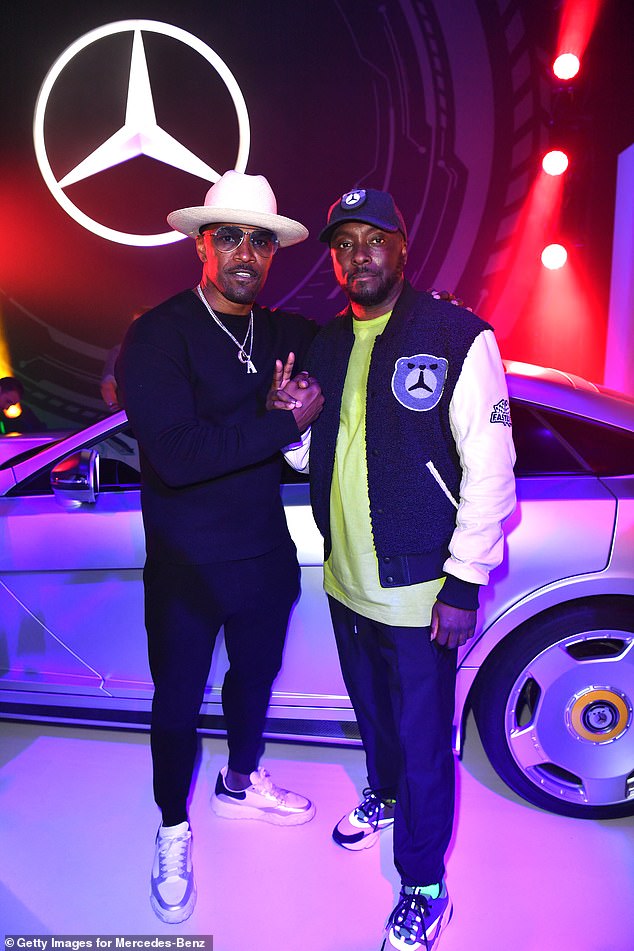 Actor and Grammy-award-winning artist Jamie Foxx also made an appearance at the event where ‘The Flip’ was unveiled to the world. It is a one-off creation… fortunately

While proportionally The Flip is in-keeping with the large – and potent – coupes Mercedes currently sells, such as having a low roofline and long bonnet, some of the details are very much left field.

What you will likely notice first is the car’s particularly odd-looking front end, which looks like it has been transferred from the G-Class SUV with the singer’s ‘Bear Witness’ logo emblazoned in the middle of the closed-off grille.

There’s also a clamshell bonnet with a narrow central crease that expands over the roofline to create a split glass roof design.

But the vehicle’s biggest party piece is its doors.

Out go the four from the standard car and, making the most of the resulting massive aperture, in its place is just one door on each side.

These are rear-hinged, meaning they open towards those of a Rolls-Royce Wraith. 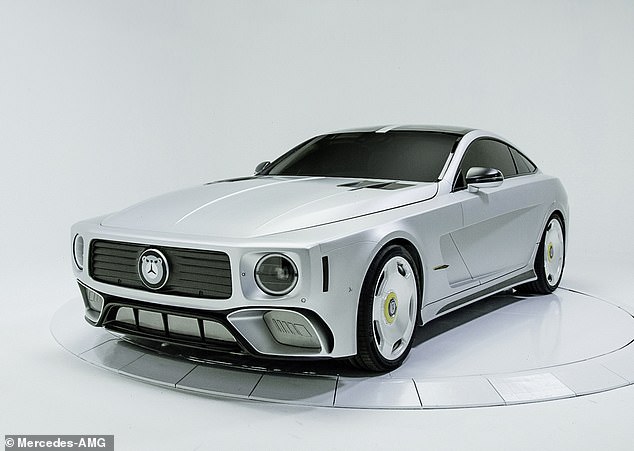 What you will likely notice first is the car’s particularly odd-looking front end, which looks like it has been transferred from the G-Class SUV 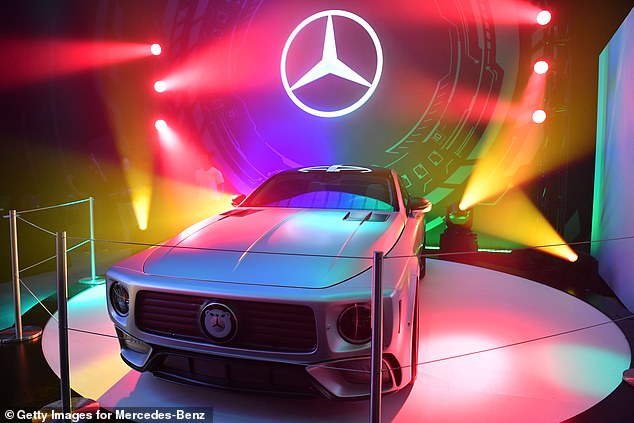 The rest of the car’s silhouette features very squared-off edges, especially around the front wings, while the wheels are based heavily on AMG’s famous ‘monoblock’ rims that were all the rave decades ago.

There are no images of the back end of the car, but a teaser video shared by the motor brand shows a pair of sleek LED tail lights similar to those of the standard AMG GT 4-Door.

SAVE MONEY ON YOUR MOTORING

The cabin also hasn’t been shown yet, but we do know it mixes cream and black upholstery which is complimented by diamond-stitching.

This isn’t the first time Mercedes has worked with artists outside the automotive sector.

In December, it released images of its final collaboration with the late fashion visionary, Virgil Abloh, called the Project Maybach.

The fully-electric vehicle was the second creation Abloh penned with Mercedes-Benz, with the German maker given permission by the designer’s family to release details of the car following the Louis Vuitton Artistic Creator’s death late last year following a private battle with cancer.

The striking motor took a luxury-soaked Maybach – the limousine arm of the Mercedes business – and made it capable of taking on all forms of terrain, with a raised ride-height, off-road wheels, safari lights and desert-raid livery like nothing else we’ve seen before. 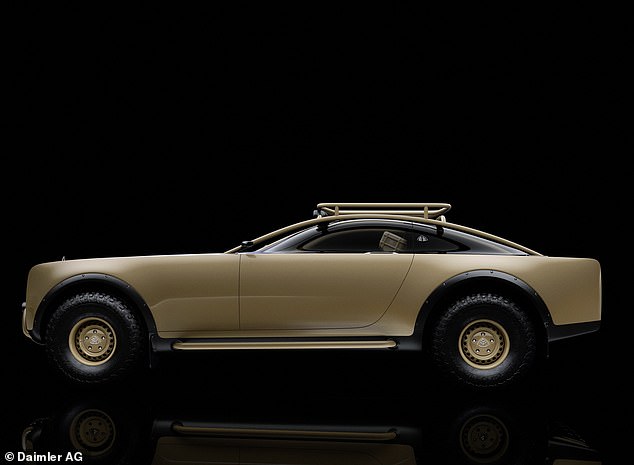 Virgil Abloh’s vision for a luxury off-road coupe: Project Maybach is a two-seat premium limo designed in collaboration by Mercedes-Benz and the late fashion designer 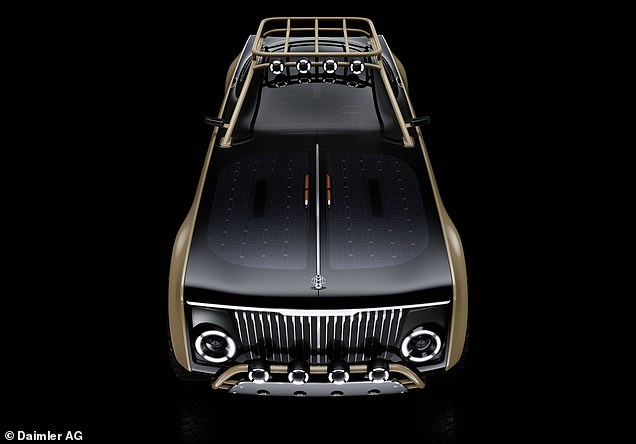 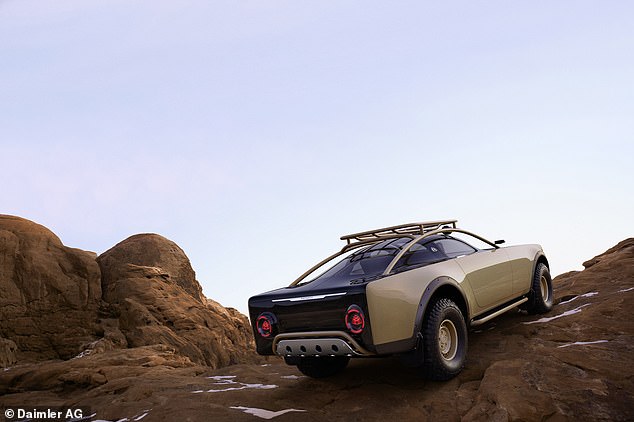 Project Maybach is purely a concept model and unlikely to go into production. It will remain a tribute to Abloh’s automotive vision

The English landmarks that shaped Lord of the Rings

United Airlines ramps up domestic schedule to the most flights since the pandemic began, expecting a surge in holiday travel

From Waitrose to Aldi: What kind of supermarket is your airport?

When can I travel to New Zealand again?

New travel rules in UK from October 11. What changes for Indians?

UK hotel stays: Is it chain or chic boutique? Can YOU tell a one-off hotel from a global giant?

UK hotel review: The Pig In The Wall hotel in the heart of medieval Southampton is big on charm

Stocks making the biggest moves in the premarket: GlaxoSmithKline, CureVac, Airbnb and more