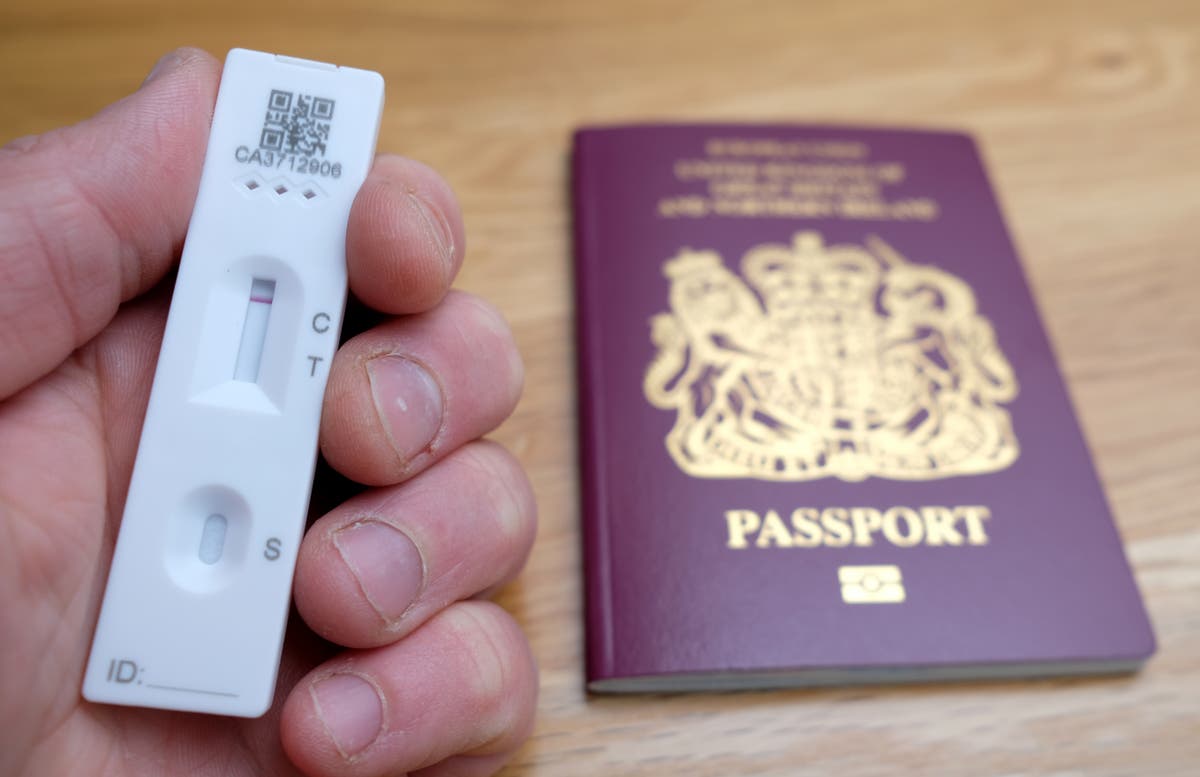 Fully-vaccinated travellers arriving in England will be able to take cheaper and quicker lateral flow tests from 24 October instead of the PCR tests previously required.

The rule change will apply to all international arrivals except those from Britain’s red list, which currently includes just seven countries: Colombia, Ecuador, Dominican Republic, Haiti, Panama, Peru and Venezuela.

It means families returning from their half-term breaks will not have to shell out as much on the required post-arrival day two test.

The government was under intense pressure to confirm if the change would go ahead in time for the popular holiday slot after health secretary Sajid Javid said last week the government was “making it easier and cheaper for people to travel by allowing fully vaccinated travellers … to use lateral flow tests on day two of arrival …” – but only gave “late October” as the target.

Passengers must upload a photo of their test and booking reference supplied by the private provider to verify results as soon as possible, the Department of Health and Social Care (DHSC) said.

They will also be able to order lateral flow tests from private testing providers – of which an approved list will go live on the gov.uk website on 22 October.

Half-term in most schools in England and Wales ends over the weekend of 30 and 31 October, but some will be returning a week earlier.

Eligible travellers will be able to book to have a lateral flow test upon arrival into the UK, which can be done at testing centres located in some airports, DHSC added.

Anyone who gets a positive lateral flow result will still be required to self-isolate and take a confirmatory PCR test.

“We want to make going abroad easier and cheaper, whether you’re travelling for work or visiting friends and family,” Mr Javid said in his latest statement.

“Lateral flow tests will be available later this month for those returning from half-term holidays.”

He added the change to testing was “only possible” because of the “incredible progress of our vaccination programme, which means we can safely open up travel as we learn to live with the virus”.

Grant Shapps, the transport secretary, described the move as a “major step forward in normalising international travel” and said families would now be able to book trips “with confidence”.

He said: “Today’s rule changes will make testing on arrival simpler and cheaper for people across the country who are looking forward to well-earned breaks for this October half-term.”

In an emoji-filled tweet, Mr Shapps added the move would “make travelling easier and simpler for everyone”.

But Paul Charles, the chief executive of travel consultancy The PC Agency, condemned the change as not going far enough – saying those who are “fully jabbed you shouldn’t need to take a test at all”.

Using the transport secretary’s words against him, Mr Charles told the PA news agency: “Testing measures are not only a faff for many but also amount to a tax on travel and put off people from booking with confidence, due to the higher costs.

“These barriers certainly won’t help the travel sector to recover as quickly as it should be by now.”

He added: “In addition, I don’t have to be tested if I return from a packed football stadium so why should I have to take a test returning from a business meeting or villa holiday?”

A flurry of holidaymakers took to social media after the news was announced, with some praising it as “good” and “long overdue” while others labelled it “irresponsible”.

“So this is fairly good news if you travel in and out of the UK a lot,” Nik Goodman tweeted.

One woman, who calls herself only Charlotte on Twitter, responded to Mr Shapps’ post directly to ask if he thought the change was sensible in light of “today’s Covid case numbers”.

“Lateral flow tests are not reliable either,” she wrote, adding: “If we get new variants in this country that the vaccine doesn’t work against, then it’s on your watch!”

The latest government figures on Thursday showed that in the last 24 hours there had been a further 45,066 lab-confirmed Covid cases in the UK.

RT-PCR mandatory for passengers from 9 countries landing in Kolkata

British Airways short-haul flights from Gatwick could be back on

Qantas says all staff must be vaccinated

The Asian Art Museum in San Francisco reassesses its past

Fury at ‘overpaid’ GPs for moaning about Sajid Javid’s plans