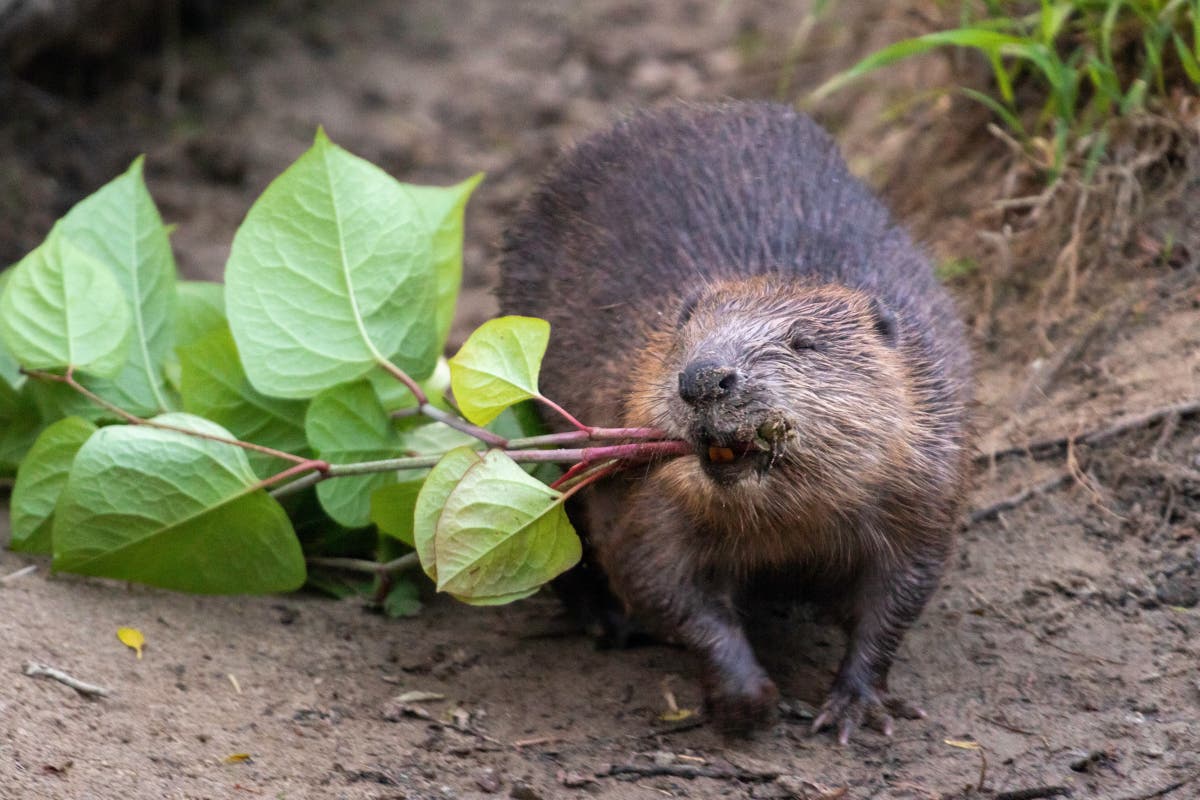 Chris Jones stands on a beaver dam, and plunges a stick deep into the pool that has formed behind it.  He pulls out the stick, which is now caked in over a metre of silt. “All this would otherwise flow into the oyster beds in Falmouth” he says. “The beavers are doing the work of the South West Water authorities for them.”

Beavers, I learn over the course of a highly enjoyable and instructive weekend in Cornwall, are more than just cheap labour: given a chance, they could play a major role in saving our environment. And Jones is a rare bird– a pioneering farmer and a director of the Beaver Trust, who advocates for the reintroduction of these buck-toothed rodents (castor fiber, to give their latin name) into our rivers. Technically, they’ve been extinct from this habitat for 400 years.

At Jones’s Woodland Valley Farm, in a barn heady with the fragrance of mildly fermenting hay, our beaver-themed weekend begins with a presentation of some alarming ecological statistics: the 2015 floods cost Britain £5bn; over 1 million hectares of wetlands were drained in the 1970s; only 14 per cent of our rivers are in good ecological condition. On top of this, we have lost 50 per cent of our wildlife, including keystone species and crucial pollinators, and Defra warns there are only 30-40 years of soil fertility left. The list goes on.

It was in response to these threats, that Chris Jones turned his 170-acre farm organic in 2003 – and, in 2014, conceived the Cornwall Beaver Project. Three years later he released two adult beavers into a five-acre enclosure on his land.  “By building dams, beavers regulate water flow, thereby reducing risk of flood and drought,” explains Chris. “They slow the flow of water and improve water quality as harmful nitrates and phosphates settle into the sediment. The wetlands they create also capture three times more carbon than drier meadows – and can create natural fire-breaks.”

The wetlands, moreover, support ecosystems where other species can flourish.

Chris now has five of the creatures beavering away on his land. We walk through the woods to see the effect of their work over the last four years, seeing huge piles of sticks, branches and stones piled higgledy-piggledy into porous dams that allow both water and fish to pass through. Now solid as bridges, the dams support vegetation on their surface. Pools have also formed above them, while the streams have expanded their course to create wetlands. The area – with dappled sunlight falling through the tangle of wild vegetation – is alive with birdsong and fresh plant growth.

All around, we see evidence of the beavers’ industrious carpentry: trees teeter precariously, their trunks chopped into X-shapes with axe-like precision by the beavers’ bright orange, iron-clad teeth. Willows – the beavers’ favourite food – are stripped of their bark. Gnaw-marks, like chiselled notches, abound.

The reintroduction of beavers is not without controversy. “People complain that beavers destroy trees, but this is natural coppicing – a traditional method of woodland management,” says Chris in defence of the project. “Beavers need trees and would not destroy their own habitat – they are excellent at environmental management.”

Some anglers complain that beavers eat the fish they’d otherwise catch. “A common misconception, thanks to C.S. Lewis’ Chronicles of Narnia,” laughs James Wallace, chief executive of the Beaver Trust, who accompanies us. They are in fact entirely vegetarian. Which is not to say there are not real concerns here, too.

“Farmers fear for their crops and their livelihoods,” explains James. He sees it as part of the Trust’s role to support landowners and mitigate the more troublesome impact of beavers. “We consult with local parties – farmers, fisheries, foresters – listen to their concerns, and encourage a balanced dynamic between humans and nature.”

Merlin Hanbury-Tenison, the owner of Cabilla – an estate on Bodmin Moor which hosts regular retreats – takes things even further. “We aim to restore our 200 acres of farmland to its natural state of equilibrium, as it was before human intervention,” he tells me, adding: “Beavers are the first step in our strategy”. That’s why, a year ago, he welcomed Sigourney Beaver and Jean-Claude van Dam onto his land.

Our group spends a night glamping in chic tents on his estate before Hanbury-Tenison leads us on a dawn walk through woodlands to Cabilla’s own beaver enclosure. They have already created dams on its streams, and my hope was to meet these crepuscular creatures at work – hauling logs with their front teeth and staggering under the weight of rocks in their paws. But their night’s work is done – Sigourney, when we find her, is happily playing with her kits in the pool she has created, surrounded by an idyllic forest of willow, rowan and oak.

At present, beavers are protected in Scotland but not in England, where there could be up to 500 living in five river catchments. It is not currently permitted to release them into the wild. But their future is looking rosy. “It is hoped beavers will be protected and welcomed back into the wilds of England, under licence, next year.” says James Wallace. On 25 September the government announced a programme to incentivise farmers to create nature corridors along rivers, which will give space for beavers to continue their ecological engineering. For Wallace, the move can’t come quickly enough: “We are in a climate and extinction emergency, and it is time for us to work with each other, alongside nature.”

Visitors who want to experience the Cornwall Beaver Project can take a two-hour tour of Woodland Valley Farm, near Truro, for £20pp, then stay overnight at Cabilla.

The tents are now closed at Cabilla but guests can book into the new cabins (ready for April) from £165 per night. There is also a two-bed cottage available between now and then from £160 per night (from September to March). Cottage prices increase to £190 per night from April to August. There is a two-night minimum stay.

The English landmarks that shaped Lord of the Rings

Skye by SUP: The ultimate sustainable way to see this Scottish island

New York – then and now: Vintage pictures of Manhattan matched with images of the modern-day scenes

You can’t keep a good airline down. Or Alitalia

Startups: 7 Tips for Hiring a Content Writer for Your Digital Marketing

Superstar QB Lamar Jackson Can Almost Guarantee You That He’ll Win the Super Bowl. Just Not That He’s Been Vaccinated