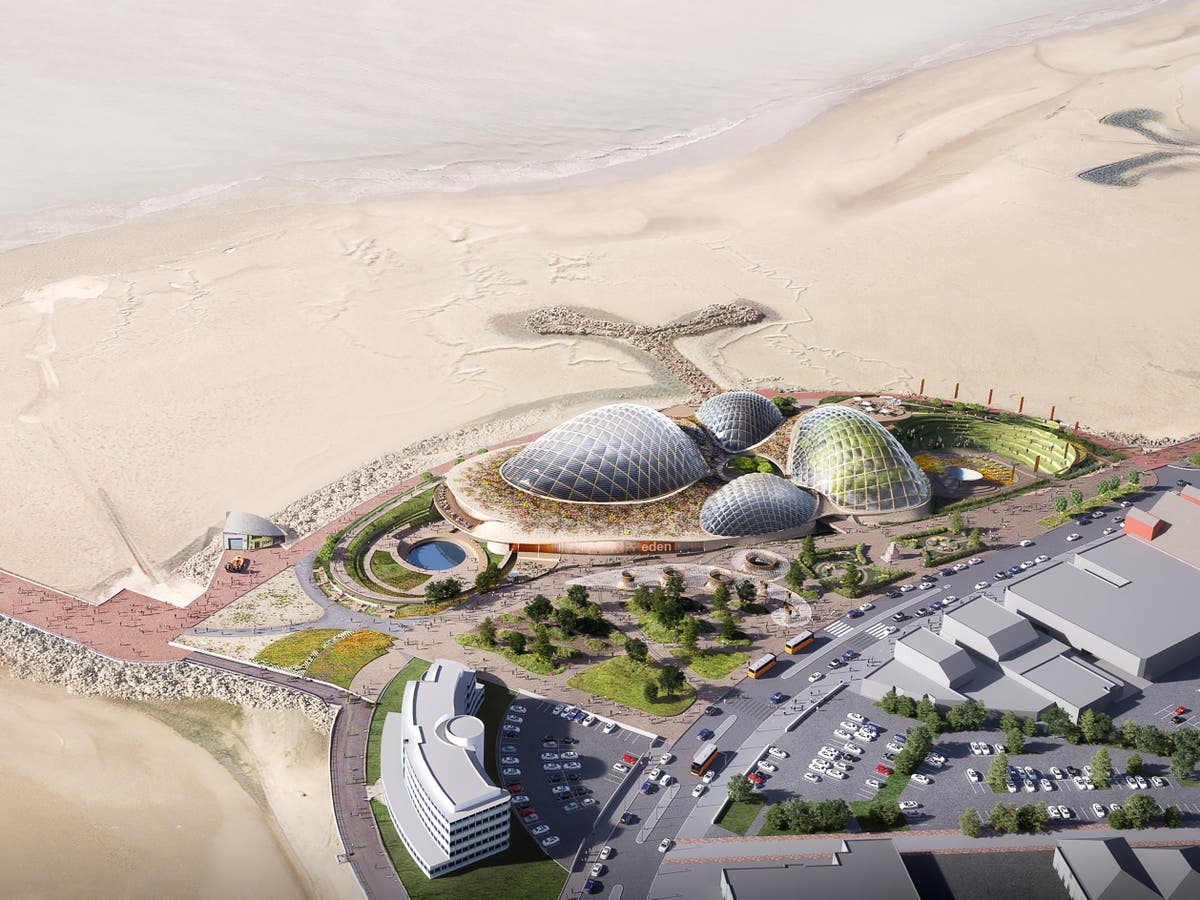 Lancashire is on track to get its own Eden Project-style botanical gardens, created by the team behind the Cornwall original.

Plans for the site on the Morecambe seafront include outdoor gardens, indoor and outdoor restaurants, a tidal pool and the distinctive domes associated with the Cornwall site.

The team behind the southwest’s award-winning Eden Project has achieved a major milestone with the submission of a planning application to Lancaster City Council for the £125m project.

The project, which aims to “reimagine the British seaside resort for the 21st century”, will include four “shell-like” domes – known as the Rhythm Machine, the Bay Glade, the Bay Hall and the Natural Observatory – constructed in timber and covered in a flexible transparent membrane with integrated solar cells.

The domes will surround a central Four Seasons Garden packed with coastal vegetation, while the outdoor gardens – the Rhythm Garden and the Tide Garden – surrounding the “dunescape” are designed to reflect the flora and geology of its coastal environment.

Eden has committed to providing discounted entry for local people, with school visits, educational programmes and youth schemes forming part of the package.

Developers hope that Eden Project North will attract around one million visitors per year and directly employ more than 400 people.

David Harland, chief executive of Eden Project International, said: “This is a huge moment for Eden Project North but we are not resting on our laurels.

“The hard work continues and we hope to have positive news about funding for the project before the end of this year.”

The original Eden Project opened in Cornwall in 2000.

Since then, the world’s largest greenhouse has won a clutch of awards, including Best Visitor Attraction for Inclusivity at the VisitEngland Awards for Excellence in 2017.

In 2011, it was named the best British building of the past 20 years at the British Construction Industry (BCI) 20th anniversary awards.

8 fascinating facts you never knew about flight and flying

The incredible winning images of the Siena International Photo Awards 2021

Australia prepares to open its border on Monday after 19 months, advises caution

US pilot hijacks PA system for bizarre rant on homosexuality

Guernsey makes for a wonderfully carefree, who-needs-to-quarantine holiday for all the family