Barking mad! Dog house hit by meteorite in Costa Rica could fetch up to $300,000 at auction

A dog house from Costa Rica that was hit by a meteorite is to be sold at auction by Christie’s – with the ramshackle kennel expected to fetch $300,000.

The meteorite hit the four-foot-high kennel in April 2019 – while the startled inhabitant, a German Shepherd named Roky, was inside.

He was unharmed when the space debris smashed through his tin roof.

The family, who live in the rain forest of North Central Costa Rica, in the city of Aguas Zarcas, preserved the wood and tin structure and are now selling it.

‘A seven-inch hole marks where the meteorite punctured the roof,’ Christie’s say in its listing.

‘A badly weathered pressed-wood floor was demolished by the meteorite impact and the rotted wood support columns have been replaced.’

The online-only auction, Deep Impact: Martian, Lunar and Other Rare Meteorites, is running until February 23.

The three-inch-by-three-inch meteorite that struck the house is also for sale, valued at $60,000.

A Costa Rican family is pictured with their German Shepherd Roky, and the dog house which was damaged by the meteorite 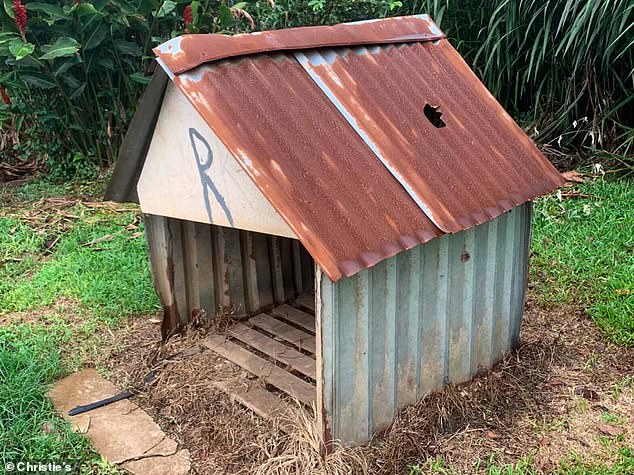 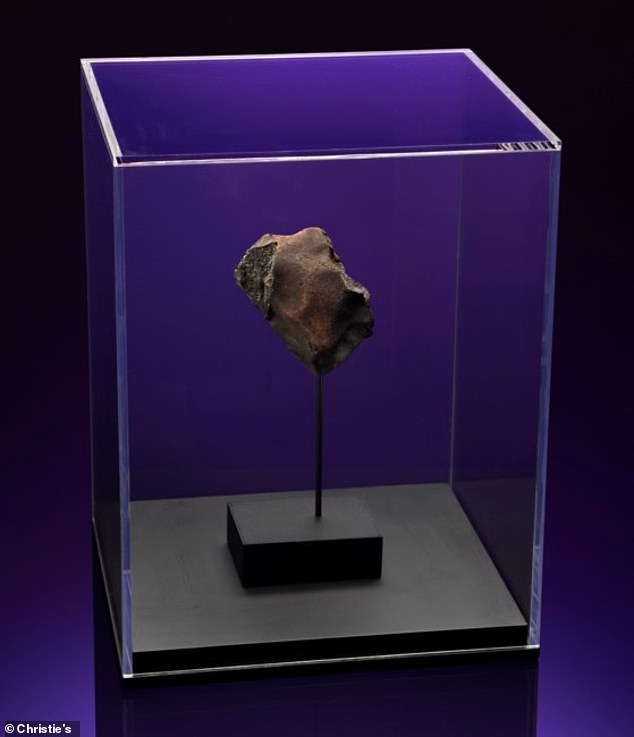 The meteorite that smashed through the roof, made of carbonaceous chondrite, is also up for auction, valued at $60,000

The meteorite is made of carbonaceous chondrite, Christie’s said.

‘This meteorite is 70 percent covered with fusion crust, the result of its fiery plunge through Earth’s atmosphere,’ according to the auction house.

‘Regmaglypts (thumbprint-shaped indentations, another aerodynamic artifact) are also in evidence.

‘There are fractures on the upper right, upper left and reverse. The fractures reveal CAIs (calcium aluminum inclusions) — the oldest matter humankind can touch.’

The rock also shows signs of its smashing finale, as it shocked Roky by landing in his house. 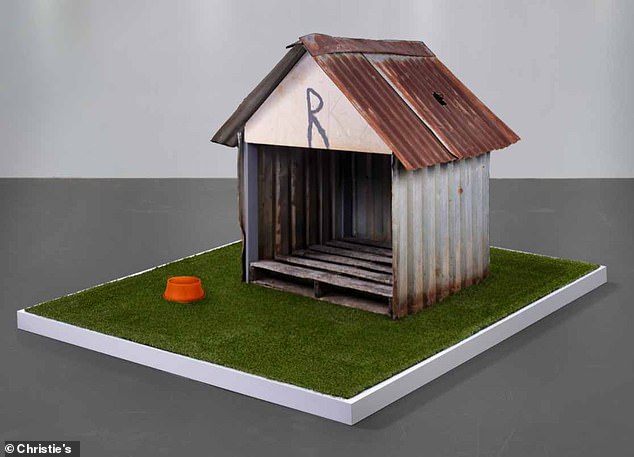 The dog house is presented in a custom made stand

‘Accompanied by a custom armature, the front face of the meteorite is accented with a sienna-hued streak caused by the meteorite’s passage through the oxidized tin roof of Roky’s Doghouse.’

James Hyslop, head of Science and Natural History for Christie’s, said, ‘This is a really exciting auction and opportunity for collectors.

‘Meteorites are incredibly rare objects; the combined weight of all the known meteorites is less than the annual output of gold.

‘Ever since an exhibition in Paris featured a car famously struck by a meteorite, I’ve wanted to bring an object hit by an extraterrestrial object to auction.’

The auction also features a beautiful ‘rare lunar sphere,’ which was found in the Sahara and is valued at $25,000, and a striking ‘extraterrestrial peridot,’ worth $15,000. 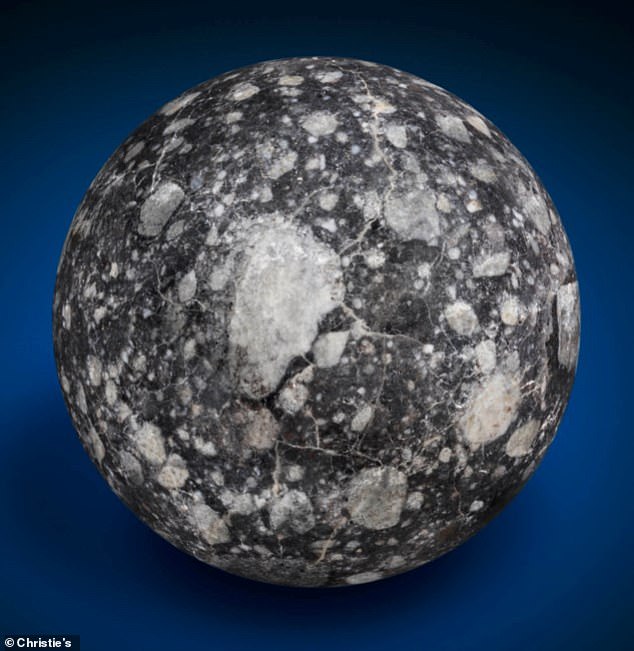 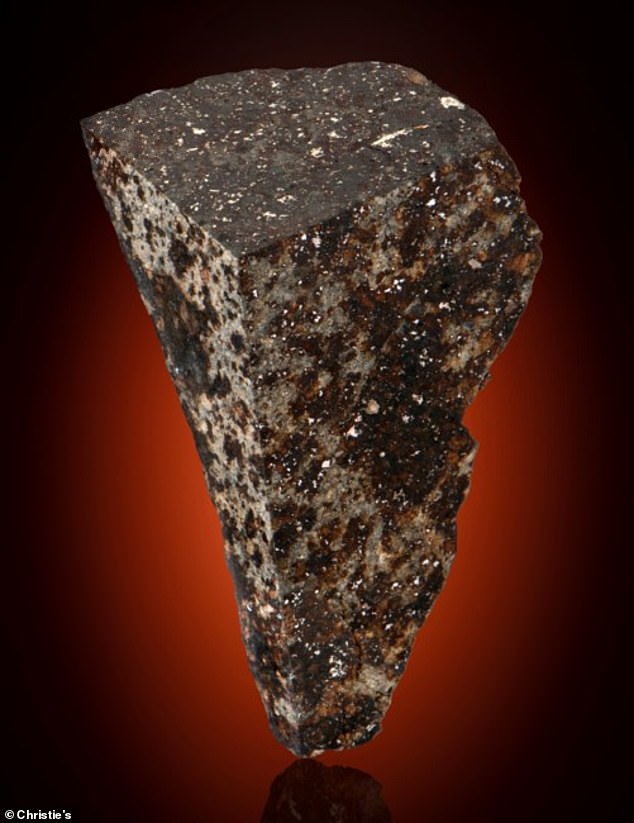 The Valera Meteorite crashed to Earth in Venezuela in 1972, killing a cow – the only known fatality from a meteorite

Most macabre is the Valera Meteorite – described as causing ‘the only documented death by meteorite’.

The rock crash to Earth in Venezuela in 1972 and killed a cow.

‘An unplanned steak dinner was enjoyed that night and the celestial boulder was used as a doorstop,’ Christie’s said.

Hyslop said that the meteorites were rare, and he was delighted the dog house was among the offerings.

‘There are not many, and I’m thrilled to be able to now offer Roky’s celebrated meteorite-impacted doghouse and its accompanying impactor,’ he said.

The world’s best cities ranked by Time Out and it’s San Francisco that’s No1, with MANCHESTER third

Italy: The amazing Santuario Madonna della Corona church is built into the side of a cliff

Frequent flyers: 90% of domestic flights taken by 2% of people

Do these 3 workouts to avoid gaining weight while traveling

Veteran actor Ramesh Deo passes away at 93 – Times of India