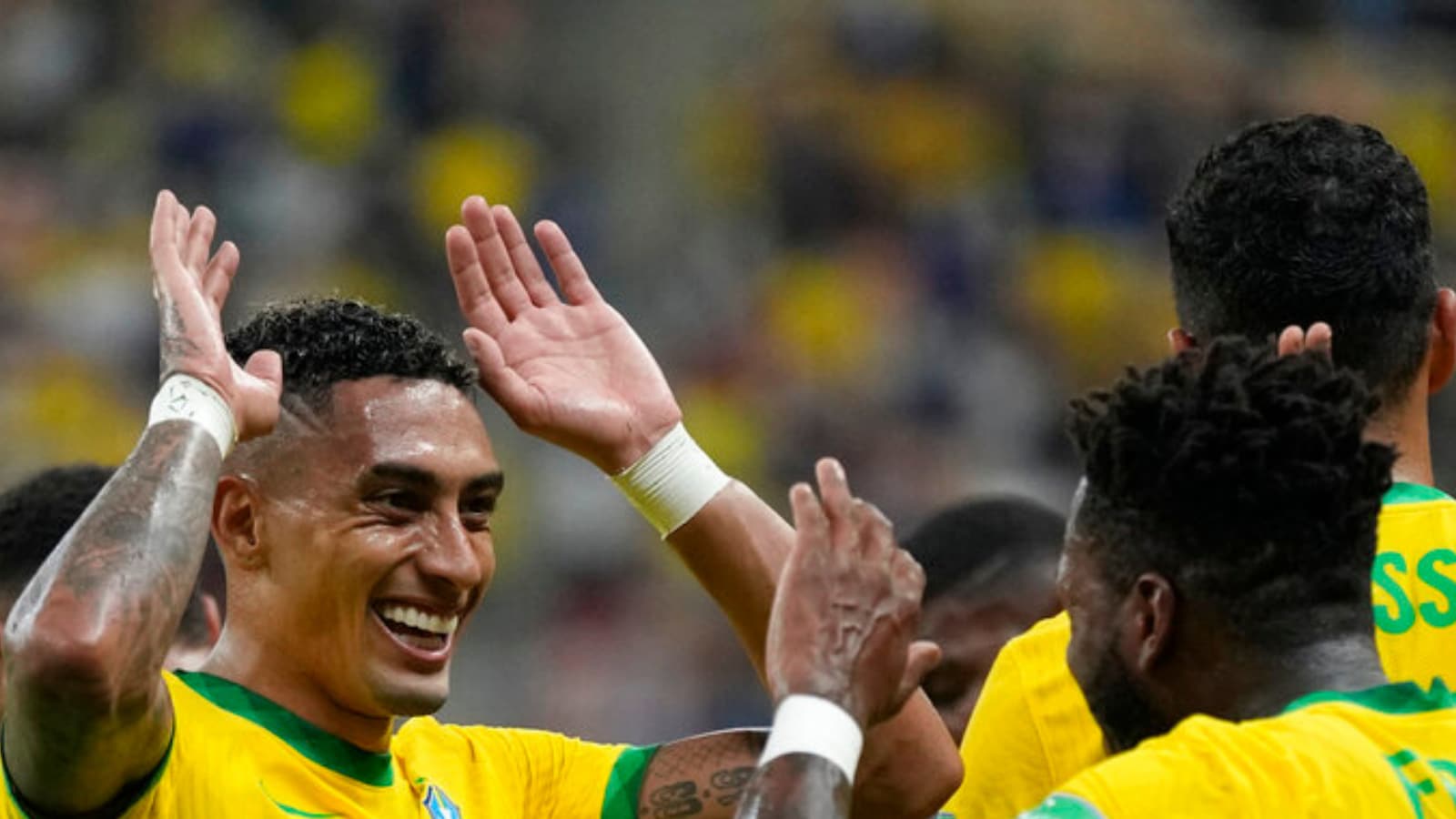 Raphinha turned in another eye-catching performance for Brazil on Thursday by scoring twice in the home side’s 4-1 victory over Uruguay in a World Cup qualifier.

Brazil took the lead after 10 minutes when Neymar chested down a pass from Fred and rounded the keeper before firing low between two defenders on the goal-line.

Raphinha made it 2-0 after 18 minutes when he bundled home a parried shot from close range and then made it 3-0 after 58 minutes, completing a superb counterattack with an angled shot.

“This couldn’t be more memorable for me,” Raphinha said. “This is me fulfilling my childhood dream. It’s so gratifying to score.

“It’s going to be very difficult to forget this night.”

Both Neymar and Raphinha could have scored more, with Uruguayan keeper Fernando Muslera thwarting both in quick succession early in the second half.

It was a measure of Brazil’s superiority that Muslera was Uruguay’s best player on a poor night for the visitors, who have now won only two of their last nine qualifiers.

Brazil are now six points clear in the South American qualifying group, ahead of second-placed Argentina who beat Peru 1-0 on Thursday.

The top four qualify automatically for Qatar 2022 and the fifth-placed side goes into an inter-regional playoff.

Also on Thursday, Chile beat Venezuela 3-0 to record their second successive win. Erick Pulgar scored twice in the first half, both off Alexis Sanchez assists, and Ben Brereton made it 3-0 17 minutes from time to lift Chile onto 13 points in sixth place.

Venezuela, who have lost nine of 12 qualifiers, are bottom of the group on seven points, four adrift of Peru.

Kimi Raikkonen Set to Retire: Interesting Facts About ‘The Iceman’

Patrick Vieira reveals he had talks about signing for Tottenham

US Open: Auger-Aliassime breaks down Tiafoe’s defences to reach quarters

Why Bank Of America Is A Top 25 Dividend Giant

The vanishing allure of doing business in China