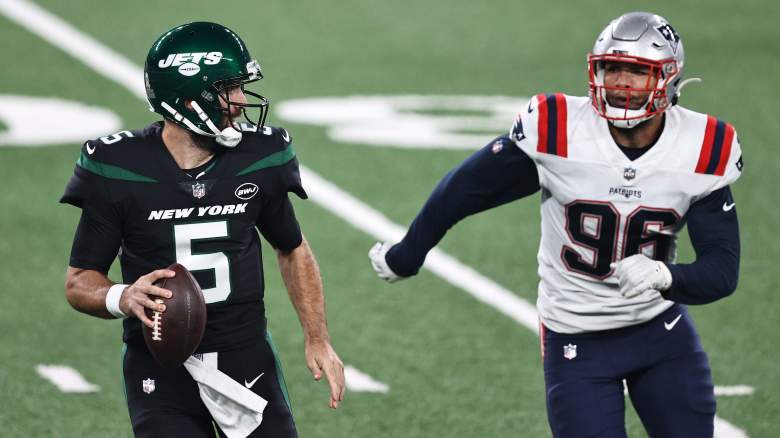 Tashawn Bower is taking his talents to the Vikings.

The Minnesota Vikings have plucked a player off of the New England Patriots‘ practice squad.

According to NFL Network’s Tom Pelissero, the Vikings picked up outside linebacker/defensive end Tashawn Bower off of New England’s practice squad on Wednesday, November 24.

Bower actually played for the Vikings from 2017 until 2019 after signing with Minnesota as an undrafted free agent. He appeared in seven games with the team during the 2017 and 2018 seasons before tearing his Achilles prior to the start of the 2019 season.

The LSU product was initially signed to the Patriots’ practice squad midway through the 2019 season. Since 2020, Bower has appeared in nine games for New England, including three starts. The 6-foot-5 hybrid linebacker/defensive end played 32 snaps this season while bouncing back and forth from the practice squad and active roster.

Bower recorded the second sack of his career — and first as a member of the Patriots — versus the Cleveland Browns in Week 10.

As the Patriots prepare to play the Tennessee Titans in a battle of two of the top teams in the AFC, Titans head coach and former Patriots linebacker Mike Vrabel wants to make one thing very clear — tradition and history is not going to win the game.

For reference, Vrabel is 2-0 against his former head coach Bill Belichick — including a postseason win over him in Tom Brady’s final game as a member of the Patriots.

“The tradition and history is not going to win or lose the game for anybody,” Vrabel said. “I think we all know where the banners are and the success that organization has had over the last 20 years. What will win or lose the game is playing sound, fundamental football, taking care of the football, penalties, playing with great technique. That is really what they have done, and it has been impressive the last five weeks.”

Vrabel makes a good point considering the 2021 Patriots are vastly different than the one that the Titans defeated in the 2019 playoffs. Secondly, Tennessee will be without their top offensive weapon, running back Derrick Henry, due to injury. Henry ran for 182 yards and a touchdown in the Titans’ victory in that postseason clash.

Considering the Titans are 8-3 and the Patriots are 7-4, this game could very well dictate which teams ends up with the top seed in the AFC.

Tight end Jonnu Smith is one of the few players who can say they’ve played both Belichick and Vrabel.

Smith spent the first four years of his career with the Titans before signing a deal with the Patriots during the 2021 offseason. The 26-year-old explained the similarities in coaching styles between the two head coaches.

Via Andrew Callahan of The Boston Herald:

“He’s (Vrabel) a great guy, a great energy, a lot like this guy (Belichick),” Smith said. “Not as far as personality-wise, but just coaching styles. They demand a lot of their players. Any great coach should, just wanting them to be the best and demand their best every snap. You can’t ask for a better coach than that. He knows his stuff, and he’s a great guy off the field as well. It was a great opportunity and a great experience playing for him.”

Vrabel spent eight years of his career playing for Belichick and won three Super Bowl titles during his tenure in New England. So it’s no surprise that Belichick’s former starting linebacker picked up a thing or two from his coaching style.

We’ll see if that’s enough to move Vrabel to a 3-0 record over Belichick.

Why Barca could get worse before getting better