Vikings’ Kris Boyd Claps Back at Ja’Marr Chase: ‘Cocaine’s a Hell of a Drug’ 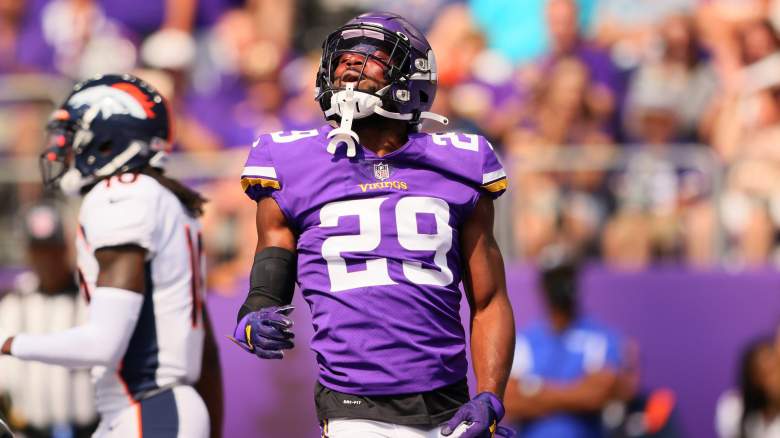 Cincinnati Bengals rookie wide receiver Ja’Marr Chase has been anything but shy approaching his NFL debut.

The fifth overall pick in this year’s draft called out Minnesota Vikings cornerback Patrick Peterson earlier this week and added fuel to the fire with just three characters on Twitter.

A subliminal, yet blatant, message that his Bengals will come away with a win in Sunday’s season opener.

Boyd, a reserve corner, is fourth on the depth chart and could see Chase in Sunday’s matchup.

Chase has undoubtedly become the talk of the Vikings cornerbacks room. A teammate of Justin Jefferson at LSU, Chase won the 2019 Fred Biletnikoff trophy, awarded to college football’s best wide receiver, and is the highest-drafted wide receiver since 2015.

Despite struggling with drops in the preseason, Chase has projected confidence and is unabashed by his struggles of returning to the game after opting out of the 2020 college season.

He described his excitement to face Peterson, also a former Tiger, and hopes to put the eight-time Pro Bowler on his highlight tape.

“I could put Patrick Peterson on my highlight tape,” Chase said with a smile in a press conference on Monday. “He might be mad I’m saying it, but hey, you know what I’m saying, it’s part of the game. I’d love to make a play on him.”

One of the league’s best corners at shadowing receivers in his younger years, Peterson is past his prime and likely won’t be strictly assigned to covering Chase.

Regardless, Peterson has welcomed the challenge.

“I respect everything Ja’Marr Chase has done on the college level. I’m looking forward to lining up against him as well. I think it should be a fun matchup,” Peterson said on the All Things Covered podcast. “The guy has a lot of physical attributes that a lot of greats have in this league. Sunday will be here before you know it.

“I’m just lining up playing ball. It’s hard to prepare for Week 1. (In the) preseason, teams aren’t really showing much — not really playing their guys. Only thing you can do is try to go back to last year’s tape and figure out where they’re going to plug guys in… We’re just going to line up, play ball, be where we need to be, make plays and hopefully, we come out of Cincinnati with a dub.”

The biggest storyline surrounding Sunday’s season opener is how the Vikings defense will respond after an abysmal 2020 season.

An entirely new defensive line will be on display. Defensive tackles Michael Pierce and Dalvin Tomlinson will make their debut in purple and gold — an anticipated arrival after last year’s defensive interior struggled as the primary culprit of allowing the sixth-most rushing yards per game (134.4) in the league last year.

Danielle Hunter will return to the starting lineup after missing the 2020 season with a neck injury. He’ll lineup on the right side against former Vikings tackle Riley Reiff, who was released this past offseason.

On offense, Dalvin Cook should have a heyday against the Bengals defense that allowed the fourth-most rushing yards per game (148.0) a year ago. Former Vikings cornerback Trae Waynes is out with a hamstring injury, spoiling a reunion for the former 2017 first-round pick.

Without their top corner in Waynes, the Bengals will have to rely on Eli Apple and Chidobe Awuzie to cover Adam Thielen and Jefferson.

The Vikings are 3-point favorites entering the season-opening tilt.

The timeline of events which led to Lionel Messi departing Barcelona

Have to Work a Lot in Terms of Our Bowling, Says Mithali Raj

Doorstep criminals ‘looking to return to their aggressive ways’

The first Strictly 2021 contestant has been ‘revealed’