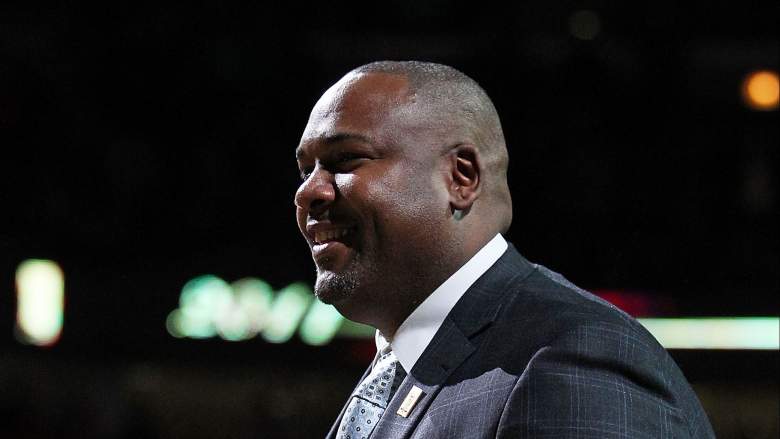 Stacey King first made a name for himself in Chicago as a member of the Bulls from 1989 to 1994. But nowadays, Chicago knows him for the high-energy, enthusiastic commentary and analysis he provides for the Chicago Bulls as its television color commentator.

He recently appeared on NBC Sports Chicago’s White Sox Talk podcast along with Adam Amin, the Bulls’ television play-by-play announcer, ahead of the White Sox game they will be calling.

During the episode, the Bulls still managed to be a topic of discussion. King, in particular, expressed his enthusiasm for the Bulls this upcoming season — the level of which he hasn’t experienced in a decade.

“I haven’t been this excited since we drafted Derrick Rose and during his tenure here (in Chicago) before the injury,” King said. “I think this team has a chance to do very well this season.”

In 2008, the Bulls drafted Derrick Rose with the No. 1 overall pick. They made the postseason each year of Rose’s tenure with the Bulls sans the 2015-16 season — his last one in Chicago. Rose, however, didn’t play during the 2012-13 season, as he recovered from his ACL injury. But it was during Rose’s tenure that Chicago had its greatest success and best chances at a championship since the Michael Jordan era.

The Bulls haven’t made the playoffs since 2017, and that drought continued last season despite hope it would end. But King cited COVID and the first year with new management and a new coaching staff among the factors that affected the Bulls’ outcome last year. Zach LaVine’s bout with COVID-19, for example, came as Chicago was making its push to the playoffs.

King acknowledged that the turnaround will take time, and he is a fan of the progress Chicago has been making.

“I thought they did a great job of getting out of the hole, getting their feet on solid ground,” King said. “The acquisition of Vucevic coming from Orlando showed Bulls fans that AK (Artūras Karnišovas) and Marc (Eversley) are serious about rebuilding this team from within. And you’re starting off with bringing in an All-Star center to pair up with an All-Star guard in Zach LaVine.”

From there King noted the “great young talent” of third-year guard Coby White and second-year forward Patrick Williams. He also said the Bulls’ free agency activity moves improved the starting lineup and created a “top-level bench.” King even went on to call Chicago’s free agency moves the best compared to the other 29 teams in the NBA.

In free agency, the Bulls have added Lonzo Ball, Tony Bradley, Alex Caruso and DeMar DeRozan. They also acquired Derrick Jones Jr. as part of the three-team sign-and-trade that sent Lauri Markkanen to the Cleveland Cavaliers. Javonte Green and Devon Dotson re-signed with Chicago, the latter on a two-way deal.

The latest Bulls news straight to your inbox! Join the Heavy on Bulls newsletter here!

Bulls Are the Talk of the Town

With a sports-loving city like Chicago, the Bulls aren’t often a topic of discussion during the summertime, as King acknowledged during the podcast. He brought up the Chicago Bears having Justin Fields and the White Sox’s success. There’s also another MLB team in the Windy City with the Cubs.

But the excitement for the Bulls is high enough that, according to King, the Bulls are relevant enough to be discussed during their offseason.

“You never hear Bulls talk over the last five years during the summertime,” King said. “And then, all of a sudden, these acquisitions and free agency, and the Bulls now are one of the main sports they’re (Chicago fans) are talking about. So there’s an excitement, a buzz. I think people can’t wait till we get started.”

Another Quick Turnaround for the NBA

During the podcast, King lightheartedly mentioned that, despite his excitement for the Bulls this upcoming season, he did wish the NBA would start back up in December instead of October.

Because of the COVID-19 pandemic, the past two NBA seasons have followed a schedule that is abnormal compared to the norm. In 2020, following a break, the Finals didn’t conclude till October. This past season started up on Christmas Day with the Finals finishing up in July — just before the Tokyo Olympics kicked off.

This upcoming season, the NBA will seek to return to a sense of normalcy by starting the season in the latter half of October. While the turnaround will not be as quick as it was heading into the 2020-21 season, the offseason remains shorter than is typical.

For the players on last year’s Bulls roster, a team that missed the playoffs, they will have had about five months off. For those who played in the Finals, however, such players get around three months off.

Osaka reaches 3rd round of US Open after opponent withdraws

Roger Federer out for ‘several months’ after confirming knee surgery

Daniel Farke: I would not accept 17th in Premier League if offered it now

‘I just missed my work lunch’: The woman who quit her job to cook pho for a living