Who was the last British woman to reach a Grand Slam final? 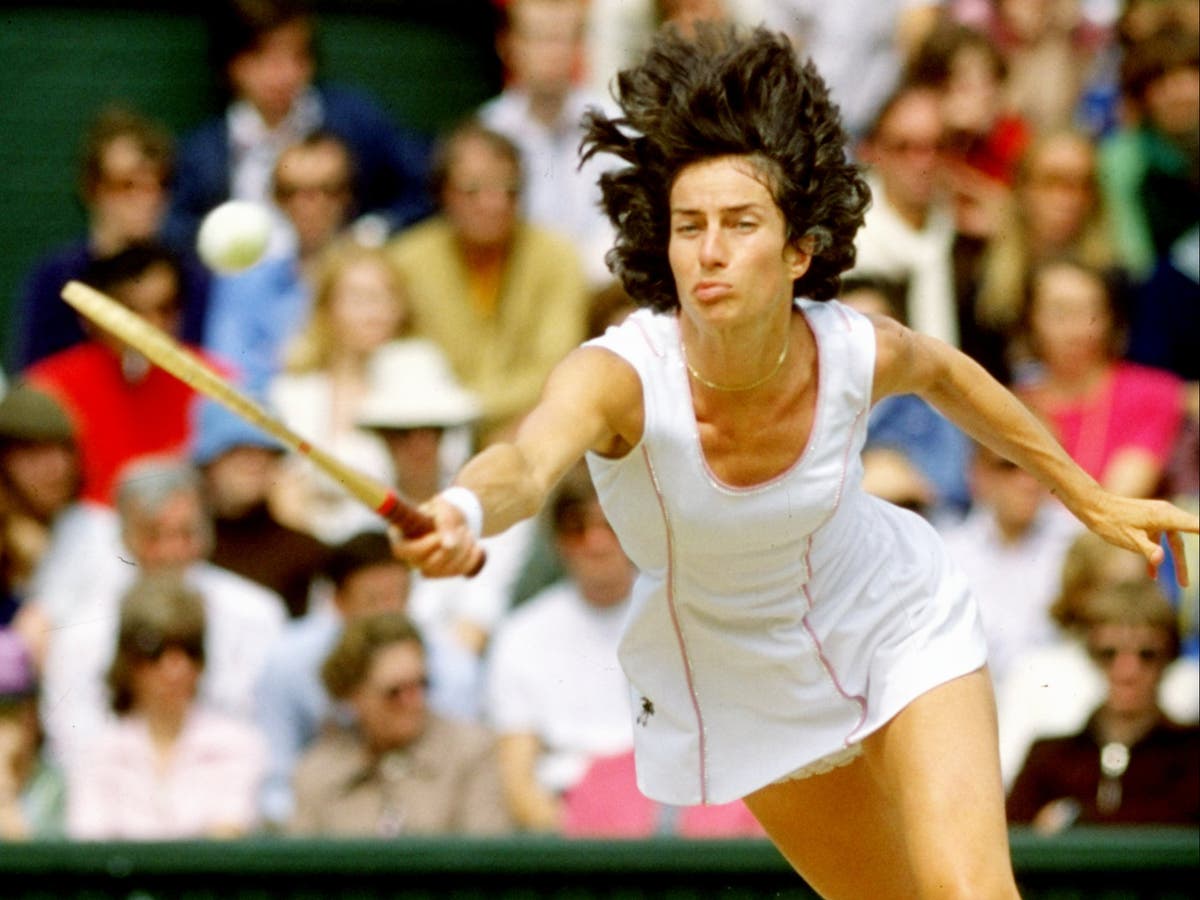 Britain’s brightest new tennis hope, Emma Raducanu, 18, is through to the final of the US Open after beating 17th seed Maria Sakkari of Greece 6-1, 6-4 in the semi-finals.

Following on from her extraordinary debut at Wimbledon in July when she reached the fourth round despite being ranked just 338th in the world at the time, Raducanu will now face Canadian Leylah Fernandez, who herself only turned 19 on Monday, at the Arthur Ashe Stadium in Flushing Meadows, New York, on Saturday.

Extraordinarily, this means the final will be contested between two unseeded players ranked 150th and 73rd in the world and by two teenagers for the first time since Serena Williams beat Martina Hingis in 1999.

Raducanu is also the youngest Grand Slam finalist since Maria Sharapova won Wimbledon in 2004 and the first British woman to reach that height since Virginia Wade won that same tournament in 1977.

Wade, now 76, was reportedly in attendance for Thursday’s matches, looking down with approval from the President’s Box.

No doubt the spectacle of Raducanu’s triumph stirred memories.

Wade, who was born in Bournemouth in 1945 but raised in South Africa after her father was appointed Archdeacon of Durban, had been steadily building up to her victory in SW19, having won the US Open in 1968, the year she turned professional, and the Australian Open in 1972 and been ranked world number two in November 1975.

She had also won four Grand Slam doubles championships alongside Australia’s Margaret Smith Court: the Australian, French and US Opens in 1973 and the latter again in 1975.

Wimbledon 1977 was Wade’s 16th appearance at the tournament and followed on from semi-final appearances in 1974 and 1976 that ended in defeat to Russia’s Olga Morozova and Billie Jean King respectively.

This time, seeded third, she did reach the final by beating defending champion Chris Evert 6-2, 4-6, 6-1 in the semi, Evert having already dispatched fellow American King in the quarters.

In the other semi-final, another Brit, Sue Barker, lost to Betty Stove of the Netherlands, who had already seen off Martina Navratilova in the quarters, setting up a tense finale with Wade that could so easily have been an all-English affair.

Wade would later tell tennis journalist Steve Flink that she actually preferred not to play Barker.

“I knew if I was playing Betty, I would have the support of the crowd,” she remembered. “If I had played Sue, it would have been agonising for the crowd watching two British players. I had fought through to win so many close matches with Betty, so I knew I had earned the right to beat her in a big one.”

This was the year of both the tournament’s centenary and the Queen’s Silver Jubilee – and the release of The Sex Pistols’ Never Mind the Bollocks, for that matter, which hit record store shelves in October – so Her Majesty attended the final in person for the first time since 1962.

“You can think that if the Queen is going to be there, that is the way the stars are aligned. I do believe that to an extent. I certainly know that as a tennis player you keep trying to make the stars align. You keep trying to do things that are going to make you think it is the right time and place. So it is a little bit of fictitious fate, I would say.”

Wade was also encouraged by a note she received before the match from Arthur Ashe, who won the 1968 men’s US Open when she won the women’s championship and with whom she shared a birthday, which read simply: “Camp out at the net and you will be all right.”

So, on a warm 1 July afternoon on Centre Court, Wade went out, held her nerve and saw off Stove 4-6, 6-3, 6-1, overcoming the loss of the first set and problems coping with the towering Dutchwoman’s powerful serve to win the day.

“Everybody was getting really nervous,” she said of the moment the second set was locked at 3-3. “In this particular case, I had to believe in myself and feel in the end I was going to beat her. I just played out of my mind in the third set. I was oblivious to everything and on such a high.

“I remember chasing a ball I had no right to get on my forehand. I slipped on the grass and was flat on my backside, but it was sort of funny. I thought I could do anything in that third set. It is certainly nice to hit your stride at the right time.”

Reporting on the crowd’s jubilant reaction to her victory, The Guardian’s David Irvine wrote that the moment was like the Last Night of the Proms, with spectators bursting out into “Land of Hope and Glory”.

She later credited her American coaches Jerry Teeguarden and Ham Richardson for instilling her with the self-belief she needed to finally clinch a tournament she believed at the time she was the best player in the world never to have won.

Wade’s triumph was only marred slightly in hindsight when it proved to be the last appearance by British star in a Grand Slam final for 35 years, a jinx only ended when Andy Murray won the US Open in 2012, setting him on the path to two Wimbledon wins of his own.

Both Wade and Murray will no doubt be cheering on Raducanu on Saturday.

“I have also felt that you are either a champion when you are very young or when you have matured through all the intellectual stages of the game. I believe I have done that now,” Wade told Irvine in 1977, an observation that could prove a promising omen for Britain’s newest tennis heroine.

Elina Svitolina knocks Simona Halep out of US Open

Pressure Will Be on West Indies in T20 World Cup as Defending Champions: Evin Lewis