US Open: Ram and Salisbury pick up men’s doubles title 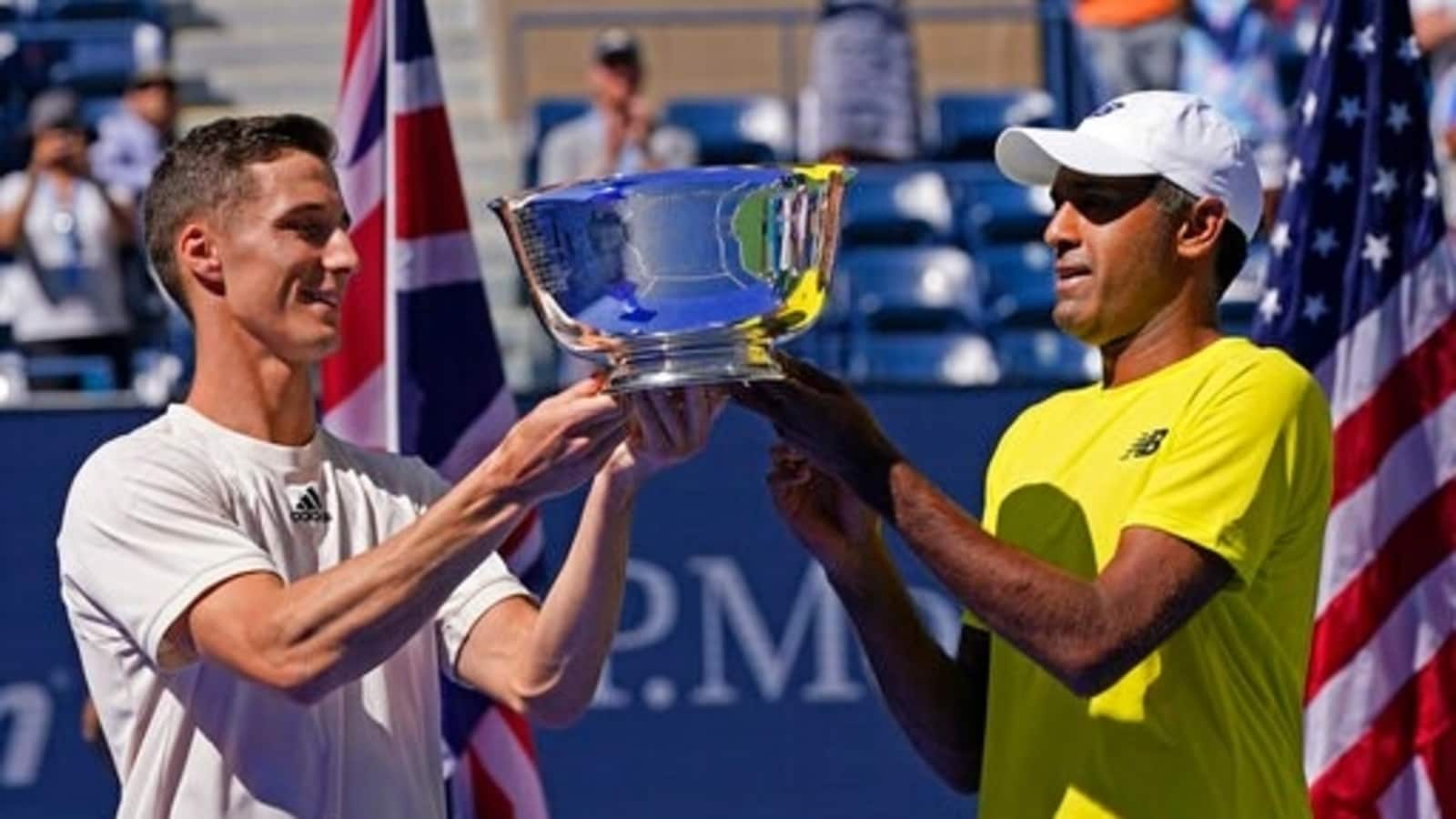 The 2020 Australian Open champions fired down five aces and 22 winners in the third set as they wrapped up the victory.

Ram and Salisbury struggled with their serve in the opening set, with a collective four double faults as they got in slightly more than half of their first serves, as Murray and Soares took advantage with only one unforced error.

However, the fourth seeds improved virtually every aspect of their game as the contest wore on, winning all but two first-serve points in the second set after immediately breaking Murray’s serve.

Murray and Soares, who triumphed at Flushing Meadows and the Australian Open in 2016, saved three break points in the opening game of the third set before Ram and Salisbury converted at the fourth attempt before breaking again in the seventh game.

The 2020 Australian Open champions fired down five aces and 22 winners in the third set as they wrapped up the victory.

“To have won this with Rajeev is amazing – it’s a dream come true,” said Salisbury, playing on Arthur Ashe Stadium for the first time in his career. “He’s been, the last three years, an incredible partner.”

It was the third time that the pair have reached the final of a Grand Slam together.

“I can’t ask for a better partner,” said Ram, who also has two Grand Slam mixed doubles titles to his name.

“It’s been just the most unbelievable ride… and we’re not going to stop now.”

The match wrapped up minutes before drama unfolded in the women’s competition, as Luisa Stefani and Gabriela Dabrowski were forced to retire from their semi-final against Americans Coco Gauff and Caty McNally after Stefani left the court with an apparent knee injury.

Barcelona manager hits back at exiled midfielder; ‘There are other players who are better than him’

Tokyo Paralympics: Never Been So Happy and Disappointed at the Same Time in My Life, Says Suhas Yathiraj

How These Founders Made Great Escapes From the Brink