Leylah Fernandez: Who is Emma Raducanu’s US Open final opponent? 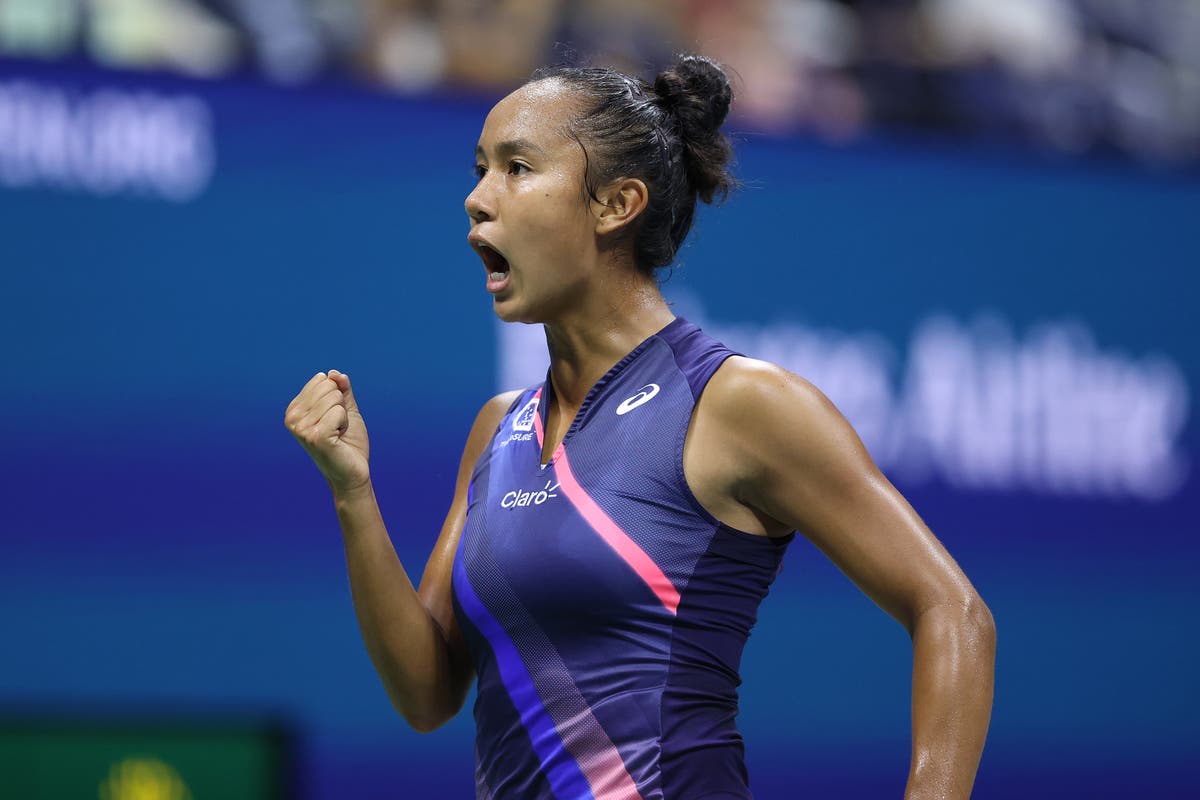 Britain’s brightest new tennis hope, Emma Raducanu, 18, is through to the final of the US Open after beating 17th seed Maria Sakkari of Greece 6-1, 6-4 in the semi-finals.

Following on from her extraordinary debut at Wimbledon in July when she reached the fourth round despite being ranked just 338th in the world at the time, Raducanu will now face Canadian Leylah Fernandez, who herself only turned 19 on Monday, at the Arthur Ashe Stadium in Flushing Meadows, New York, on Saturday.

Extraordinarily, this means the final will be contested between two unseeded players ranked 150th and 73rd in the world and by two teenagers for the first time since Serena Williams beat Martina Hingis in 1999.

Raducanu is also the youngest Grand Slam finalist since Maria Sharapova won Wimbledon in 2004 and the first British woman to reach that height since Virginia Wade won that same tournament in 1977.

But Fernandez will provide stiff competition for the trophy.

Speaking in a post-match press conference on Thursday after seeing off the Belarussian, Fernandez was asked to sum up her experiences.

“I’m just having fun, I’m trying to produce something for the crowd to enjoy,” she answered. “I’m glad that whatever I’m doing on court, the fans are loving it and I’m loving it, too. We’ll say it’s magical.”

Fernandez has an Ecuadorian father and a Canadian-Filipino mother and was also asked what it meant to her that her triumphs were winning her new fans on the other side of the Pacific, responding: “I’m so happy to hear that everyone in the Philippines is cheering for me and supporting me. So thank you.”

She was raised in Montreal but now lives and trains in Boynton Beach, Florida, with father Jorge – a former footballer and also her coach, alongside Romain Deridder – mother Irene and younger sister Bianca, herself a tennis player. Her older sister, Jodeci, is a dentist in Vermont.

Her WTA tour biography reveals that, away from the court, the left-hander enjoys taking salsa lessons, solving Rubik’s cubes during breaks in play and eating molten lava chocolate cake.

As a junior, Fernandez reached the Australian Open girls’ singles final and the French Open girl’s singles final in 2019, losing the former but winning the latter.

Since turning pro that same year, her best showing at a Grand Slam prior to September has been getting to the third round of the French Open last year, which underlines just how extraordinary her performances of late have been – although she did win the Monterrey Open in March, providing a foretaste of what was to come.

Incredibly, despite her obvious promise, Fernandez was dropped from Tennis Quebec’s development programme at the age of seven and told to focus on her schoolwork.

“A lot of people doubted me, my family and my dreams,” she recalled on Thursday. “I remember one teacher, which was actually very funny – at the time it wasn’t, but now I’m laughing. She told me to stop playing tennis, you will never make it, and just focus on school.”

Fernandez has played Raducanu once before, in the second round of the Wimbledon girls’ singles in 2018, but now the pair find themselves competing for one of the most prestigious titles in world tennis and the small matter of a $2.5m cheque.

“Obviously since then we’ve both come very far in our games and as people,” Raducanu said after her semi. “I’m sure it’s going to be extremely different to when we last encountered each other. But we’re both playing good tennis so it will be a good match.”