In men’s tennis, the change of guard is finally happening 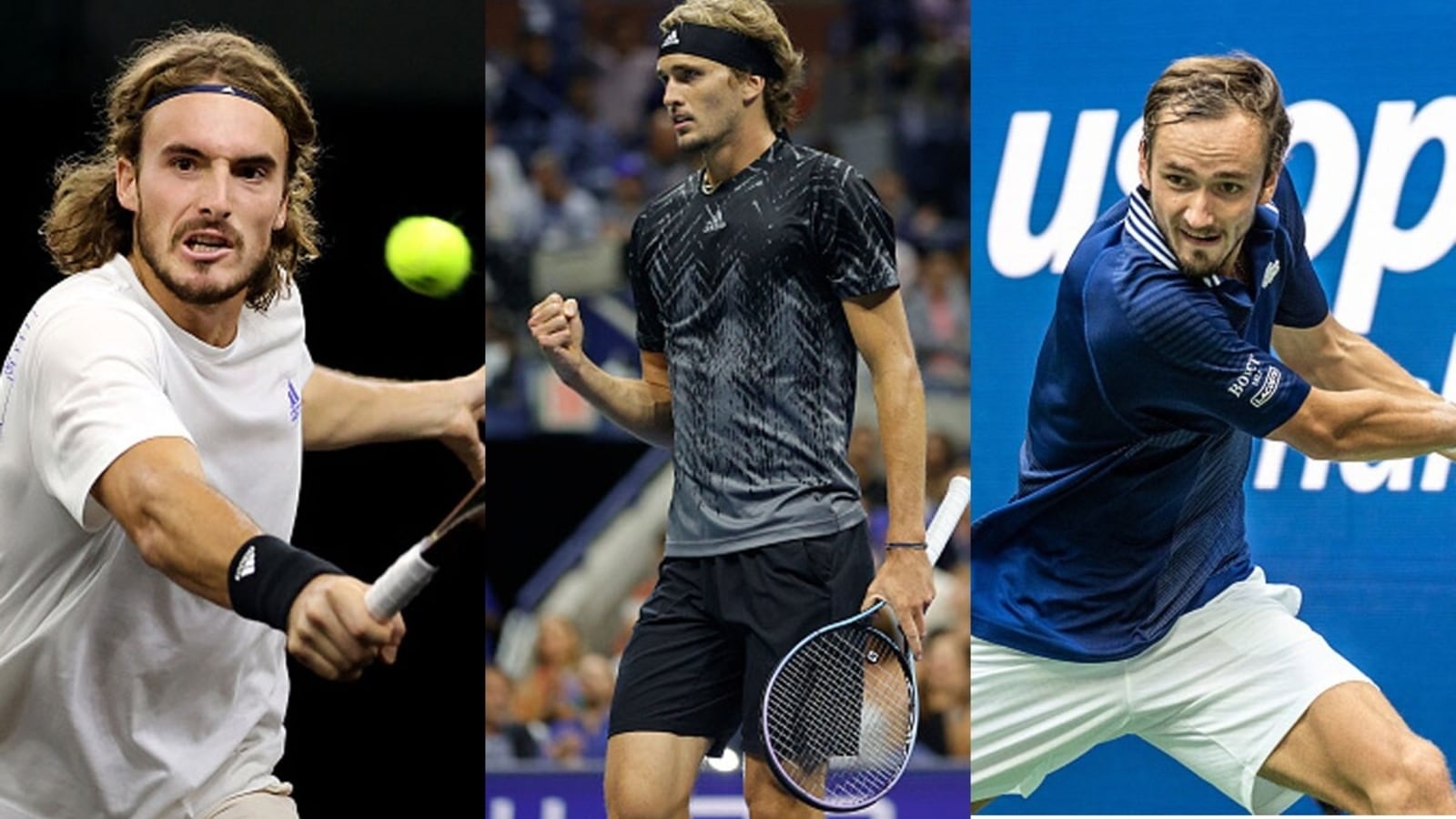 Big Three. GenNext. Changing of the guard: It’s been a recurring theme that has now played on an endless loop in men’s tennis. At the start of every new season over the last five years, the question pops up: will this be the year in which the young crop topples the old field? At the end of every year, the answer is an emphatic NO.

Every year, except this one.

Even in a season headlined by Novak Djokovic’s Calendar Slam chase, a subplot quietly brewed. The guard was changing; the baton starting to move hands; the door finally opening, even if slightly.

None of the four Grand Slam finals this year was contested between the Big Three – Djokovic, Rafael Nadal and Roger Federer – who have a staggering 60 Slams split neatly between them. It’s the first time this has happened since 2018, a season in which Marin Cilic, Dominic Thiem, Kevin Anderson and Juan Martin del Potro challenged each of them in Major finals without success. In contrast to three of the four who haven’t been able to replicate their form and fitness from that season – 2020 US Open winner Thiem being the exception – the current challengers appear hungry for more after having tasted different slices of the Grand Slam pie.

Daniil Medvedev, 25, Alexander Zverev (24) and Stefanos Tsitsipas (23) have, individually and collectively, taken the GOATs (greatest of all time; take your pick among the 20-20-20 trio) by the horns this season. They have looked them in the eye, fought them, beaten them. And, in a break from the past, they did it even when the big matches came calling.

The season began with that all too familiar feeling of these fine mid-20 talents flattering to deceive against the 30-somethings on the big stage despite the odd victory over them in ATP tournaments. Take Medvedev, for example. The 25-year-old had beaten Djokovic in the year-ending 2020 ATP Finals but playing against the same opponent three months later for the Australian Open title, he froze, losing 7-5, 6-2, 6-2.

However, signs that the young troop was marching closer to the three-king fortress came about in the French Open final, where Tsitsipas forced Djokovic to find his deepest mental and physical resolve to win the throne after losing the first two sets. Months earlier it was the Greek who was at the other end of the spectrum, defeating Nadal in the Australian Open quarter-finals from being two sets to love down.

These were the kind of victories that could potentially turn a chapter; break the shackles that tied these youngsters while battling those legends. It did, in the most unlikely stage from the most unlikely candidate. Zverev spectacularly turned around a 6-1 opening set setback to stun Djokovic 6-3, 6-1 in the next two at the Tokyo Olympics semi-finals.

A young gun denied the world No. 1 a shot at the Golden Slam. A young gun was to soon deny him the Calendar Slam. Medvedev did to Djokovic in the New York final what Djokovic did to him at the start of the year in Melbourne: drew the marker early on who was the boss of the day and never let it shift.

“I think there has definitely been a shifting of the guard,” Leander Paes, India’s 18-time Grand Slam champion, said in a recent chat. “One where Federer is not winning Grand Slams, Nadal has not played so much throughout the bubble. Djokovic has been a huge revelation and I feel barring injury, he is going to overtake everything in the next 2-3 years.”

That’s been the other crucial factor: Djokovic having to carry the bulk of the Big Three workload of late. Nadal, 35, and Federer, 40, have missed two Grand Slams each this year, their injured and ageing bodies needing further repair and rest.

That the collective authority and aura of the Big Three is on the wane also reflects in their head-to-head records against Medvedev, Tsitsipas, Zverev and Thiem. The numbers are still largely in the favour of Djokovic, Nadal and Federer but the balance has tilted in recent times.

Medvedev has a 4-5 win-loss record against Djokovic, which turns into a positive 3-2 from their last five meetings. The only time the Russian has beaten Nadal in their four meetings has been in their previous encounter last year at the last-four stage of the ATP Finals. Tsitsipas is 2-7 against the Spaniard but has split the two results in 2021 with the victory in Australia. Against Federer, the Greek is 2-2, having beaten him in straight sets at the 2019 ATP Finals, their most recent duel.

All of Zverev’s three wins from his nine clashes with Nadal have come in their last four meetings, while against Federer he has a healthy 4-3 record including winning the previous two matches. Against Djokovic the German might be 3-7 but he beat him in Tokyo and stretched him to five sets in the US Open semi-final, playing his part in snuffing the wind out of the Serbian’s sails heading into the final.

And then there’s Thiem, the first man not among the Big Three to win a Slam since 2016 in New York last year, who has gone through a confidence- and injury-hit 2021 season. The Austrian though has won more than he has lost in his last five matches with both Nadal and Djokovic (3-2), going one better against Federer (4-1).

Three of these four players are in the top-five of the world rankings (Medvedev is No. 2, Tsitsipas No. 3 and Zverev No. 4) while the fifth, Andrey Rublev, will turn 24 next month. The Russian pushed Nadal out of the top-five spot earlier this month for the first time since April 2017.

“I think it has already started in a way, with Dominic Thiem winning here last year,” Djokovic said when asked about the transition after his US Open final defeat. “Look, it is normal. The transition was inevitable. The older guys are still hanging on. We’re still trying to shine the light on the tennis world as much as we possibly can. But the new generation… Of course, they are going to take over.”

Barcelona set to lose sponsors, may dabble in cryptocurrency