Emma Raducanu says being top seed in Linz ‘means nothing’ 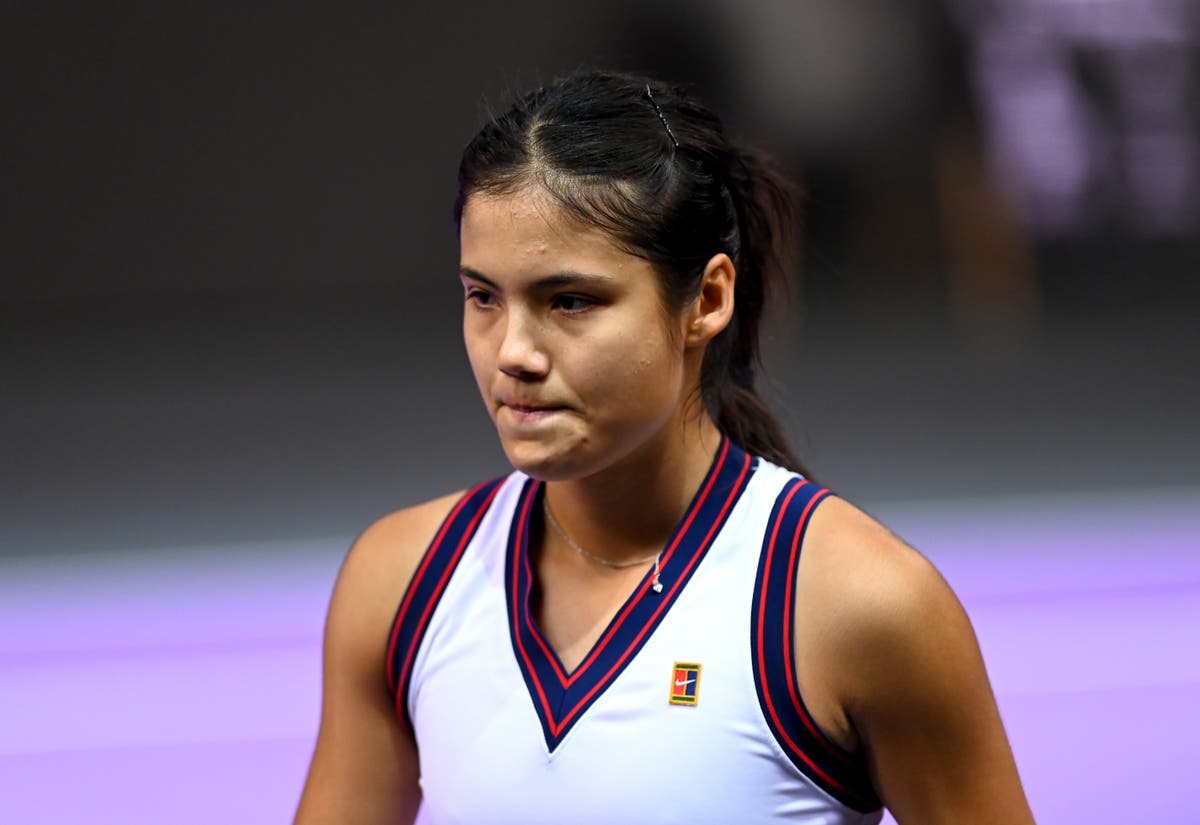 Emma Raducanu played down the significance of being the top seed at a WTA Tour event for the first time as she prepares to begin her final tournament of the season.

The US Open champion broke into the top 20 on Monday and is the highest-ranked player at the Upper Austria Ladies Linz tournament.

She will play her opening match on Tuesday against Chinese qualifier Wang Xinyu as she looks to build on her first two main tour victories in Romania last month.

“It’s just as much motivation if not more to take out a seed. I just really want to have fun this week and try and enjoy it because it’s the last one of the season and I feel like I’m really in a positive mind space.”

Wang is ranked down at 106 but, as Raducanu has expertly demonstrated this year, that can count for little, and the Chinese player is in good form having already won three matches this week – two in qualifying and then a first-round victory over Kateryna Kozlova on Monday.

“I’m happy that I get the chance to play her and I will just try to enjoy it and play my tennis,” said the 20-year-old Wang.

“Girls’ tennis has always been not a huge gap between players that are in the top 20 or top 100, or even 150. I think it’s just a few matches that gives you confidence, I think everybody can play so there are no easy matches and everybody can win if you believe in yourself and believe in your shots.”

Raducanu’s mother Renee – who is in Austria with her – is Chinese and the teenager’s New York success prompted much interest in China.

Raducanu sent a message to her Chinese supporters in Mandarin from New York, and Wang said: “After she won the US Open there was a lot of news about her because obviously her mum is from China.

China is the biggest commercial market for women’s tennis and Raducanu’s links to the country are likely to be lucrative for her financially in the future.

“Yes, definitely,” said Wang. “China for tennis has been always a big market. I didn’t know she can speak Chinese but that’s definitely good for her.”

The 20-year-old remembers Raducanu from her junior days, although the pair did not cross paths much.

Wang had a very successful junior career but has seen her progress in the senior ranks slowed by China’s strict coronavirus measures, with travel difficult and players facing mandatory quarantine periods when they go home.

She did so in July but has been back on tour since September and has shown encouraging form under her new British coach, Iain Hughes, who formerly guided Elina Svitolina and Belinda Bencic and was one of the possibilities touted for Raducanu’s vacancy.

‘I take the game deep to win it’: Ravindra Jadeja likes to finish the ‘Mahi way’ | Cricket News – Times of India

The violence in Ethiopia imperils an impressive growth record