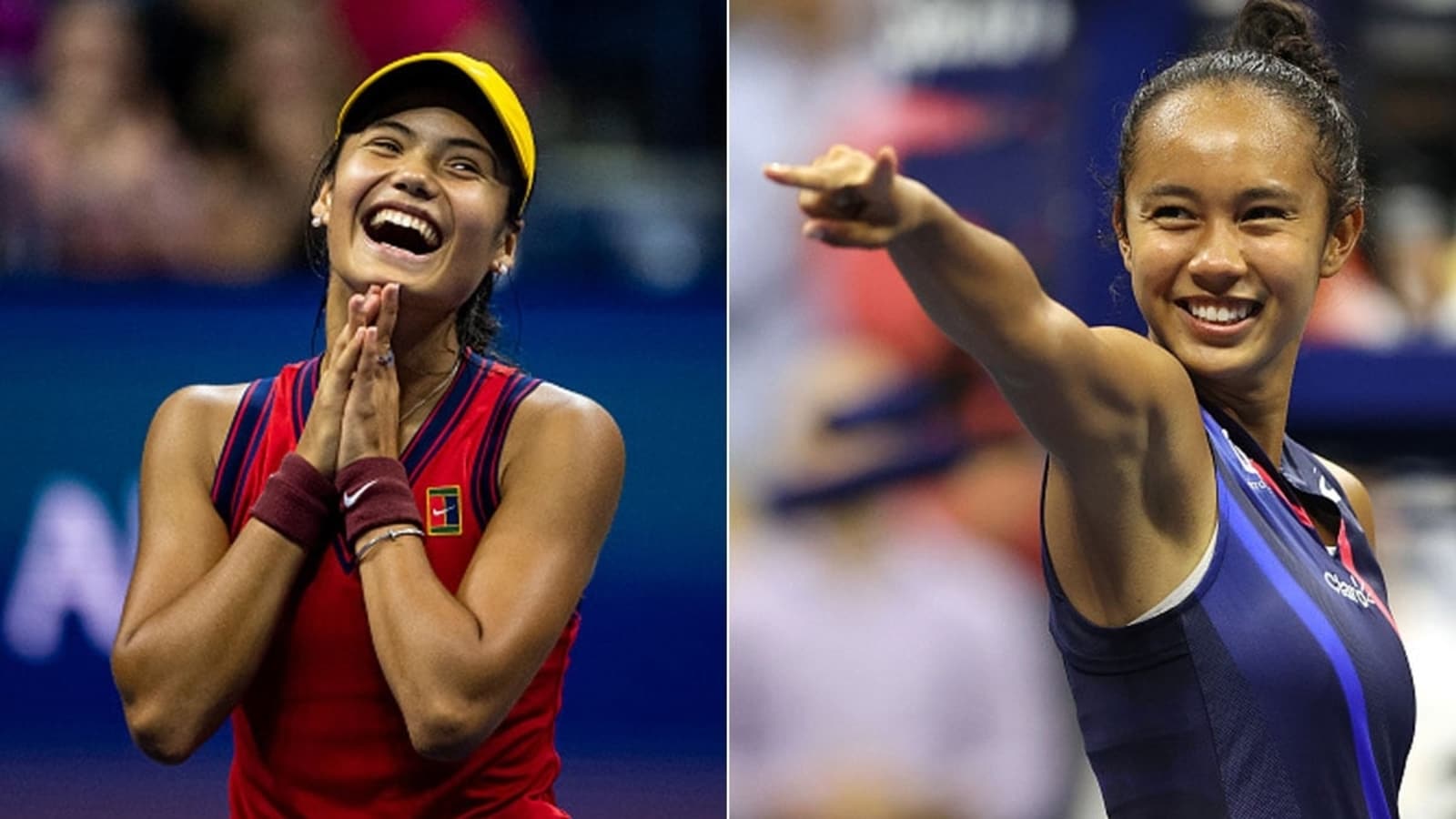 Google Leylah Fernandez and the first name that pops up in the “people also search for” section is Emma Raducanu. The two teens might forever be intertwined after their dream run to the women’s singles final of the 2021 US Open, lighting up the season’s final Grand Slam with their effervescence, mature mind and dominant play.

Over a month since that historic evening in New York where Raducanu beat Fernandez in a high-quality final, their paths have diverged. Both marked their return to tennis after touching the sky in the desert of California, at the WTA 1000 BNP Paribas Open in Indian Wells in early October. Raducanu, 18, lost her first match as US Open champion, to 100th-ranked Belarusian Aliaksandra Sasnovich 6-2, 6-4 in the showpiece court. In her next tournament in Romania this past week, the fresh entrant to the top-25 rankings club endured another defeat to a lower-ranked player. After winning her first two matches at the Transylvania Open, the British player lost the quarter-final 2-6, 1-6 on Friday to fellow teen Marta Kostyuk, the Ukrainian world No. 55, after an admittedly tired Raducanu committed 41 unforced errors.

Many former champions have voiced caution about the after-effects of tasting overnight success in elite tennis, especially for those taking early steps in their careers. The likes of Jelena Ostapenko, Sloane Stephens, Bianca Andreescu and Sofia Kenin—all young one-Slam winners—can vouch for that. While it’s too early, and Raducanu is too inexperienced on the WTA tour for her to be spoken of in the same breath, she acknowledged that jumping from one tournament to another with a bagful of expectations is something she is yet to get used to.

“It’s been a lot of learnings and I’ve experienced a lot in the last six months with not so much gaps. I’m just adapting to the fast-paced life of the tour and obviously still very new to it, so it’s still going to take me some time to adjust,” she said on Friday.

The 19-year-old Fernandez, on the other hand, has picked up from where she left off at the US Open. The US-based Canadian beat two vastly more experienced rivals at Indian Wells before losing a tight battle with American Shelby Rogers 6-2, 1-6, 6-7(4) in the pre-quarterfinals. Fernandez has since taken a breather for a family vacation.

The teens’ display on court has been as different as their time off it after the US Open fairytale.

Raducanu, plying largely in lower-tier tournaments till then, suddenly found herself at the summit when she became the first qualifier ever to win a Grand Slam title. That she did it without dropping a set through the three weeks made it all the more astonishing. A never-seen-before paycheck greeted the new British star, so did the unprecedented spotlight.

There she was on leading American TV shows, making an appearance at the New York Stock Exchange, headlining the Met Gala, a fundraising event that brings together the crème de la crème of music, art, movies, fashion and sport.

The Briton returned home to a swamp of new sponsorship deals and some more starry nights, which included walking the red carpet at the premiere for Daniel Craig’s new James Bond movie. Raducanu was royalty, invited to play tennis with the Duchess of Cambridge, Kate Middleton, in London.

In a recent interview, Raducanu, who finished school only earlier this year, termed the last few weeks as an “out-of-body experience”. “I think it’s going to take me time to adjust really to what’s going on,” she said after her loss at Indian Wells.

Raducanu also made the surprise decision to part ways with her coach Andrew Richardson, who had been with her from when she was competing in nondescript events to making a mark at this year’s Wimbledon as a wild card. Raducanu’s reasoning: she wanted a coach with more top-level experience.

The more things changed for Raducanu, they remained the same for Fernandez. That, by the way, includes her on-court attire; the sleeveless blue top and white skirt strikingly similar from New York to Indian Wells.

Fernandez arguably had an even more outrageous US Open, taking down three top-5 players and two former champions in Naomi Osaka and Angelique Kerber while storming into the final. Her post-match speeches in New York were as charming as her style of play.

Sharing an immigrant background like Raducanu, Fernandez too basked in the limelight, though not as headline-grabbing as the Briton. Fernandez attended the Met Gala and signed up as the new face of a few brands, but was soon back in her training shorts, shadow practicing her forehands and two-handed backhands and announcing her Indian Wells entry a couple of weeks after the US Open.

Fernandez was happy to fly under the radar. She kept things exactly as they were before the New York march, with her mother and fitness trainer supporting her from the stands at Indian Wells and her father-coach from home.

“I have a great team around me to let me focus on my craft, my tennis, and not let me be overwhelmed by everything that’s going on right now,” Fernandez was quoted as saying by bnpparibasopen.com. “They really minimize these expectations on me. I don’t feel too pressured. I don’t feel overwhelmed. I’m just here on the tennis court being the same old Leylah.”

Same old indeed, troubling opponents with a power game complemented with the lefty angle and an ability to raise her level on big points. After breezing past the experienced Alize Cornet in the first round at Indian Wells, Fernandez beat ninth seed Russian Anastasia Pavlyuchenkova for her fifth straight victory over a top-20 player, a run stretching to the US Open. She was on track for a last-eight entry by bossing the first set against Rogers before the 29-year-old American turned it around, winning a third-set tiebreaker.

As contrasting as their pre- and post-US Open run has been, it’s easy to forget the commonality between Raducanu and Fernandez—two young players very new to the upper echelons of tennis, to expectations that follow unexpected success, to the baggage that accompanies early stardom, charting their paths to build on a magical fortnight.

Bairstow, Woakes and Malan poised to pull out of Indian Premier League

What was the safety issue and how has England’s decision gone down in Pakistan?

Complete A to Z of beauty – Times of India

If climate provisions fall out Biden’s budget, people of color will pay