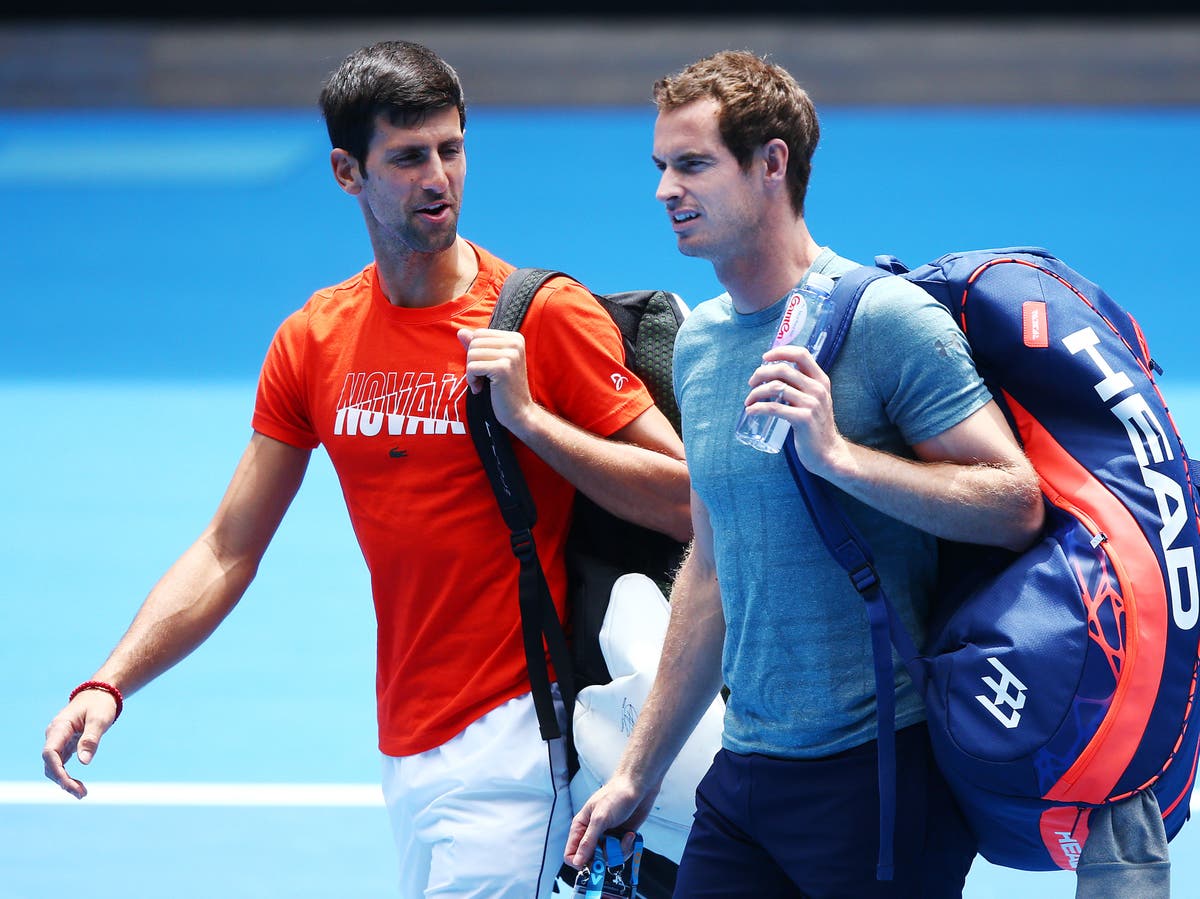 Andy Murray has said Novak Djokovic still has questions to answer over his controversial entry into Australia, despite the world No 1 winning an appeal against being deported from the country.

Djokovic is set to defend his Australian Open title after an order to cancel his visa following scrutiny of his medical exemption for the Covid vaccine was quashed in a court hearing.

But while Djokovic has returned to the tennis court following his release from an immigration facility, the Serbian is still facing the possibility of having his visa revoked as the Australian minister for immigration considers whether to exercise a personal power of cancellation.

Djokovic has also yet to address claims that he attended a public event after returning a positive PCR result last month and the player’s family abruptly shut down a press conference when asked whether he had broken self-isolation rules on Monday.

It also emerged on Tuesday that the Djokovic’s travel documents may have included false information after images on social media threw into doubt his claim that he did not travel for 14 days prior to entering the country.

Djokovic has yet to face the media since his release on Monday, despite taking part in two practice sessions at the Rod Laver Arena in Melbourne. In a post on social media, in which he confirmed he would be playing the Australian Open as planned, Djokovic said: “For now I cannot say more”.

And while Murray, a long-time friend and rival of Djokovic, welcomed his the outcome of the court hearing and his release, the former British No 1 said he must address those remaining questions ahead of the start of the tournament on 17 January.

“It’s positive that he’s not in detention any more,” Murray said, after he stepped up his Australian Open preparations with his first win of the season at the Sydney International Classic.

“Obviously he won in court so that’s a positive thing for him. Hopefully he will be able to concentrate on the tennis now.

“I think there are still a few questions that need to be answered around the isolation and stuff, which I’m sure we’ll hear from him in the next few days.”

Murray had previously called the uncertainty over Djokovic’s visa “really bad” for tennis and said players had been left shocked by the original decision to revoke his visa upon arriving in the country.

Rafa Nadal said the controversy around Djokovic had developed into a “circus” while the men’s professional tour said the saga had been “damaging on all fronts”.

Murray also expressed frustration that the questions around Djokovic were detracting from his own preparations.

“I mean, I’m obviously here to try and play and win tournaments,” Murray said. “It’s the first match that I have played here or won here in over three years, and this is where the situations like this are frustrating for players because I want to come off and talk about my tennis and what’s happening there, not talking about situations like that.

“So I’m hoping that we can move on from it now. Like I said, he won in court, which is good. Looks like he’s going to be able to play and compete in the Australian Open. We do want the best players there, but like I said, I think there is still a few questions to be answered.

“Until that happens, tough to give a definitive opinion on everything. But like I said, positive that he’s out and practicing.”

Had to give up one, so chose T20 World Cup and Ashes over IPL: Chris Woakes | Cricket News – Times of India

‘If I’m Willing to Put my Body on the Line, so Should Everyone Else’: Dean Elgar After Match-Winning Knock Against India