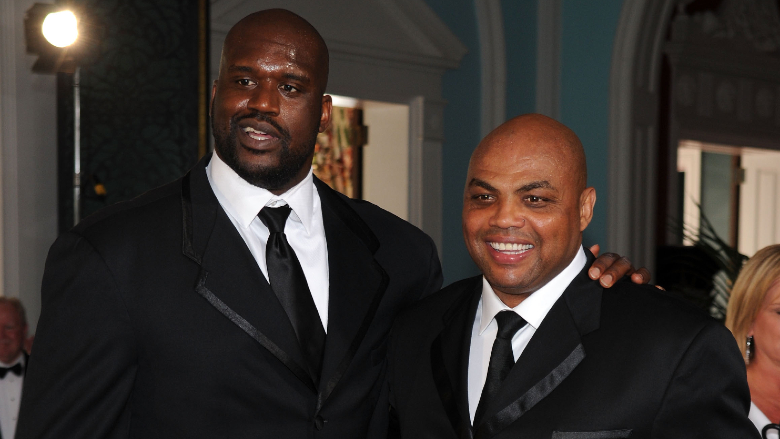 Shaquille O’Neal and Charles Barkley attend the grand opening of the Casino Club at The Greenbrier.

Ever since Ben Simmons made it known that he would like a fresh start with a new team — and that he was willing to forgo reporting to training camp to make it happen — the Philadelphia 76ers star has been receiving criticism from all directions. Most recently, it was a pair of Hall of Famers taking him to task.

Barkley made his debut appearance on The Big Podcast with Shaq on Wednesday, discussing a myriad of topics with his NBA on TNT cohort. When the subject of Simmons came up, though, the legendary big men showed little restraint in ripping the former No. 1 overall pick.

Sir Charles Dunks on the Aussie

Given his history with the Sixers franchise, Barkley’s thoughts on the Simmons situation undoubtedly carry a level of weight with the Philly faithful. And Sir Charles is clearly less than impressed with the way Simmons has handled himself.

“I’m disappointed in Ben Simmons,” Barkley said. “When you give somebody $200 million to dribble a stupid basketball and the only thing you ask him is be better as a player, and their first response is, ‘I don’t want to play here anymore,’ that disappoints me as a player, it disappoints me as a fan. They’re not saying, ‘Hey, come over here and cut my grass.’ They’re saying, ‘Ben, we need you to learn how to shoot the basketball.’”

“I live in Philadelphia during the summer. This is the third year in a row where they put up those bulls**t jump shots during the summer,” he said. “I’m not falling for the banana in the tailpipe anymore.”

Over his four years in the Association, Simmons has attempted just 34 three-point shots, making five of them (or 14.7%). Moreover, 91% of his shot attempts last season came within 10 feet of the hoop.

The latest Sixers news straight to your inbox! Join the Heavy on Sixers newsletter here!

Shaq: ‘You’re Not That Good’

While Barkley is the one with the Sixers ties, O’Neal may have been the one who truly dropped the hammer on Simmons here. The four-time NBA champion offered a stunning appraisal of Simmons’ talent level.

He further took the three-time All-Star to task for his social media activity.

“Don’t be putting pictures on your Instagram of your Ferrari or what actress you’re hanging around with,” O’Neal said. “When you play for a town like Philadelphia, Boston, L.A., Miami — a hard-working town — they don’t give a s**t about none of that. They want you to come, work hard and play hard.”

“I was at that Game 6 when that man didn’t even look at the basket. And I know, as a player, the first thing I do is I look in a player’s eyes. That man was out there terrified. Not terrified of playing, but terrified of being fouled and missing free throws. Forget all that.”

Teams With Contrasting Fates Clash for Place in Big Final

Make Montauk Your Next Fall Getaway