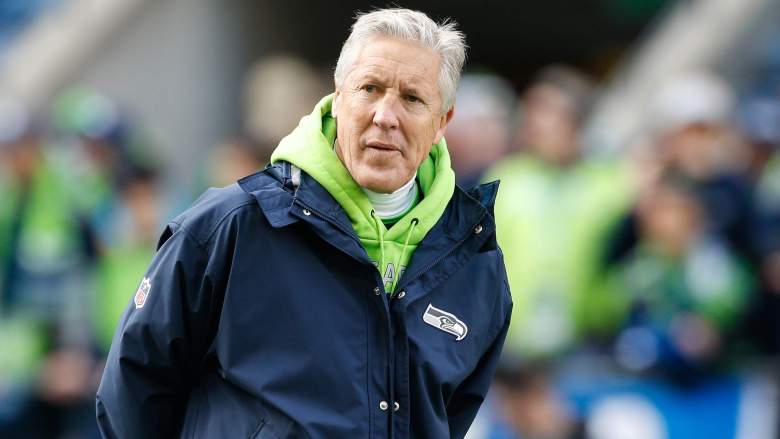 The Seahawks received some frustrating news.

The Seattle Seahawks are a little bit thinner on the offensive line after placing center Ethan Pocic on Injured Reserve and losing guard Jordan Simmons to the Las Vegas Raiders. Las Vegas was able to sign Simmons off the Seahawks practice squad and add him to their active roster.

Pocic was the Seahawks starting center in 2020 and was alternating snaps with Kyle Fuller in Week 1. The news means Pocic will miss at least the next three games as part of the NFL IR rules. The Seahawks technically named Fuller the starter, but both players saw the field against the Colts in the season opener.

Pocic played 26 % of the snaps, while Fuller saw the majority of plays at 74%, per The Seattle Times Bob Condotta. Heading into the final preseason game, Seahawks head coach Pete Carroll admitted the team felt confident in either player at center.

“He could easily be the starting center for us, and we feel really good about that,” Carroll said, per USA Today. “The great thing about it is that he still has Ethan sitting right there to push him. He’s known the whole time, we talked to him straight up about this competition and how it was going to go down in camp. He has not taken anything but forward steps the whole time.”

Simmons was initially released by the Seahawks as they finalized their 53-man roster, but the team was able to re-sign the guard to their practice squad after he passed through waivers unclaimed. After Simmons was initially released, The Athletic’s Michael-Shawn Dugar pointed out that the lineman should have some appeal to opposing teams after a strong training camp.

“Between Jordan Simmons and Phil Haynes, I think some teams could bolster their IOL room by picking up the former Seahawks,” Dugar tweeted on September 1.

Carroll sounded optimistic about Pocic’s return timeline noting the team is hoping it is a “three-week deal.” This would be the best-case scenario for the center, but there is also a chance Pocic could be sidelined longer.

“We’re hoping it’s a three-week deal, you know, we get him back in three, minimum,” Carroll told reporters on September 15. “He’s actually moving, he can flex his knee. It’s not all blown up or anything like that. He’ll have a chance to do that.”

Pocic also battled injuries during training camp which impacted his practice time. It will be interesting to see if Pocic will continue getting snaps when he returns, or if Fuller is able to take hold of the starting role for the rest of the season. During the preseason, Carroll admitted Pocic’s health made for uneven reps between the two players.

“That was going to be a really nose-to-nose battle,” Carroll noted in August, per USA Today. “We were going to even up those reps and see what was going to happen at the end of the fight and know that we were generating a really good competitive spot. So, it didn’t work out that way.”

Emma Raducanu breaks silence after being forced to retire from Wimbledon

No Family, No Ashes Tour for England Vice-captain Jos Buttler

Besides Unmukt Chand, Here are 4 Other Indians Who Played for Other Countries

Passwords Aren’t Enough Anymore. Here’s What Else Your Business Needs to Stay Secure