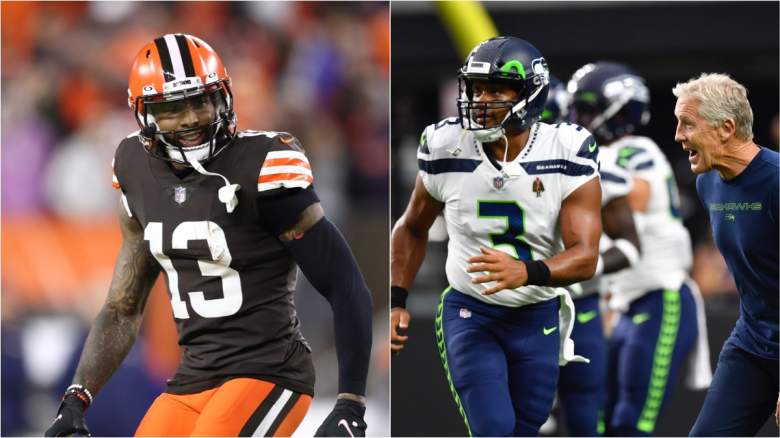 After days of rumors, the Seattle Seahawks have finally addressed the idea of the team potentially adding Odell Beckham Jr. Seahawks head coach Pete Carroll left the door open to potentially claiming Beckham but declined to reveal the team’s decision. The Seahawks have until 4 p.m. Eastern on November 9 to put in a claim and sit at No. 9 in the waiver order.

“You’ll have to wait and see how this all goes, but at this time, I don’t know,” Carroll responded when asked about Beckham during his November 8 press conference. “I’ve been on the practice field, I don’t know what’s going on with any of it. As you would think, we’re aware of what’s going on, and we’ve been involved to understand it and competing to know what’s happening and we’ll let you know as it all happens. I gotta wait.”

After a long pause, Carroll explained why he was being so vague with his answer.

Carroll on OBJ: ‘He’s as Talented as You Could Be in Years Past’

Despite not revealing the Seahawks’ decision, Carroll talked as a person that knew more than he was going to share. During a follow-up question, Carroll was asked in general terms what appealed to the team about adding “accomplished, veteran receiver[s].” In the past, the Seahawks have signed Josh Gordon and explored adding Antonio Brown before he opted to join the Buccaneers. Carroll admitted Beckham was “as talented as you can be.”

“He’s a really good football player, he’s as talented as you could be in the years past,” Carroll noted. “So, you’re always looking for guys that can do special stuff. Forever, I’ve shared with you guys that were looking for uniqueness and people that are different than other people and give you different dimensions to their play.

“So, that’s what we’re trying to figure out, investigate and see if there’s a chance and all that kind of stuff, if it makes sense. In essence, I’m going to stall telling you what’s going on, just because.”

Discover more from Heavy on Seahawks↓

Unlock the latest Seattle Seahawks news, rumors and exclusives — direct to your inbox. ↓

Australia expecting Ben Stokes to play in the Ashes

Valbuena sex tape trial: Why is Benzema the main villain?