Ravens Get More Bad News With Injury to Starting Lineman 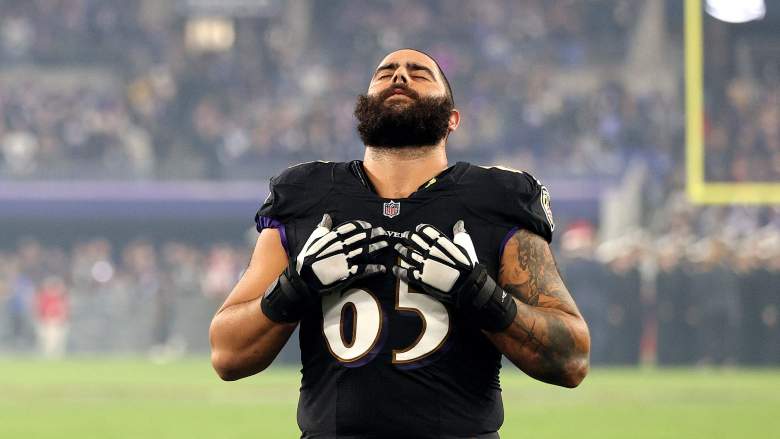 The Baltimore Ravens have suffered yet another injury, this time to starting right tackle Patrick Mekari, who left Baltimore’s December 5 loss to the Pittsburgh Steelers with a hand injury.

Mekari was noticeably limping during the first half, potentially aggravating an ankle injury that held him out for two games already this season. But it was a hand injury that prevented him from returning to the field in the second half, with second-year offensive lineman Tyre Phillips replacing Mekari for the rest of the game.

Mekari’s injury is the second devastating injury to come out of the Ravens’ trip to Pittsburgh, with All-Pro cornerback Marlon Humphrey getting knocked out for the season as well.

The Ravens’ offensive line quickly fell apart, committing multiple penalties and allowing a strip-sack of Lamar Jackson soon after Mekari left the game, per Jonas Shaffer of The Baltimore Sun.

“Mekari has a hand issue,” head coach John Harbaugh told media after the game, adding, “Could be a few weeks.”

After leaving the Ravens’ Week 7 loss to the Cincinnati Bengals with an ankle sprain, Mekari then missed Baltimore’s next two games – against the Minnesota Vikings and the Miami Dolphins – before returning against the Chicago Bears in Week 11.

Harbaugh’s initial estimation for Mekari’s absence indicates that the third-year offensive lineman could return before the end of the season. But in the meantime, the Ravens will be searching for answers after giving up seven sacks to the Steelers.

How Will Ravens Replace Mekari?

Phillips will be the Ravens’ first replacement for Mekari, but he’s not exactly an encouraging one.

He allowed five pressures in just 26 pass blocking snaps after taking over against the Steelers, and struggled as the Ravens’ starting right tackle in Weeks 9 and 10. The Ravens still have the likes of Jadaveon Clowney, Myles Garrett, Von Miller and Zadarius Smith still on their schedule, plus another matchup with T.J. Watt, who repeatedly dominated Phillips in Pittsburgh.

This is where veteran offensive tackle Ja’Wuan James could figure into Baltimore’s plans. He’s been recovering from an Achilles injury all season, with a projected return date of December from Harbaugh.

Well, it’s December 6, and James’ return couldn’t come at a better time. He’s struggled with injuries dating back to the 2019 season, but he has proven experience at right tackle. If healthy, he likely presents a better option than Phillips.

James hasn’t begun to practice with the Ravens yet, but he’s been learning the offense all season. Once he’s physically ready to play, he could be a dramatic late-season addition to the struggling Ravens offense.

To further complicate matters, Mekari’s contract expires after this season, making him a restricted free agent. Despite his struggles at center, he’s emerged as a reliable right tackle for the Ravens this season, ranking third among Baltimore’s offensive linemen with a 68.9 overall blocking grade from Pro Football Focus.

He’s also above the league average in both run block win rate and pass block win rate, demonstrating some impressive consistency at his first season at right tackle.

A 74.9 pass blocking grade has also been a pleasant surprise from the undersized Mekari, which will make it hard for the Ravens to re-sign him to a deal anywhere near as inexpensive as his current contract. He earned only $1.8 million over his last three years in Baltimore, per Spotrac, but PFF’s Brad Spielberger estimates that he could be worth up to $20 million over three years.

But other teams may not value Mekari as much as the average starting offensive tackle, due to his 31-inch arms that are short for the position. But his fit in Baltimore and relative youth – he’s only 24 years old – could encourage the Ravens to re-sign Mekari. He’s definitely played his way into future consideration for the Ravens at right tackle, though James or a potential 2022 draft pick could be part of those plans as well.

Discover more from Heavy on Ravens↓

Unlock the latest Baltimore Ravens news, rumors and exclusives — direct to your inbox. ↓

India Leave Australia at 143/4 at Stumps On Day Three

Willie Garson, ‘Sex and the City’ Actor, Dead at 57

Cozy Up With Candles That Set The Mood For Christmas